Tephrosia purpurea Linn. (Fam: Leguminosae, Syn.: Sanskrit: Sharpunkha; Hindi: Sarponkha; English: Purple Tephrosia] is a perennial herb found throughout the Indian subcontinent. Its aerial parts and roots are used in bronchial asthma [1,2], hepatic ailments [3,4], cutaneous toxicities [5], pain and inflammation [6]. Reactive oxidative species have been implicated in the genesis of these disorders. We have therefore in the earlier studies [7] examined the antioxidant potentials of the ethanolic extract of T. purpurea. The studies revealed that the extract has significant free radical scavenging and antilipid peroxidation activities. However, it failed to scavenge the hydroxyl radicals.

The hydroxyl radical is an extremely reactive oxidizing radical that reacts with most molecules at diffusion-controlled rates [8]. It was, thus, logical to expect ·OH radical to react with the extract that showed significant free radical scavenging and antilipid peroxidation activities. However, since the in vitro model used for determination of hydroxyl radical scavenging potential employed totally aqueous system, it is possible that the relatively less polar active principles of the extract responsible for the antioxidant activity might have precipitated into the aqueous medium and hence could not participate in the reaction. We therefore, examined the effect of fractionation of the extract on the antioxidant potential of the plant extract.

Aerial parts of T. purpurea Linn. were obtained from and authenticated by at the department of Dravyaguna (Herbal Pharmacology), Y. M. T. Ayurvedic Medical College, Khargar, Navi Mumbai. The aerial parts of the plant were dried at room temperature, powdered to coarse size and examined for macroscopic and microscopic characteristics. Wistar rats (150-200 g) and Swiss mice (20-25 g) of either sex were housed in clean acrylic cages and allowed free access to standard laboratory chow and water. All animal studies were carried out in accordance with the Guidelines of the Committee for the purpose of control and supervision of experiments on animals by the ministry of social justice and empowerment, Govt. of India. The studies were approved by the Institutional Animal Ethics Committee of Bombay College of Pharmacy.

Effect of TP on PMA-induced superoxide generation in vivo

Swiss mice of either sex (20-25 g) were injected with sodium caseinate (0.2 ml of 0.5% aqueous solution) to elicit the macrophages. On the day 5, mice were administered with 100 μg of PMA intraperitoneally [9]. The test agent (TP) was administered 1 h before PMA in different doses. Animals were sacrificed 2 h after the PMA administration. Phosphate buffered saline (PBS, 2 ml) was injected intraperitoneally and the abdomen was massaged for 3-4 min. The peritoneal fluid was withdrawn by lavage and centrifuged. The pellet was suspended in phosphate buffered saline (1 ml). The macrophages count in the suspension was adjusted to 4×106 cells/ml using 0.1% crystal violet containing 0.024% citric acid as the stain. The cell suspension (1 ml) was incubated with a mixture (1 ml) of nitro blue tetrazolium chloride (0.2% in PBS), 5% dextrose and sterile Hank’s solution (3:1:2, respectively). The mixture was kept for 3-4 h in dark and then centrifuged at 1300 g for 15 min. The pellet was mixed with 1,4-dioxane (3 ml) and boiled for 15 min. The mixture was cooled and centrifuged. The absorbance of supernatant was measured at 530 nm.

Effect of TP on CCl4-induced lipid peroxidation in vivo

Wistar rats (150-200 g) of either sex were orally administered with carbon tetrachloride (50% solution in arachis oil) in a dose of 4 ml/kg. TP was given (25–100 mg/kg) orally 1 h before CCl4 administration. Rats were sacrificed 24 h after CCl administration and the livers 4 were quickly removed and chilled in ice-cold 0.9% NaCl. The malondialdehyde (MDA) content was estimated in the liver homogenate using the method of Ohkawa et al.[10]

TP (10 g) was suspended in 100 ml of distilled water. This suspension was exhaustively extracted with less polar solvents viz. benzene, chloroform or ethyl acetate separately. The upper organic layer was separated and evaporated below 50 under reduced pressure to obtain the respective fraction. The ethyl acetate soluble fraction obtained above is referred henceforth as EA (yield: 6.37% w/w of starting crude material).

Effect of EA on free radicals

The ability of EA to scavenge the free radicals was determined by an in vitro assay method using a stable free radical DPPH (1,1-diphenyl, 2-picrylhydrazyl) [7,11,12]. Effect of different concentrations of EA (10-60 μg/ml of the final volume) on the lipid peroxidation in rat liver homogenate [7,11] was measured in vitro in terms of formation of thiobarbituric acid reactive substances (TBARS) [12,13]. The effect of EA on superoxide generation and on CCl4-induced lipid peroxidation in vivo was investigated in doses of 100-400 mg/kg and 25-100 mg/kg, respectively, using the procedures explained earlier for TP.

The results are given as mean±SD. The data obtained were analyzed by one-way analysis of variance (ANOVA) followed by Student’s t test. Differences were considered significant at the 5% level. The IC50 value was calculated using linear regression analysis of the percent inhibition obtained using different concentrations. The regression equation was obtained and the concentration required to produce 50% inhibition (IC50) was calculated. 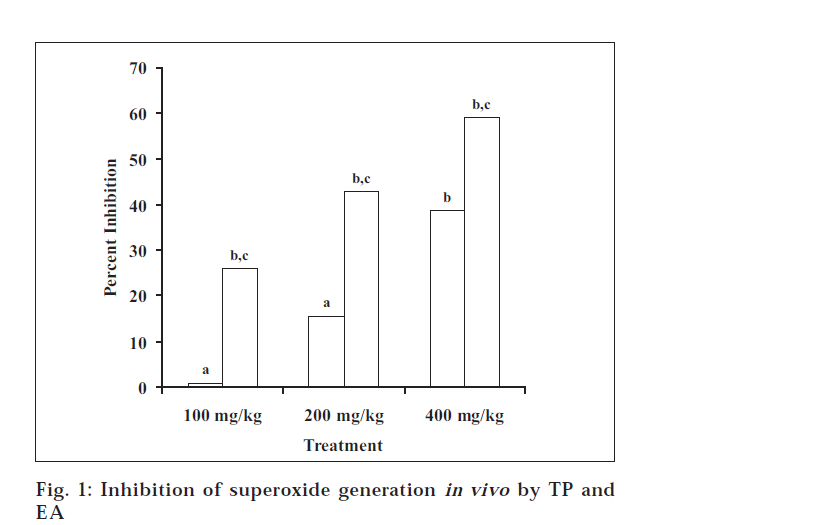 Fig. 1: Inhibition of superoxide generation in vivo by TP and EA Values are expressed as mean±SD of 6 observations; TP (

Macrophages have been involved in the processes of inflammation, allergy and asthma. It is known that during inflammation and associated processes, there is an increased production of superoxide ions [15]. T. purpurea has been reported to have mild antiinflammatory [16], antiallergic and antiasthmatic activities [1,2,17]. It may be possible that the inhibition of superoxide generation in peritoneal macrophages is related to the antiinflammatory activity of the plant T. purpurea.

TP at dose of 25, 50 and 100 mg/kg produced significant inhibition of lipid peroxidation induced by CCl4 to the extent of 21.7%, 45.4% and 72.7%, respectively (fig. 2). CCl4 is known to cause liver damage in vivo by generation of free radicals. The homolytic cleavage of the haloalkane, occurring mainly at the hepatic microsomal cytochrome P450 site, gives rise to the trichloromethyl radical (CCl3), which, in turn, rapidly reacts with molecular oxygen yielding the trichloromethylperoxyl radical (CCl3O2·) [18-20]. These free radicals are generally considered to cause the damage to the liver. The present study showed that ethanolic extract of T. purpurea inhibited the lipid peroxidation in vivo. It is also reported to inhibit lipid peroxidation in vitro [7]. It may thus be possible that the hepatoprotective activity of T. purpurea is due to antilipid peroxidation activity. Fig. 2: Inhibition of lipid peroxidation in vivo by TP and EA Values are expressed as mean±SD of 6 observations; TP ( 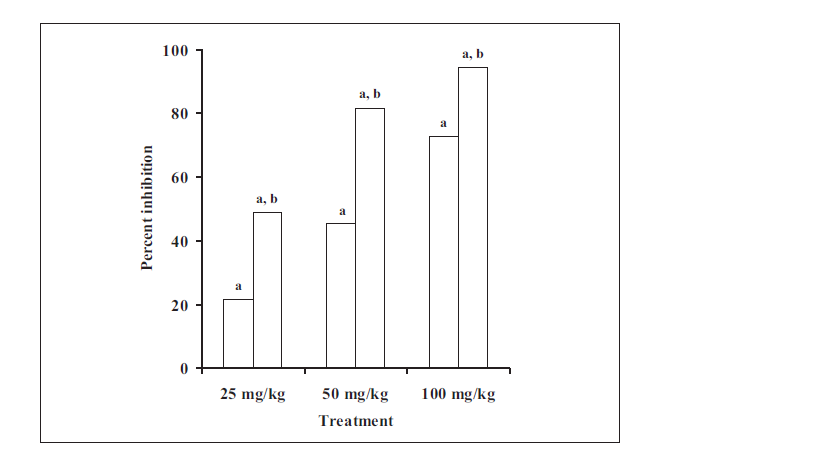 Table 1: Effect Of Ea On The Lipid Peroxidation In Vitro

To substantiate above in vitro observations, the in vivo antioxidant activity of fraction was estimated and compared with TP. Ethyl acetate soluble fraction was subjected to in vivo studies viz. carbon tetrachloride-induced lipid peroxidation in rats and superoxide generation in mice and the corresponding results were compared.

Thus, in the present investigation, EA had consistently shown better antioxidant activity than TP in different models. The possible reason for these observations may be the fractionation of active constituents. The TP may contain both polar and non-polar constituents. On ethyl acetate fractionation, only the non-polar antioxidant principles might be getting extracted leaving behind the polar components. This fact, in turn may be responsible for the ethyl acetate soluble fraction of ethanolic extract (EA) exhibiting a better antioxidant profile than the ethanol extract (TP).

This indicates that the ethyl acetate soluble fraction may provide an important lead in progressing towards isolation of the antioxidant principles from the plant T. purpurea. The fraction can be further fractionated and the individual components separated out to isolate the most active compound. These sub-fractions or individual components can be exploited in the treatment of various diseases or design of agents with better antioxidant activity.

We are thankful to the All India Council for Technical Education, New Delhi, India for providing a research grant and fellowships to two of the authors (KS and PSK). Thanks are extended to Dr. Aashish Phadke for his help in supply and authentication of the plant material for the study. We are also thankful to Dr. Krishna Iyer, Asst. Prof, Bombay College of Pharmacy, Kalina, Santacruz (E), Mumbai, for his valuable suggestions and advices at different stages of this study.