Biological assay and antimitotic activity of novel analogues of ?-apopicropodophyllin

K. M. Lokanatha Rai, Y. B. Basavaraju* and B. Sadashivamurthy

Antimitotic activity of new synthetic analogues benzyl (4), cyclohexyl (5) and 1,4-ethylenedioxy cyclohexyl (6) of β-apopicropodophyllin has been determined by onion root tip method. Analogues 4,5 and 6 synthesised in the present work showed strong to moderate antimitotic activity. They might bind to the critical cells either through hydrophobic forces or acylation is not clearly known but inhibits mitosis in the critical cells.

Podophyllotoxin (1) and several of its analogues and derivatives exhibits strong antimitotic activities [1] and some at clinical level [2]. Most of these compounds contain a transfused highly strained γ-lactone system [3] which undergo isomerization slowly to their thermodynamically stable cis form [4]. Podophyllotoxin is a transfused lactone ring compound, which is more active than its cis isomer Picropodophyllin [5] (2). ß-Apopicropodophyllin (3), a dehydration product [6] of (1), contains cis fused lactone ring system acts as a much stronger antimitotic agent [5] (fig. 1).

Literature survey on the structure activity relationship among the podophyllotoxin analogues has revealed that no effort has been made towards the study of the effect of replacement of ring C with a benzyl, cyclohexyl group and a cyclohexyl group with modified methylene dioxy ring system to ethylenedioxy group in (3) on the antimitotic activity. With this in view, we have synthesized [7] analogues (4-6) of (3) and studied their antimitotic activity by onion root tip method [8,9] (fig.1) 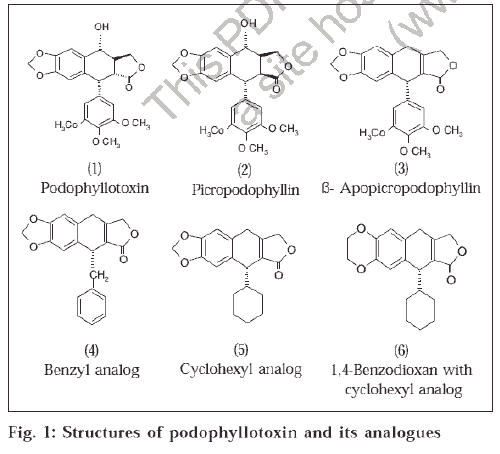 Figure 1: Structures of podophyllotoxin and its analogues

One of the possible modes of action could be that the strained lactone ring of podophyllotoxin (1) or ß-apopicropodophyllin (3) act to acylate a critical cell constituent on an NH, SH or OH function thereby blocking the function of such a cell constituent. Chemically, the acylation process would be favoured by the removal of the strain in the lactone ring. Biochemically the acylation could destroy the activity of an essential cell constituent [10,11]. Another possibility is that the compounds (1 or 3) might act on a cell constituent not by covalent bond formation but by a non-covalent combination. Many examples of neutral compounds such as steroids binding to proteins by hydrophobic forces are known [12].

There has been growing evidence for the speculation that spindle poisons such as colchicine, vinblastine and podophyllotoxin which are potent antimitotic agents act by destroying the function of microtubules which constitute the spindle in the cell [1]. This spindle poisons bind non-covalently to the tubulin, the protein building block of microtubules and that this binding inhibits mitosis in the cells. Analogues (4-6) synthesized in the present work showed strong to moderate antimitotic activity. They might act with critical cell constituent either through hydrophobic forces or acylation is not clearly understood.

Sample solution was prepared by dissolving known weight (1-3 mg) of synthetic compounds in 3 ml of absolute ethanol and diluted with distilled water upto the mark in a 250 ml standard flask.

After removal of the old roots, onion base was immersed to an extent of about 0.5 cm in a sample tube (Ca 7 x 3 cm) containing the sample solution and the immersion is continued for two days for germination. After two days, the germinated root tips were removed and placed in the sample tube containing the fixing solvent (ethanol-acetic acid: 3:1 v/v). After 24 h, the fixing solvent was decanted and the root tips were washed with the preservating solvent (70% alcohol) and kept in the same solvent. Similarly onion roots were also allowed to germinate in a control solution (3 ml of absolute ethanol, diluted with distilled water to 250 ml without the synthetic compound). Root tips were placed on a clean watch glass containing staining solution (1 g of orcein in 45% of acetic acid -0.2 N HCl: 7:1 v/v) and heated on the flame until fumes come out. It was then cooled to room temperature. The heated onion root tips were placed on a microslide, a drop of stain solution and were squashed by a blade. The slide was next mounted for observation under a microscope. The total number of cells and the number of dividing cells were counted. The percent of the number of dividing cells compared to the control and the percent inhibition of mitosis by the sample at a given concentration against a control were calculated. A graph of concentration versus percent inhibition for each test compound was drawn. The concentration needed for 50% inhibition (ID50) was extrapolated from the graph according to the method of Hakala et al [13]. ID50 values for the synthetic compounds for antimitotic activity are tabulated in the Table 1.

The antimitotic activity data determined by using the onion root tip method puts compounds (3), (1) and (2) in the same relative order of activities [9]. The fact that (3) being the most active and (2) being the least active in consistent with the previously found relative order of activities for these three compounds by using P-815 mastocytoma cell cultured test [5]. Hence the onion root tip method is quite valid and reliable for the determination of the antimitotic activity of the new synthetic analogues.

The author is grateful to Department of Botany, University of Mysore, Manasagangotri, Mysore, for providing facilities to carry out this research work.