The present study was aimed to evaluate the anti-ferlility activity of Caesalpinia pulcherrima Linn in rats. The plant Caesalpinia pulcherrima is a shrub or small tree. The plant is normally considered to be an ornamental shrub which is planted in gardens and parks for its beautiful red or yellow flowers. The phytochemical screening of the plant has shown the presence of various chemical constituents like alkaloids, flavonoids, steroids and triterpenes. The bark extracts of Caesalpinia pulcherrima have exhibited significant estrogenic activity. Both the aqueous and alcoholic extracts have produced reduction in ovarian and increase in uterine weight in a dose dependent manner. Also there is a significant increase in antiimplantation and resorption in a dose dependent manner. The activity shown can be attributed to the presence of phytochemical constituents. 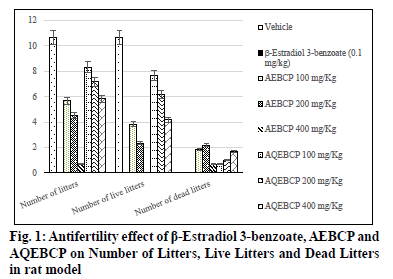 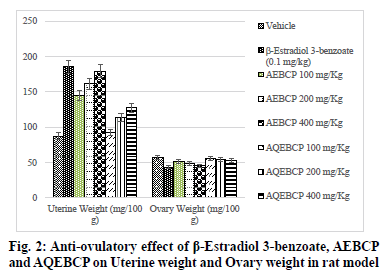