Ferrous sulphate (FeSO4), sodium hydroxide (NaOH) and hydrochloric acid (HCL) was purchased from Merck, India Ltd. All the chemicals were in analytical grade and used without any further purification. Streptococcus agalactiae (ATCC 13813), Staphylococcus aureus (ATCC BAA 976), Salmonella enterica (ATCC 13076), and Esherichia coli (ATCC 43888) strains were purchased from American type culture collection, USA and used in the study. Nutrient agar and MacConkey agar was purchased from Himedia Pvt. Ltd., India. M. ornata flower was purchased from a local retail shop in Chennai and utilized for the preparation of flower sheath extract.

M. ornata flower sheath was collected and washed thoroughly in water to remove the dust and other particulate matter. Fine pieces of sheath in water (200 g/l) were heated at 60° for 20 min followed by filtering through filter paper to separate out the extract. The extract was stored at 4° for further experiments.

A solution of FeSO4 (1 to 5 mM) was prepared by dissolving the FeSO4 in distilled water. In a typical green synthesis protocol, M. ornata flower sheath extract was used to reduce and cap the Fe ions. 10 ml of sheath extract was added into the aqueous solution of FeSO4 with normal atmospheric pressure. The mixture was constantly stirred at 70-80° for 8 h and subjected to further stirring at room temperature overnight without heating. The effects of different concentrations of precursor salt solution (1 to 5 mM), pH and time (0, 2, 4, 6, 8, 24 h) on the stability of FeNPs were studied by UV/Vis spectrometry. The pH of reaction mixture was adjusted with 0.1 N HCL and 0.1 M NaOH solution (pH 4, 5, 6, 7, 8, 9 and 10) using calibrated pH meter. To check whether the ratio between reducing agent and precursor salt solution have any effect on the rate and shape of nanoparticles formation, the reaction mixtures were prepared in different ratios (1:9, 2:8, 3:7, 4:6 and 5:5) and the maximum absorption wavelengths of iron colloids were recorded in UV/Vis region (from 200 nm to 800 nm).

Synthesis of FeNPs was preliminarily confirmed by recording the absorbance in UV/Vis spectra at a range of 200-800 nm. Change in surface plasmon resonance (SPR) of nanoparticles in the dispersion was recorded using UV/Vis spectrophotometer.

FeNPs in the powder form were used for XRD and FTIR spectroscopy analysis. The XRD patterns were collected on Bruker AXS D8 Advanced X-ray diffractometer with Cu Kα radiation and scanning angle 2θ over the range of 10-80°. XRD patterns were calculated using X‘per Rota flex diffraction meter using Cu K radiation and λ=1.5406 Å. Crystallite size was calculated using Scherrer Eqn., CS= Kλ/β cos θ, where CS is the crystallite size, constant K=0.94, β is the full width at half maximum (FWHM)(β=FWHM x π/180), λ=1.5406×10-10 and cos θ=Bragg angle [9]. FTIR was used to characterize the nanoparticles using the powdered sample by KBr pellet technique in the range of 400-4000 cm-1.

Synthesized FeNPs were characterized by AFM for their size, morphology and agglomeration. AFM image was taken with silicon cantilevers with contact mode. The mean particle size diameter and polydispersity indices of synthesized FeNPs were measured using photon correlation spectroscopy. The stability of nanoparticles in a colloidal suspension was determined based on the zeta potential value.

FeNPs synthesized using M. ornata flower sheath extract were tested for antibacterial activity by well diffusion method against S. agalactiae, S. aureus, S. enterica and E. coli. Twenty four hour fresh cultures of the bacterial pathogens were prepared on agar plates and the standardized (McFarland No.0.5) inoculums were used for the antibacterial assay. Powdered FeNPs were dissolved in sterile distilled water and sonicated. Four wells each of 5 mm diameter were made on each plate and the synthesized FeNPs solution, at a concentration of 1 to 4 mg/ml was loaded in each well. The plates were then incubated at 37° for 24 h and the zone of inhibition was measured.

Nanoparticulate technology has been found to have a wide range of applications since most of the biological processes occur at nanoscale levels. Chemical synthesis of nanoparticles involves the use of chemical reductants and the precursor salts in varying ratios. Establishing environment friendly nanoparticulate technology will be a welcome step in the modern scientific era. Green synthesis of metallic nanoparticles using plant extracts as reducing and capping agents is considered as a welcome step towards achieving eco-friendly and cheaper methods of generating nanoparticles. Moreover, green synthesis is gaining importance due to easy availability of plant materials and their pharmacological significance. Few metallic nanoparticles like MgO, CaO and ZnO have been reported to have antibacterial activities [10], which has prompted studies to assess the utility of metallic nanoparticles for their antibacterial activities. In present study, the flower sheath extract of M. ornata was used to synthesize FeNPs.

Synthesis of FeNPs was confirmed by the characteristic change of the sheath extract and aqueous FeSO4 mixture colour to dark yellowish brown. This indicated the reduction of aqueous iron ions to FeNPs when added to flower sheath extract of M. ornata and the colour reaction is the result of excitation of surface plasmon vibration in the metal nanoparticles [11].

The bio reduction of Fe ions in aqueous solutions was monitored by measuring UV/Vis spectra. UV/Vis spectral analysis was done at a wavelength range of 200-800 nm to study the absorption spectra of green synthesized FeNPs and the absorption peaks were observed at 250-350 nm ranges due to the excitation of surface plasmon vibrations in FeNPs as has been reported earlier [12]. Effect of precursor salt solution on nanoparticles synthesis revealed that 5 mM concentration of FeSO4 resulted in maximum nanoparticles synthesis with the absorption peak around 310 nm (Figure 1). The pH of the medium plays an important role in the size variability and dissolution kinetics of the nanoparticles [13]. As pH has been found to affect the stability of nanoparticles as well, in our study, the solution was adjusted to different pH and the concentration of FeSO4 was kept at 5 mM in 1:1 ratio. Maximum absorbance peak of FeNPs formation was found at pH 9.0 (Figure 2). As observed during the synthesis of silver nanoparticles [14], probably because of the availability of large number of functional groups for binding, more number of FeNPs were formed at pH 9.0. In general, alkaline pH was found to be optimum for the synthesis of metallic nanoparticles. The ratio between reducing and precursor salt solution implies the formation of nanoparticles and it varies from plant to plant. In the present study, maximum nanoparticle synthesis was achieved in the ratio of 3:7 (Figure 3). Though the reaction time is said to affect the stability of nanoparticles, we found no significant difference as far as reaction time is concerned after the addition of reducing agent (Figure 4). 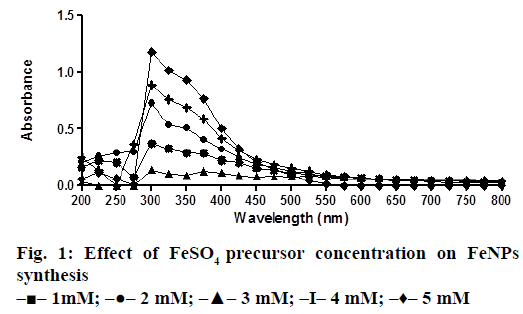 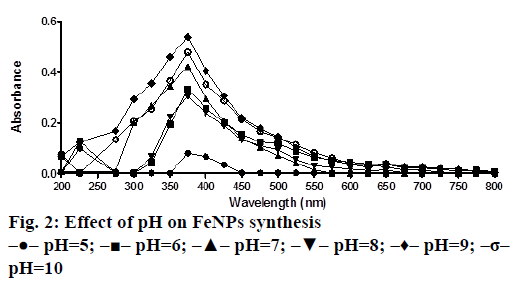 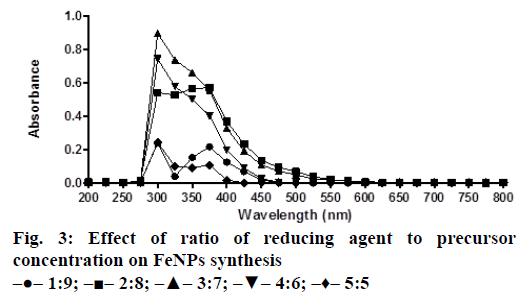 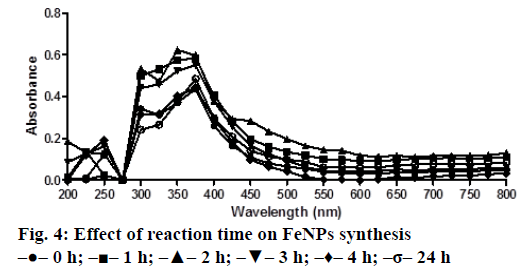 The XRD technique was used to assess the composition and phase of the nanoparticles generated. Characteristics peak for nano iron have been observed at 2θ=36.4° (Figure 5). This broadened diffraction peak suggested that the resultant nanoparticles are crystalline in nature with a size around 43.69 nm as calculated by Scherrer equation. FTIR spectra of M. ornata leaf extract are shown in Figure 6A. FTIR is used to study the surface interaction between synthesized nanoparticles with other molecules involved in the synthesis and stabilization of the nanoparticles [13]. The major absorption peaks in FTIR spectra of M. ornata leaf extract were mainly located at 3254.05, 1635.17, 525.09, 474.54 and 419.00 cm−1. The presence of peak at 3254.05 cm−1 indicate the possible O-H stretching vibration of phenol groups, which might be responsible for the formation and stabilization of nanoparticles [15]. 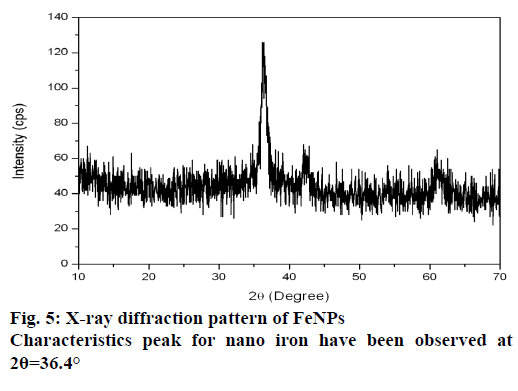 Figure 5: X-ray diffraction pattern of FeNPs
Characteristics peak for nano iron have been observed at 2θ=36.4° The AFM image of FeNPs has been presented as Figure 7. AFM topographic three dimensional images indicated the physically dispersed FeNPs. The magnetite nanoparticles were found to be oriented in one direction due to the magnetic properties. The surface potential of FeNPs was determined by zeta potential analyser, which is an essential characterization tool to assess the stability of the nanoparticles in aqueous solution. The theoretical limit of stability of particles in a colloidal system is 30 mV [18] and FeNPs synthesized by us had a zeta potential value of ±35 mV indicating that the synthesized FeNPs had moderate stability (Figure 8). 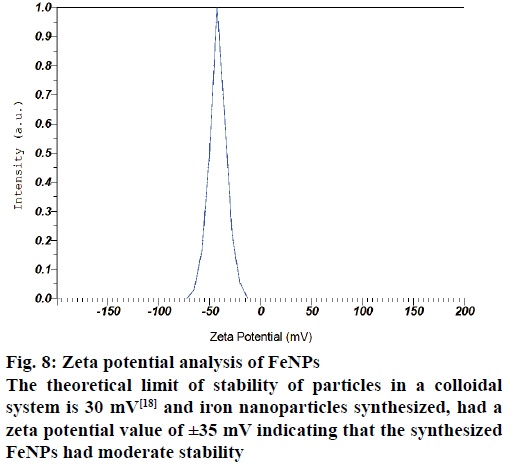 Figure 8: Zeta potential analysis of FeNPs
The theoretical limit of stability of particles in a colloidal system is 30 mV [18] and iron nanoparticles synthesized, had a zeta potential value of ±35 mV indicating that the synthesized FeNPs had moderate stability

With ever increasing concerns over the use of antibiotics, look out for alternatives is on the rise. Molecules which do not lead to resistance are the most sought ones. Antimicrobial properties of metallic nanoparticles against certain pathogenic organisms have been reported. The antimicrobial activity of FeNPs synthesized using M. ornate flower sheath extract was investigated against most common foodborne pathogens and multi drug resistant bacteria like S. agalactiae, S. aureus, E. coli and S. enterica by well diffusion method. Though the FeNPs had a definite antibacterial activity against all the tested bacteria, no significant differences were noticed between the different pathogens except in case of S. enterica (Figure 10). The FeNPs did not have appreciable antibacterial activity at 5 mg/ml concentration compared to 10, 15 and 20 mg concentrations. The FeNPs synthesized by M. ornate flower sheath extract was found to have highest antimicrobial activity against S. aureus (32 mm) and S. agalactiae (28 mm). It is concluded that, green synthesis of FeNPs using M. ornate flower sheath extract was successful at a higher pH of 9.0 without using any toxic chemicals as reducing and capping agents. The average crystal of FeNPs was found to be 43.69 nm and these nanoparticles had antibacterial activity.

The authors thank the Government of India and Government of Tamil Nadu for supporting this work under the National Agricultural Development Programme (RKVY). The authors also thank the Director of Research and Dean, Faculty of Basic Sciences, Tamil Nadu Veterinary and Animal Sciences University, Dean, Madras Veterinary College, Chennai, Professor and Head, Department of Animal Biotechnology, Madras Veterinary College and the Professor and Head, University Research Farm, Madhavaram for the facilities provided.