Lansoprazole [1] (L), 2-({3-methyl-4-(2,2,2- trifluoroethoxy)-2-pyridyl)methyl} sulfinyl benzimidazole, is used as a gastric proton pump inhibitor. Domperidone1 (D), 5-chloro-1- {1-[3-(2-oxobenzimidazolin-1-yl)propyl]-4- piperidyl}benzimidazolin-2-one, is a dopamine antagonist and is used as antiemetic and for the treatment of nausea. A combination of these drugs, L (30 mg) and D (30 mg) is available commercially as Lans-Dx. Methods have been reported for the determination of L and D, individually [2-10]. However, no high performance thin layer chromatographic (HPTLC) method is reported for the simultaneous determination of these drugs. The present work describes a simple, precise and accurate HPTLC method for simultaneous estimation of L and D in combined dosage forms.

Drugs, L and D were obtained as gift samples from Natco Pharmaceuticals Ltd., Hyderabad, India. All chemicals and reagents used were of analytical grade and purchased from S. D. Fine Chemicals, Mumbai. Instrument used for the analysis was a Camag HPTLC system (with TLC scanner 3, Win CATS Software and Linomat 5 as application device). The samples were spotted in the form of bands of width 6 mm with a Hamilton syringe on precoated silica gel aluminium plate 60 F254 (Machery-Nagel, Germany). The mobile phase consisted of n- butanol:glacial acetic acid:water (9.3: 0.25: 0.5, v/v/v). Linear ascending development of chromatogram was carried out in a Camag twin trough glass chamber saturated with the mobile phase. The chamber saturation time for mobile phase was optimized at 25 min. The length of chromatogram run was 85 mm. Subsequent to development, the TLC plates were dried in a current of air. Densitometric scanning was performed using Camag TLC Scanner 3 in the absorbance mode at 288 nm. The source of radiation utilized was deuterium lamp.

Standard stock solution containing 0.1 mg/ml of L and 0.1 mg/ml of D were prepared by dissolving L and D in methanol. With the fixed chromatographic conditions 1, 2, 3, 4 and 5 µl of standard solution were applied on plate. The plate was developed and scanned as mentioned above. Calibration curves for L and D were generated by plotting peak areas of drugs versus concentration of drugs spotted. 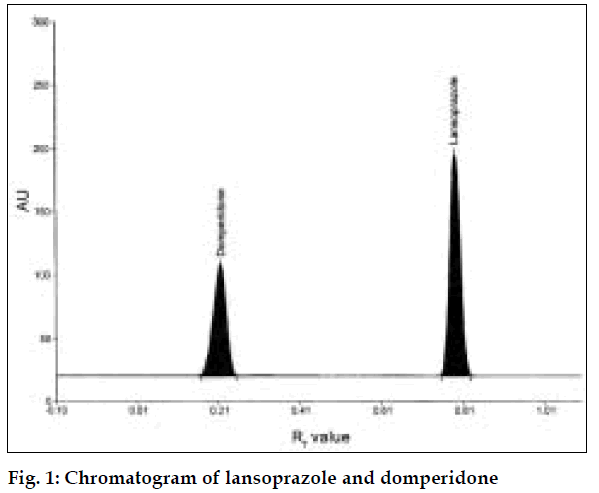 Figure 1: Chromatogram of lansoprazole and domperidone.

aMean and RSD of six observations. Tablets were procured from local market

Table 1: Estimation of Lansoprazole and Domperidone from Formulation.

The developed method was validated for specificity precision and accuracy. The method was found to be specific, since it resolved the peak of L (Rf value= 0.78) and D (Rf value= 0.21) in presence of excipients in the formulations. The linear regression data showed good linear relationship over a concentration range of 100-500 ng/spot for L (r= 0.9990) and 100-500 ng/spot for D (r= 0. 9983). The regression equation and validation parameters are given in Table 2. Precision studies were carried out and the parameters studied were intra-day precision, inter-day precision, repeatability of measurement and repeatability of sample application. Low % RSD. values indicate that the developed method has good precision (Table 2). Stability studies were carried out for the plate and the developed plate was found to be stable for about 2 h. Accuracy of the method was evaluated by carrying out the recovery studies. Recovery studies were carried out at 50 and 100% levels. Good recovery values indicate that the method is free from interference and excipients present in formulation (Table 2).

The developed HPTLC technique is precise, specific and accurate. There was no interference from the excipients used in the tablet formulation and hence this method can be used for routine analysis of L and D in combined dosage form. It may also be extended for simultaneous analysis of L and D in plasma and other biological fluids.