Natural cyclodextrins (CDs) are cyclic oligosaccharides containing six (α-cyclodextrin), seven (β-cyclodextrins) or eight (γ-cyclodextrin), α-1,4-linked glycopyranose units with hydrophilic outer surface and a hydrophobic cavity. CDs are capable of forming inclusion complexes with many drugs by taking up a whole drug molecule (guest) or part of it, into the CDs cavity. Such molecular encapsulation will affect many of the physicochemical properties of drugs such as their aqueous solubility and rate of dissolution. Among the various approaches, preparation of inclusion complexes with cyclodextrin has proven to be successful in enhancing the solubility of poorly water soluble drugs [1,2]. The inclusion complexes have been shown to improve stability [3,4], solubility, dissolution rate [5,6], and bioavailability [7,8]. They also can reduce side effects associated with some drugs [9,10]. Hydroxypropyl- β-cyclodextrin (HPBCD) was specifically chosen because of its high aqueous solubility, which is nearly 30 times greater than that of the parent β-cyclodextrin. It is used for oral applications because it is very well tolerated [11,12].

Valdecoxib (Val) [13] is chemically a diaryl substituted isoxazole i.e., 4-(5-methyl-3-phenyl-4-isoxazolyl)- benzene sulfonamide, which is a relatively new nonsteroidal antiinflammatory analgesic drug. It is used in the treatment of rheumatoid arthritis, osteoarthritis, in the management of acute pain and dysmenorrhea. The drug like Val is practically insoluble in water. This limits several advantages of the drug with respect to its absorption, distribution and therapeutic efficacy. The aim of this study was to improve the solubility and dissolution rate of Val in aqueous solution and thereby improve its bioavailability. This was attained through the formation of inclusion complexes with HPBCD. The complexes were prepared by physical mixture, kneading and common solvent methods. The phase solubility studies, FTIR spectral studies, DSC and in vitro dissolution were used to characterize the complexes in the solid state.

Valdecoxib was a gift sample from Glenmark Pharmaceuticals, Mumbai and hydroxypropyl-β- cyclodextrin was procured from S. A. Pharma Chem. Pvt. Ltd., Mumbai. Methanol, sodiumlauryl sulphate and hydrochloric acid were all obtained from Qualigens.

Phase solubility studies were performed according to the method reported by Higuchi and Connors [14]. Excess Val (50 mg) was added to 25 ml portions of distilled water, each containing various concentrations of hydroxypropyl-β-cyclodextrins (HPBCD) (i.e., 0.0025-0.0150 M) taken in a series of 25 ml stoppered conical flasks and the mixtures were shaken for 72 h at room temperature (28º) on a rotary flask shaker. After 72 h of shaking to achieve equilibrium, 5 ml aliquots were withdrawn at 1 h interval and filtered immediately using a 0.45 µ nylon filter. The filtered samples were diluted suitably and assayed for Val by measuring absorbance at 243.5 nm against blank prepared in the same concentrations of HPBCD in water so as to cancel any absorbance that may be exhibited by the HPBCD molecules. Shaking was continued until three consecutive estimates are the same. The solubility experiments were conducted in triplicate.

Characterization of prepared complexes was done by Fourier transformed infrared (FTIR), DSC and in vitro dissolution studies. The FTIR spectra of Val and inclusion complexes prepared by kneading and common solvent methods by different molar ratios were recorded in KBr pellets using a Jasco FT/IR- 5300 (Tokyo, Japan). Differential scanning calorimeter (DSC) model DSC-220 C, Seiko, Japan was used. The samples were sealed in aluminum pans and the DSC thermogram were recorded at a heating rate of 10º/min from 50º-300º. In vitro dissolution studies of pure drug, commercial formulations, physical mixtures, inclusion complexes prepared by kneading and common solvent methods were carried out in 900 ml of (i) 0.1N HCl and (ii) 0.1N HCl with 0.25% SLS using USP XXIII 6-station dissolution rate test apparatus (Electro-Lab) with a paddle stirrer. Sample equivalent to 20 mg of Val, a speed of 50 rpm and a temperature of 37±1º were used in each test. Samples were withdrawn at different time intervals, filtered using a 0.45 µ nylon disc filter and assayed for Val by measuring absorbance at 243.5 nm. The dissolution experiments were conducted in triplicate. 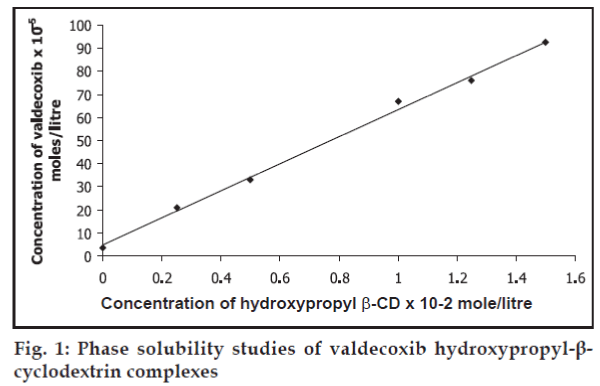 Table 1: Dissolution characteristics of valdecoxib and its various inclusion complexes with hpbcd in 0.1n hcl

Table 2: Dissolution characteristics of valdecoxib and its various inclusion complexes with hpbcd in 0.1n hcl with 0.25% sls

Thus, the results of the study indicated the formation of Val and HPBCD inclusion complexes at 1:1 M ratio in solution with a stability constant of 1.634219 M-1, whereas solid inclusion complexes of Val- HPBCD (1:2 M) prepared by kneading and common solvent method exhibited higher rates of dissolution efficiency values than the corresponding physical mixture, commercial formulations and pure drug.