The major cause of perinatal morbidity and mortality, is preterm labour [1]. During term, oxytocin (OT) and prostaglandins act on the uterus, and induce contractions, that result in preterm labour [2]. OT binds to the specific receptors, and increases the intracellular Ca2+ level through release of Ca2+ from both sarcoplasmic reticulum via inositol-1,4,5-triphosphate (IP3) pathway, and extracellular fluid through voltage operated calcium channels [3]. Preterm labour has been conventionally treated with calcium channel blockers, OT antagonists, β2agonists, magnesium sulphate, and prostaglandin synthetase inhibitors [4]. However, these drugs are sometimes inadequate, and have adverse effects like tachycardia, increased cardiac output, pulmonary edema, hyperglycemia, cardiac depression, and inhibition of neuromuscular transmission4. It is therefore necessary, for search of effective and safe alternative drugs for the treatment of preterm labour.

Sarcostemma brevistigma Wight (Asclepiadaceae), commonly known as soma (Sanskrit) and somlata (Hindi), is a leafless, trailing shrub. It is distributed in various parts of India. It is found in dry rocky places in Bihar, Bengal, Konkan, Deccan, Tamil Nadu, Maharashtra, and Kerala. According to folklore, this plant extract is used for the treatment of asthma. The aerial parts of this plant are reported to contain pregnane glycosides with 2-deoxy sugars, brevinine, and brevine [5,6]. A fraction of this plant extract has been reported to have antiallergic and antiinflammatory activities [7]. It also inhibited the contractions induced by acetylcholine and histamine on isolated guinea pig ileum, and produced bronchospasmolytic activity [8].

In the present study, we have evaluated the uterine relaxant effect of a chloroform soluble fraction (F-A) from the acetone extract of the twigs of S. brevistigma on OT, and potassium chloride (KCl) induced contractions in the isolated rat uterus.

The twigs of the plant S. brevistigma were collected during September 2000 from arid rocks on the hills at Bhor (Pune District, Maharashtra), and were authenticated at the Agharkar Research Foundation, Pune. The twigs were shade dried, pulverized in a mixer-grinder, and the coarse powder was stored in a nontoxic polyethylene bag.

Extraction and fractionation of plant

The coarse powder (25 g) was mixed with 200 ml of mixture of acetone and ammonia (3:1), and kept closed in a dark area for 24 h. It was then pressed, filtered, and concentrated to a syrupy mass. The syrupy mass (3 g) was diluted with 25 ml of water, and pH was adjusted to 1 with hydrochloric acid (10%). It was then stirred for 12 h using a magnetic stirrer. This solution was successively and exhaustively extracted with hexane, ether, and chloroform. At this stage, the aqueous layer was basified with ammonia (10%) to pH 10, to liberate the alkaloidal free base. The aqueous layer was again extracted exhaustively with chloroform, until the chloroform extract indicated absence of alkaloids, when treated with dragendorff’s reagent. All chloroform extracts containing alkaloids, were pooled and evaporated under reduced pressure at 60°, to get solid mass. The chloroform-soluble fraction (F-A) (~0.12% w/w) thus obtained, was sonicated to form a fine suspension in water. This suspension was used in the study.

Aliquots of F-A in methanol were applied onto two thin layer chromatography (TLC) plates (silica gel G60 F254, E. Merck), using Camag Linomat 5. A mixture of chloroform: methanol: triethylamine (36:4:0.25), was used as the mobile phase. One plate was then stained with Dragendorff’s reagent, and heated in oven at 105° for about 10 min. The plates were analysed using Camag TLC Scanner 3 at 254 nm, and the relative concentration of alkaloid was calculated using the software Camag winCATS version 1.2.2.

Female Wistar rats (150-200 g) were used throughout the study. They were housed under standard laboratory conditions in polyacrylic cages, and were provided with rat food pellets and water ad libitum. Animal studies were approved by Institutional Animal Ethics Committee, and carried out in accordance with the Guidelines of the Committee for the Purpose of Control and Supervision of Experiments on Animals.

Female rats were brought into the oestrous cycle, by administering subcutaneously oestradiol benzoate (5 mg/ kg). After 24 h, they were sacrificed, and uterine horns were removed gently from the surrounding tissue and fat, and then placed in a petridish containing PSS. The tissues, approximately 2.5 cm in length, were used for the study.

The uterine horn pieces were tied with a cotton thread at the top and bottom ends without closing the lumen, and were immersed in a 30 ml organ bath containing De-Jalon solution, maintained at 31°, and constantly bubbled (1 bubble/s) with a gas mixture of 5% CO2 and 95% O2. They were allowed to equilibrate for 40 min with a resting tension of 1 g, and with intermittent washings with PSS. The tissues were then challenged with KCl 60 mM (final organ bath concentration). This was allowed to stand for 5 min for stabilization of the contraction. The tissues were then washed with PSS, till they relaxed to the baseline. The tissues were again challenged with KCl 60 mM. The contraction induced by high K+ was rapid phasic contraction, followed by slight relaxation, and then by a sustained tonic contraction. After contraction attained steady state, cumulative amounts of F-A were added to the organ bath. The effect of test agents was recorded using force transducer and student physiograph, on an amplified recorder (Omniscribe recorder, Digital electronics limited). Effect of F-A was studied in the presence and absence of 10-5 M propranolol (purchased from M/s. Loba Chemie, Mumbai). This was done to circumvent possible influence of F-A on beta-receptors.

The uterine horn pieces were mounted as mentioned above, using Ringer-Locke solution maintained at 31°,and constantly bubbled (1 bubble/s) with a mixture of 5% CO2 and 95% O2. They were allowed to equilibrate for 40 min with a resting tension of 1 g, with frequent washings. Addition of OT (Pitocin, Parke Davis) 0.5 mU/ ml (final concentration) induced rhythmic contractions. After washout, the tissues were challenged with OT. After the rhythmic contractions were stabilized, the effects of cumulative amounts of F-A were studied and recorded in a similar manner, as mentioned earlier.

The results were expressed as percent inhibition. The percent inhibition at each dose level was averaged, and the standard deviation (SD) was calculated. The significant difference between results was tested using Student’s ‘t’ test (paired). A value of P<0.005 was considered statistically significant. The 50% inhibitory concentration (IC50) values were calculated through linear regression analysis, except for the effect of F-A on OTinduced rhythmic contractions of isolated rat uterus, where IC50 was calculated using logarithmic regression analysis. 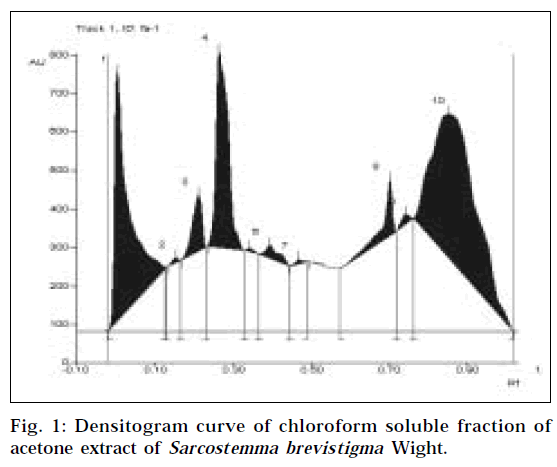 Table 1:data for the densitogram in the fig. 1.

Potassium chloride (60 mM) induced contraction of the rat uterus by depolarizing the smooth muscle membrane. The F-A at concentrations up to 32.8 μg/ml inhibited the contractions to the extent of 88.7% in a concentration dependent manner (Table 2). The IC50 of F-A was found to be 22.3 μg/ml. F-A was also found to inhibit the contraction induced by KCl in presence of propranolol (10-5 M).

Table 2: Effect Of F-A On Kcl-Induced Contraction Of The Isolated Rat Uterus

The effect of F-A on high K+ depolarized contractions was not altered by a high concentration of propranolol (10-5 M), a non-specific β-adrenoceptor blocker, which indicates that F-A did not act through stimulation of the βadrenergic receptors present in the uterine smooth muscles. This observation was comparable with earlier report [8].

In Ca2+ containing PSS, F-A inhibited OT-induced rhythmic contractions in a concentration dependent manner. OT induces contraction by stimulating their specific receptors, which activates second messenger systems to release the intracellularly stored calcium from the sarcoplasmic reticulum [17]. Consequently, the intracellular calcium level is increased through the receptor-operated calcium channel (ROC). This Ca2+ release activates voltage-operated calcium channels that lead to influx of Ca2+ from the extracellular fluid. Agonists also open non L-type channels in addition to opening Ltype channels [18]. The relative contributions of these two sources of calcium, depend on both the contractile agents and their concentrations. OT-induced rhythmic contractions, and its amplitude and frequency consists of two components, phasic and tonic, generated by different biochemical mechanisms [17]. The phasic component is related to calcium influx, probably via VOC, and the tonic component involves the opening of ROC, or an increase in IP3 turnover. The subsequent release of calcium from
the intracellular stores, decreases either calcium extrusion, or intracellular calcium binding. The tonic component persists, when OT is added to the uterine preparation, incubated in Ca2+ free PSS.

OT-induced rhythmic contractions, its amplitude and frequency, have been known to be inhibited by calcium channel blockers [15], β2-stimulants [19], OT receptor antagonists [20], and papaverine3, in normal Ca2+ containing PSS.

The inhibitory effect of F-A on high K+ depolarized contractions and OT-induced rhythmic contractions, failed to explain whether it possessed intracellular activity. In order to ascertain this hypothesis, the influence of F-A was studied on contractions induced by OT in Ca2+ free PSS. The contractions obtained in these conditions, were related only to release of calcium from intracellular stores [3]. OT-induced contractions in a Ca2+ free PSS was inhibited by β2-stimulants [3,21] and papaverine [21], and not by calcium channel blockers [15]. Since F-A failed to inhibit this contraction as like calcium channel blockers, it is reasonable to postulate that F-A does not have intracellular action. Verapamil was found to show insignificant inhibition, and it was reported that nifedipine also failed to inhibit the sustained contractions induced by OT in Ca2+ free PSS [15]. These investigations revealed that the uterine relaxant activity of F-A was possibly through interference with the mobilization of extracellular calcium across the cell membrane, like calcium channel antagonists. However, the uterine relaxant activity might not be specific, since the fraction of this plant extract was also reported to have smooth muscle relaxant activity on the isolated ileal and tracheal smooth muscles of guinea pig [8].

The present study indicates, that the chloroform-soluble fraction (F-A) of the Acetone extract of the twigs of S. brevistigma, exerts in vitro tocolytic activity on the isolated rat uterine spasms. Though, we identified the presence of alkaloid and its relative concentration in the fraction, the tocolytic activity could not be attributed to it. The tocolytic activity could be due to interference with the mobilization of extracellular calcium. In the present study, the fraction F-A of Sarcostemma brevistigma Wight was tested in one in vitro model only. Further phytochemical and pharmacological studies are necessary to judge the possible clinical use of this phytomedicine.

The authors are thankful to the All India Council for Technical Education, New Delhi, India for providing research grant and fellowships.