Microglia, the resident macrophages in the central nervous system, play a critical role in the innate immunological responses and constitute about 15 % of the total glial cell population in the brain [1,2]. In response to injury and infection induced by pathogens, microglia are activated immediately and secrete proinflammatory mediators such as nitric oxide (NO), prostaglandin E2 (PGE2), and proinflammatory cytokines [3,4]. Neuroinflammation is mediated by activated microglia, which lead to neuronal cell death in several neurodegenerative diseases, such as Parkinson's disease, Alzheimer's disease, multiple sclerosis, prion diseases, amyotrophic lateral sclerosis, Huntington’s disease, and Pick’s disease [5]. Therefore, microglial activation-associated neuroinflammation serves as an important target in searching potential therapeutic reagents for neurodegenerative disorders.

Amentoflavone, also named didemethyl-ginkgetin or 3’,8”-biapigenin, is a bioflavonoid found in several plants, such as Ginkgo biloba, Chamaecyparis obtusa, Hypericum perforatum, Selaginella tamariscina, Torreya nucifera, and Xerophyta plicata. Amentoflavone reported to possess a variety of activities that include antiinflammatory, antioxidant, antiviral, neuroprotective, and anticancer [10-12]. In macrophages, amentoflavone effectively suppresses LPS-induced NO and PGE2 production by inhibiting the activation of activator protein-1 [13]. However, the protective effect and molecular mechanism of amentoflavone on microglia activation caused by LPS has not been reported. The present study reported an antiinflammatory effect and possible molecular mechanism of amentoflavone in BV2 microglial cells after LPS administration.

Generation of NO was determined by Griess reaction [3]. BV2 cells treated with vehicle DMSO only was acted as control group, while experimental groups were treated with amentoflavone at various concentrations of either 30, 50, 100, or 200 μM for 30 min after DMSO pre-treatment. Afterwards, an additional incubation with or without LPS/INFγ for 16 h followed. The culture medium was reacted with equal volume of 0.1 % naphthylethylenediamine hydrochloride and 1 % sulfanilamide in 5 % phosphoric acid at room temperature in the dark. The absorbance at 540 nm was determined using a microplate reader.

The content of PGE2 was determined using an enzyme-linked immunosorbent assay (ELISA) [14]. After treatment, the culture medium was collected for measurement of PGE2 concentration using ELISA kit (R&D Systems, Minneapolis, MN). The concentrations were interpolated from the calibration curve generated by the recombinant PGE2 standard.

After treatment, the cells were washed with phosphatebuffered saline (PBS) and harvested in Laemmli sample buffer. Protein concentration of cellular lysates was determined by Bradford assay. Proteins were separated by SDS-PAGE, transferred to polyvinylidene difluoride membranes, and then incubated with 5 % nonfat milk for 1 h. The membranes were washed with PBS containing 0.1 % Tween-20, and incubated for 2 h with the indicated primary antibodies. After washing again, a 1:10 000 (v/v) dilution of horseradish peroxidaselabeled IgG was added at room temperature for 1 h and the blots were then developed using enhanced chemiluminescence Western blotting reagents [15].

Statistical analyses were performed using ANOVA followed by the Bonferroni t test for multigroup comparisons; p<0.05 was considered significant for all tests.

Generation of PGE2 and NO is the critical feature in LPS/INFγ-stimulated BV2 cells activation [8]. To evaluate the antiinflammatory effect of amentoflavone on BV2 cells, secretion of PGE2 and NO was measured by ELISA assay and Griess assay, respectively. Administration of LPS for 16 h significantly increased PGE2 level as compared to the control. The level of PGE2 generated was inhibited by amentoflavone in LPS/INFγ-stimulated BV2 cells in a concentrationdependent manner with an IC50 value of 15.02± 4.81 μM (Figure 1). In addition, the contents of NO secretion were increased from initial level after LPS/INFγ treatment for 16 h. Amentoflavone also concentrationdependently induced the inhibition of NO secretion with an IC50 value of 16.04±1.88 μM (Figure 1). These results suggested the LPS/INFγ-induced activation of microglia were inhibited by amentoflavone. 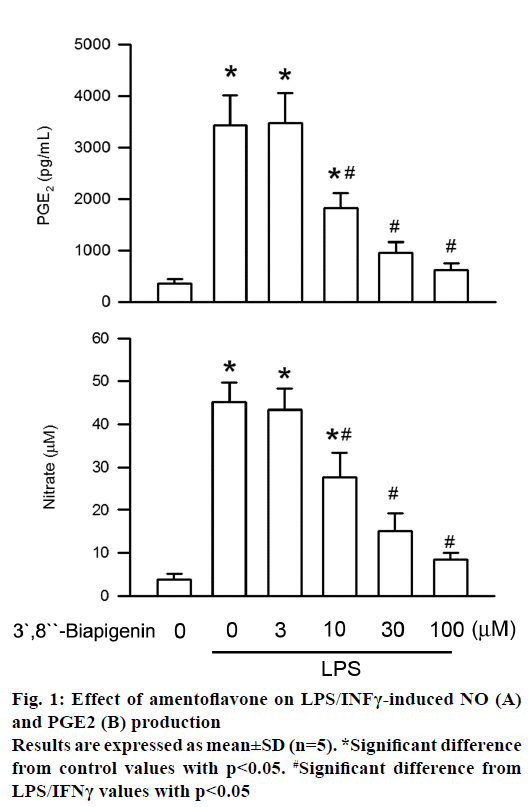 Figure 2: Effect of amentoflavone on LPS/INFγ-induced iNOS and COX2 expression
The BV2 cell lysates were isolated and subjected to western blotting for measurement of iNOS, COX-2, and β-actin. The differences in fold of COX-2 (filled columns) and iNOS (empty columns) expression between the treated and control groups were calculated. Values are expressed as mean±SD (n=3 in each group). *Significant difference from control values with p<0.05. #Significant difference from LPS/IFNγ values with p<0.05 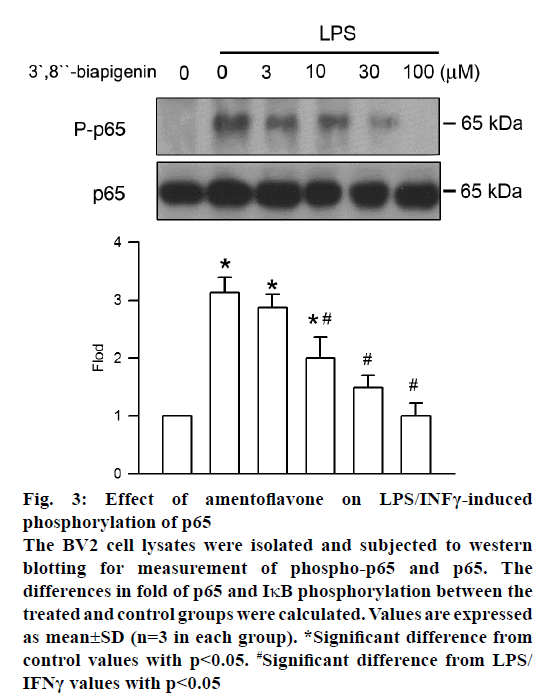 Figure 3: Effect of amentoflavone on LPS/INFγ-induced phosphorylation of p65
The BV2 cell lysates were isolated and subjected to western blotting for measurement of phospho-p65 and p65. The differences in fold of p65 and IκB phosphorylation between the treated and control groups were calculated. Values are expressed as mean±SD (n=3 in each group). *Significant difference from control values with p<0.05. #Significant difference from LPS/ IFNγ values with p<0.05

Figure 4: Effect of amentoflavone on LPS/INFγ-induced (A) p38 MAPK, (B) JNK, and (C) ERK phosphorylation
BV2 cell lysates were isolated and subjected to western blotting for measurement of phospho-p38/p38 MAPK, phospho-JNK/JNK, and phospho-ERK/ERK. The differences in fold of p38, JNK, and ERK phosphorylation between the treated and control groups were calculated. Values are expressed as mean±SD (n=3 in each group). *Significant difference from control values with p<0.05. #Significant difference from LPS/IFNγ values with p<0.05

The present study was designed to explore the protective effect of amentoflavone on LPS/INFγ-induced NO and PGE2 generation via MAPK-NF-B pathway in BV2 microglial cells. Microglia is macrophage-like glial cells located throughout the brain and spinal cord with a diverse role in the innate immunity and in inflammatory neurological diseases [16]. Evidence has demonstrated that BV2 microglial cells appear to be a valid substitute for primary microglia in inflammatory experiments in in vitro assay [17]. At present study, primary neurons were simulated by BV2 microglial cells. During neuroinflammation, microglia plays the central role in several immunopathological responses involved in the production of proinflammatory mediators such as NO and PGE2. NO is one of the major proinflammatory mediators generated by iNOS, which is highly expressed in activated microglia and macrophages after treating with LPS. PGE2 is another important proinflammatory mediator converted from arachidonic acid by COX-2 [3]. According to our results, the secretion of NO and PGE2 was inhibited by amentoflavone at the similar IC50 in LPS/IFNγ-stimulated BV2 cells. In addition, amentoflavone presented parallel inhibition of COX-2 and iNOS protein expressions in LPS/IFNγ-stimulated cells. Similar observation has been proclaimed in previous study, which also shows that generation of NO and PGE2 is inhibited by amentoflavone via protein expression of iNOS and COX-2, respectively in LPStreated RAW264.7 macrophages [13]. These evidences implied that the blockade of protein expression has a critical role in the antiinflammatory activity of amentoflavone (Figure 5). 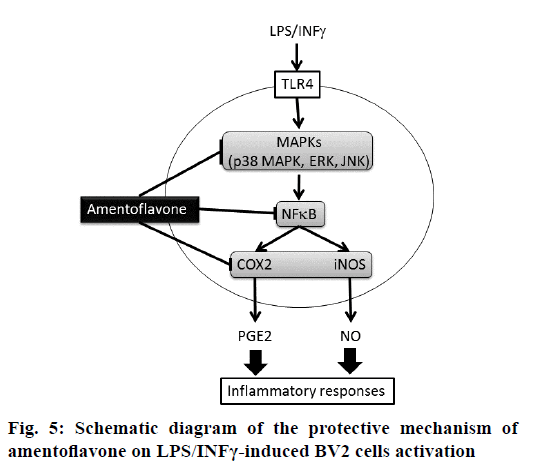 NF-κB is the essential transcription factor for regulating expression of a number of proinflammatory genes, such as NO and PGE2, in the LPS-stimulated BV2 microglial cells [8]. In mammalian cells, the NF-κB family contains five structurally related proteins, which are p50, p52, p65 (RelA), RelB, and c-Rel. There are two forms, homodimer and heterodimer, of NF-κB. The NF-κB heterodimer is composed of p50 and p65, which is the most abundant and functionally most important form of NF-κB. Under normal condition, NF-κB dimers keep the inactive form associated with the IκB, which is the inhibitory protein in the cytosol. After cellular activation with different stimulants, phosphorylation of IκB is induced by IκB kinase. Subsequently, 26S proteasome degrades the IκB phosphorylation via ubiquitination leading to NF-κB dimers activation and is phosphorylated at p65. The active form of NF-κB translocates to the nucleus, binds to transcription site, and induces the array of proinflammatory genes [18]. Pervious study has demonstrated amentoflavone inhibits LPS-induced NF-κB activity in RAW264.7 macrophages [19]. In murine model of ulcerative colitis, amentoflavone inhibits expression of iNOS, COX-2, and proinflammatory cytokines via NF-κB pathway [20]. At present, LPS-induced p65 phosphorylation was inhibited by amentoflavone in BV2 microglial cells in a concentration-dependent manner. In addition, our data had shown parallel concentration-dependent inhibition of NF-κB phosphorylation and iNOS and COX-2 expression. Taken together, amentoflavone reduced the LPS/IFNγ-induced expression of iNOS and COX-2 via NF-κB pathway.

Neuroinflammation leads to not only generation of reactive oxygen species and proinflammatory cytokines but also formation of activated microglia and astrocytes; and at the same time, contributes to neuronal and oligodendrocytic death in neurodegenerative patients [22,23]. MAPKs-NF-κB activation, especially the constitutively activated NF-κB, plays an important role in neuroinflammation, has been found to possess a critical linkage with a wide variety of neurodegenerative patients [24-26]. At present, we found pre-treatment with amentoflavone significantly reduced the secretion of PGE2 and NO via protein expression of iNOS and COX-2 in BV2 microglial cells stimulated by LPS/INFγ. The mechanism of inhibition was attributed mainly to the down-regulation of IκBNFκB pathway activation by blocking the upstream activator MAPKs, which included ERK, p38 MAPK, and JNK. Experimental results supported the use of amentoflavone as a potential preventive reagent for neuroinflammtory diseases associated with direct infection caused by Gram-negative bacteria.

All authors declare no conflict of interest.