The potential of the plant extract to scavenge hydroxyl radicals generated by the Fenton reaction was determined using the method of Kunchandy and Rao[20]. Aliquots (12.5 μl – 200 μl) of different concentrations of the sample were taken from a stock concentration (10 mg/ml DMSO) and were mixed with 500 μl of reaction mixture to a final volume of 1 ml. The reaction mixture contained deoxyribose (2.8 mM), ferric chloride (0.1 mM), ethylenediaminetetraacetic acid (EDTA) (0.1 mM), hydrogen peroxide (1 mM), ascorbate (0.1 mM) and phosphate buffer (20 mM, pH 7.4). After incubation for 1 h at 37º, 1 ml of 2.8% trichloroacetic acid (TCA) was added. Then, 1 ml of 1% aqueous thiobarbituric acid (TBA) was added and the solution was incubated at 90º for 15 min. After cooling, the absorbance of the solution was measured at 532 nm against a suitable blank. A control without the test compound, but an equivalent amount of distilled water was taken. Gallic acid was used as the standard. The ability to scavenge hydroxyl radical was expressed as percentage inhibition and calculated using the equation Percentage inhibition = Ac-As/Ac×100, where, Ac is the absorbance of the control; As is the absorbance of the sample. All the samples were tested in triplicates. 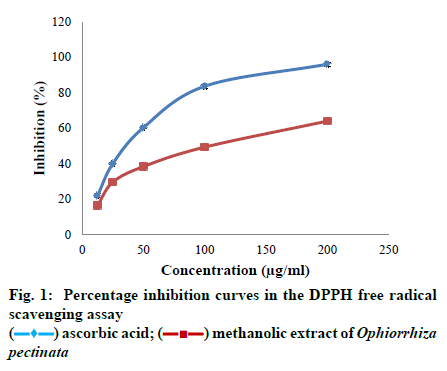 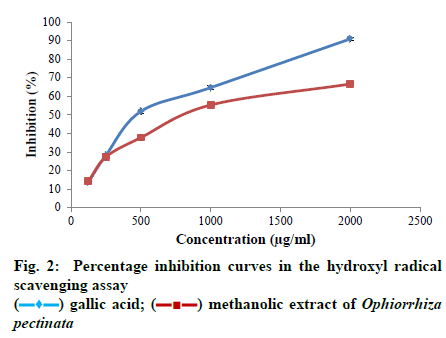 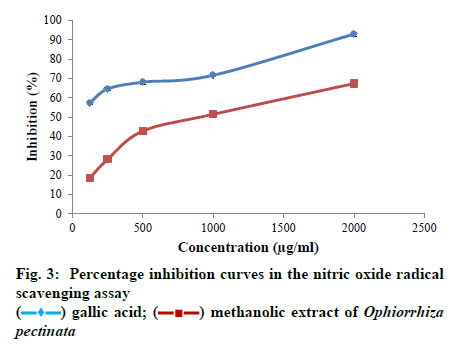 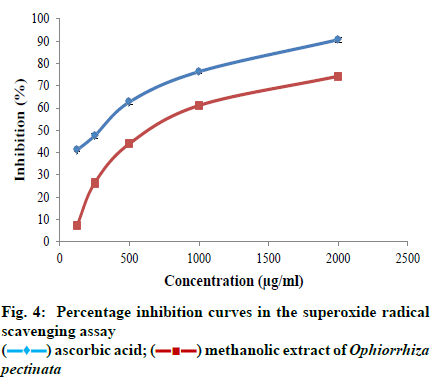 First author acknowledges the Forest Department of Kerala, India, for providing the permission for the collection of the plant specimens.