In the present study, we investigated the protective effect of bacoside-A the active principle isolated from the plant Bacopa monniera against oxidative damage induced by morphine in rat brain. Morphine intoxicated rats received 10- 160 mg/kg b.w. of morphine hydrochloride intraperitoneally for 21 days. Bacoside-A pretreated rats were administered with bacoside-A (10 mg/kg b.w/day) orally, 2 h before the injection of morphine for 21 days. Pretreatment with bacoside-A has shown to possess a significant protective role against morphine induced brain oxidative damage in the antioxidant status (total reduced glutathione, superoxide dismutase, catalase, glutathione peroxidase and lipid peroxidation) and membrane bound ATP-ases(Na+/K+ ATPase. Ca2+ and Mg2+ ATPases) activities in rat. The results of the present study indicate that bacoside-A protects the brain from oxidative stress induced by morphine.

The opioid analgesics commonly exemplified by morphine, represent the best option for the treatment of severe pain and for the management of chronic pain states. Morphine abuse is a worldwide health problem that provoked many investigations to study its mechanism of action. Focal glomerulosclerosis [1], hepatotoxicity with a reduced glutathione superoxide dismutase, catalase, glutathione peroxidase levels [2], histamine liberation from mast cells [3], neurotoxicity with spongiform leucoencephalopathy [4], neuroteratogenicity [5] and oxidative damage of DNA [6] are some of the pathological features in chronic morphine toxicity generated by local rearrangement of anti-oxidant homeostasis.

Recently, the development of a systemic oxidative stress was noted as a result of opioid–stimulated free radicals production. An increased lipid peroxidation was found in vitro and in vivo in heroin consumption [7,8]. Chronic morphine abuse resulted in the decreased level of antioxidants and antioxidases status [9,10]. Measurement of the levels of free radical or ROS production, metabolites of lipid peroxidation such as malondialdehyde and antioxidant capacity may give information about an antioxidant homeostasis under morphine stimulation and morphine-induced toxicity.

Morphine enhances neuronal Na+/K+ ATPase activity, enzyme responsible for ionic exchange across the cellular membrane [11]. This enzyme of membrane bound may be used as a metabolic probe to study the effects of morphine in rat brain [12], due to mechanism involved in this effect are not well known. Previous studies have shown that significant depletion of reduce glutathione (GSH) in peripheral organs following acute systemic or central administration of opioids [13]. ROS or free radicals may be involved in the morphine and opiate abuse [2,14]. It is well recognized that the use of morphine is associated with degeneration in brain cells [2]. Hence, administration of a compound that has membrane-stabilizing as well as antioxidant properties would therefore be expected to prevent morphine induced oxidative stress in rat brain.

Bacoside-A is the dammarene type triterpenoid saponin isolated from the plant Bacopa monniera [15], which is held in high repute as a potent nerve tonic [16]. Bacopa monniera Linn. is used in the indigenous systems of medicine for the treatment of various nervous system ailments such as insomnia, anxiety, epilepsy, hysteria etc [17]. The plant has been shown as a potent free radical scavenger and antioxidant [18]. Besides it also exhibits vasodilatory [19], calcium antagonistic [20], muscle relaxant [21], mast cell stabilizing [22], and antiulcer [23] properties. Recently, protective effect of bacoside-A against chronic exposure to cigarette smoke has been reported by Anbarasi et al. [24] Thus, the aim of the present study was designed to explore the protective effect of bacoside-A on morphine induced oxidative stress in terms of antioxidant status and membrane bound ATPases in rat brain.

Morphine hydrochloride used in the present study was obtained from MOTI and Company, Lakshmipuram, Royapettah, Chennai, Tamil Nadu, India. All other reagents used were of analytical grade and obtained from Himedia, India.

The plant Bacopa monniera was collected in and around Chennai, India and authenticated by Dr. P. Brindha, Central Research Institute (Siddha), Chennai, India. The dammarene type triterpenoid saponin bacoside-A was isolated from the plant by the procedure carried out by Deepak et al. [25]. The activity-guided isolation of Bacoside A was carried out using the brine shrimp lethality assay to direct the fractionation of a methanolic proportion of methanol. The fractions eluted with chloroform:methanol 85:15 were combined and concentrated under vacuum (7 g). This fraction was subjected to flash chromatography on silica gel (100–200 mesh) and the fractions eluted with chloroform:methanol 85:15 were combined, concentrated under vacuum and crystallised from 70% methanol in water to obtain bacoside-A (2.5 g). Aqueous suspension of bacoside-A was given orally to the experimental animals at a dosage of 10 mg/kg b.w/day for 21 days.

Adult male albino rats of Wistar strain (150-200 g) were used for the present study. The rats were provided with standard pelleted rat feed and water ad libitum. They were acclimatized to the laboratory conditions and maintained less than 12 h light/dark cycle at 25±2º. The experiments were carried out in accordance with the guidelines provided by the Institutional Animal Ethics Committee.

HPLC-Finger Print analysis of Bacopa monniera was performed using the conditions given in Table 1.

Results were expressed as mean±SD (n=6), analysed by oneway ANOVA, followed by Tukey’s post-hoc test by SPSS version 7.0. Student’s t-test was used for the statistical evaluation of the data obtained. Statistical comparisons were made between Group II Vs Group I and Group III Vs Group II. A value of P<0.001 was considered to be statistically significant. 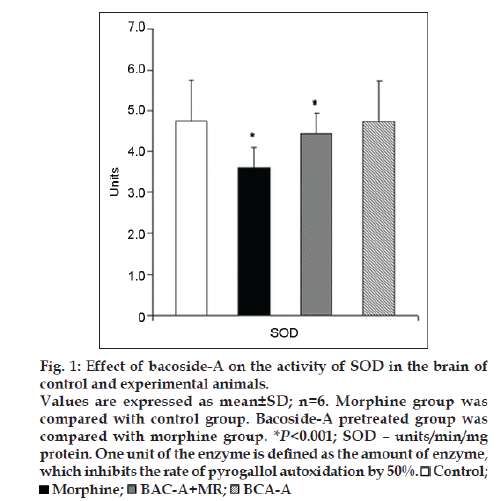 Figure 1: Effect of bacoside-A on the activity of SOD in the brain of control and experimental animals.
Values are expressed as mean±SD; n=6. Morphine group was compared with control group. Bacoside-A pretreated group was compared with morphine group. *P<0.001; SOD – units/min/mg protein. One unit of the enzyme is defined as the amount of enzyme, which inhibits the rate of pyrogallol autoxidation by 50%. Figure 2: Effect of bacoside-A on the level of reduced glutathione (GSH) and the activities of CAT, and GPx in the brain of control and experimental animals.
Values are expressed as mean±SD; n=6. Morphine group was compared with control group. Bacoside-A pretreated group was compared with morphine group. *P<0.001; GSH - µg/mg protein; CAT - µmole of H2O2 consumed/min/mg protein. GPx - µmoles of glutathione oxidized/min/mg protein. 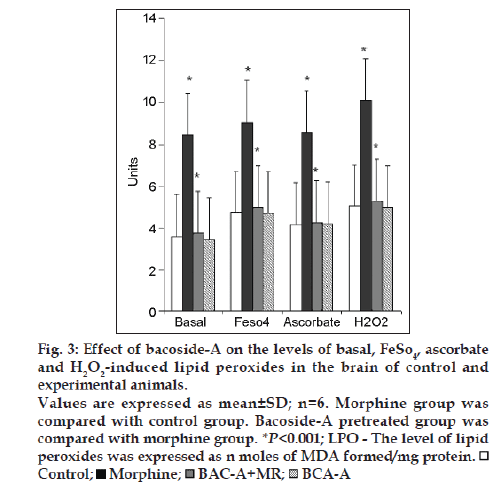 Figure 3: Effect of bacoside-A on the levels of basal, FeSO4, ascorbate and H2O2-induced lipid peroxides in the brain of control and experimental animals.
Values are expressed as mean±SD; n=6. Morphine group was compared with control group. Bacoside-A pretreated group was compared with morphine group. *P<0.001; LPO - The level of lipid peroxides was expressed as n moles of MDA formed/mg protein.

Fig. 4 shows the overlaid chromatogram of Bacopa monniera extract by HPLC along with bacosides and other flavonoids (luteolin and apigenin). 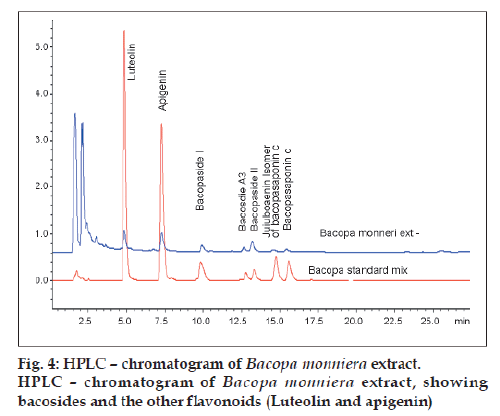 Table 2: Effect of bacoside-a on the level Of protein carbonyl content in the brain of Control and experimental animals

Table 3: Effect of bacoside-a on the activities of Na+/k+-atpase, Ca2+-atpase and Mg2+-atpase in the Brain of control and experimental animals

Brain is highly susceptible to peroxidative damage, since it contains a relatively high degree of unsaturated fatty acids in relation to its level of antioxidants and consumes more oxygen [39]. Morphine is able to induce oxidative cell injury in neuronal cells and neurodegeneration [40]. It has been reported that single dose of morphine administration increased dopamine and xanthine oxidative metabolism with a consequent increase in ROS production [2]. In addition, morphine could also be metabolized into free radicals [3] and the over production of ROS could lead to oxidative damage.

We have found that the level of GSH in the brain were lower in morphine administered rats than in the control animals. This decrease in the GSH level in the brain suggests that morphine unprotected the brain from oxidative stress. These results could be in accordance with the report of Goudas et al. [41] who observed acute decreases of GSH levels in cerebrospinal fluid samples taken from patients after intracerebroventricular doses of morphine for intractable cancer pain. Such doses of morphine may, by depleting the GSH, render the central nervous system vulnerable to damage from oxidative stress. It has also been reported that the oxidative stress is induced by NO production synthesized in select neuron populations during the opiate syndrome [42], which alters GSH metabolism in the brain.

It has been observed from our study that the protein carbonyl contents and lipid peroxide levels in the brain were significantly higher with the concomitant decrease in antioxidant status in morphine administered animals than in the control.

Furthermore, it has been reported that oxidative damage in the brain is often observed in association with morphine, which has pro-oxidative properties [14]. Morphine mediated oxidative damage in the brain is compounded by the fact that brain ROS distribution is non-uniform, being particularly high unsaturated fatty acids contents in areas sensitive to neurodegeneration [2,40]. It has been reported that the supplementation of exogenous antioxidants were able to abate the oxidative damages of DNA, protein and lipid, caused by morphine [2].

It has been reported that after administration with heroin, the mice were not only showed, decrease in the total antioxidant status in serum and also there were significant decrease in the antioxidant enzymes such as SOD, CAT, GSH-Px in brain and also exhibited oxidative damages to DNA, protein and lipid [40].

In our present study, we observed that there was a significant decrease in Na+/k+-ATPases, Ca2+ATPase and Mg2+ ATPase activities in morphine induced rat brain. Masocha et al. [43] indicated from their findings that the activation of Na+/k+-ATPases play a vital role in the analgesic effect of morphine and the Na+/k+-ATPases activity were greatly decreased in adult morpine induced rats. These results agree with Brase et al. [44], who suggest that morphine induction increases the intracellular sodium in brain and decreases Na+, k+-ATPases activity, indicating that the development of morphine tolerance may be accompanied by changes in the disposition of sodium. These results agree with Pillai et al. [45], stating that, morphine produced a significant decrease in Ca2+, Mg2+ ATPase activity in synaptosomal fractions, as consequence of containing a high density of opiate receptors (morphine's μ-opioid receptor).

Earlier we reported that Bacopa monniera prevented morphine induced rat brain mitochondrial damage [50] that might have allowed the availability of ATP synthesis. This energy promoting action may be responsible for the improved mitochondrial function and maintenance of ATPases in our study, upon administration of bacoside-A. The results of the present study clearly imply that antioxidant and antilipid peroxidative properties of bacoside-A could be attributed to the improved activity of ATPases and maintenance of Na+/k+, Ca2+, Mg2+ ionic equilibrium in morphine induced oxidative stress in rat brain. By eliciting a facilitatory effect, bacoside-A offered protection to the brain by stabilizing the membrane and thereby retaining the structural and functional integrity of the membrane. Further studies are needed to study the possible mechanism of action of bacoside-A on morphine-induced oxidative stress in rat brain, in terms of antioxidants and membrane bound enzymes.