Venlafaxine is a bicyclic antidepressant, and is usually categorized as a serotonin-norepinephrine reuptake inhibitor (SNRI), but it has been referred to as a serotonin-norepinephrine-dopamine reuptake inhibitor. Venlafaxine hydrochloride is designated (R/S)-1-[2-(dimethylamino)-1-(4 methoxyphenyl) ethyl] cyclohexanol hydrochloride or ( ± )-1-[a [α- (dimethylamino) methyl] p-methoxybenzyl] cyclohexanol hydrochloride salt and has the empirical formula of C17H27NO2. HCl.

Various methods have been reported for estimation of venlafaxine hydrochloride in biological matrices such as plasma, which includes the use of LC with UV detection [1], LC with electrospray ionization mass spectrometry [2], LC with coulometric detection [3], LC with fluorimetric detection [4,5], LC with diode array detection [6,7], GC-MS [8], LC-MS-MS [9] and for estimation of it in serum by use of LC [10]. Stability indicating methods have also been reported for its invitro determination in gastric and intestinal fluids [11] and pharmaceutical formulations [12].

A stock solution of carbamazepine was prepared by accurately weighing 25 mg of the drug, transferring to 25 ml volumetric ß ask, dissolving in 5 ml of methanol and diluting it upto mark with methanol. Appropriate aliquot of this solution was further diluted with 10 ml of methanol to obtain fi nal standard solution of 100 μg/ml of carbamazepine. Resultant solution was fi ltered through Whatman fi lter paper and then used.

Twenty tablets were accurately weighed and finely powdered. Tablet powder equivalent to 25 mg of venlafaxine hydrochloride was taken in 25 ml of volumetric flask, resultant solution was filtered through Whatman filter paper and finally volume made upto the mark with same solvent. One millilitre of filtrate was taken in 10 ml volumetric flask and volume was made with methanol upto the mark to obtain concentration of 100 μg/ml. Further 0.1 ml of this solution was taken in 10 ml of volumetric ß ask. To the same mixture 1 ml of standard carbamazepine stock solution was added and fi nally diluted to l0 ml with mobile phase to obtain final concentration of 1 μg/ml of venlafaxine hydrochloride and 10 μg/ml of carbamazepine, respectively. The resulting solution was again fi ltered using Whatman fi lter paper No. 1 and then was sonicated for 10 min.

The method was validated for specificity, linearity, accuracy, precision, limit of detection, limit of quantification, robustness and solution stability. Commonly used excipients, such as starch (15%), microcrystalline cellulose (10%), magnesium stearate (1%) and lactose (64%) were spiked into a pre weighed quantity of drug. The chromatograms were taken by appropriate dilutions and the quantities of drugs were determined.

Robustness of the method was studied by changing the composition of organic phase by ± 5% and the pH by ± 0.2, and also by observing the stability of the drugs for 24 h at 35o temperature in the mobile phase. In order to demonstrate the stability of both standard and sample solutions during analysis, both the solutions were analyzed over a period of 8 h at room temperature. The results showed that for the solutions, retention time and peak area of venlafaxine hydrochloride and internal standard remained almost unchanged and no significant degradation was observed within the indicated period. 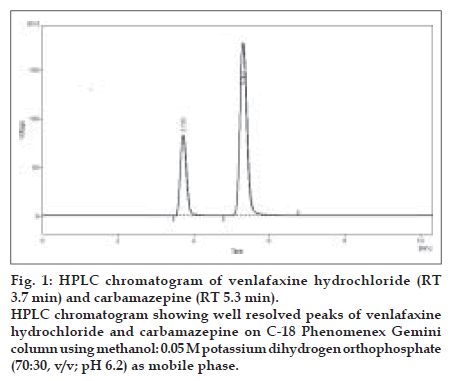 Table 3: Regression analysis of the calibration curves for the proposed method

Proposed study describes new RP-HPLC method using simple mobile phase for the estimation of venlafaxine hydrochloride in tablet formulations. The method was validated and found to be simple, sensitive, accurate and precise. Percentage of recovery shows that the method is free from interference of the excipients used in the formulation. Therefore the proposed method can be used for routine analysis for estimation of venlafaxine hydrochloride in its tablet formulations.