Spectrophotometric Estimation of Aripiprazole in Tablets

This is an open access article distributed under terms of the Creative Commons Attribution-NonCommercial-ShareAlike 3.0 License, which allows other to remix, tweak, and build upon the work non-commercially, as long as the author is credited and the new creations are licensed under the identical terms.

A simple, sensitive and rapid spectrophotometric method has been developed for the determination of aripiprazole in pharmaceutical formulations. The proposed method is based on the oxidation of drug with N-bromosuccinimide and unreacted N-bromosuccinimide bleaches the blue color of methylene blue and is measured at 663 nm. The increase in absorbance is directly proportional to the aripiprazole concentration and obeys Beer-Lambert’s law in the range of 5-20 μg/ml. The molar absorptivity and Sandell’s sensitivity, of the method were found to be 1.4906×104 l/mol/cm, 0.0300 µg/cm2, respectively. No interference was observed from excipients commonly found in tablets.

Standard stock solution of aripiprazole (100 μg/ml) was prepared by dissolving 10 mg of aripiprazole in acetonotrile and diluted to 100 ml with distilled water. N-bromosuccinimide (0.0067 mol/l) and methylene blue (0.031 mol/l) were prepared by dissolving 120 mg of N-bromosuccinimide and 1000 mg of methylene blue, respectively in distilled water and diluted to 100 ml.

Different concentrations of the standard aripiprazole solution (5.0-20 μg/ml) were transferred into a series of 10 ml volumetric flasks. To each flask, N-bromosuccinimide (0.0067 mol/l) and 0.5 ml of methylene blue (0.031 mol/l) solutions were added with constant shaking. Then, the volume was made up to the mark with distilled water and absorbance was measured at 663 nm against reagent blank.

The calibration curve was constructed by recommended procedure as shown in Figure 1. Beer-Lambert’s is obeyed over the aripiprazole concentration range of 5-20 μg/ml. The optical characteristics such as Sandell’s sensitivity, molar absorptivity and other parameters are evaluated in Table 1. 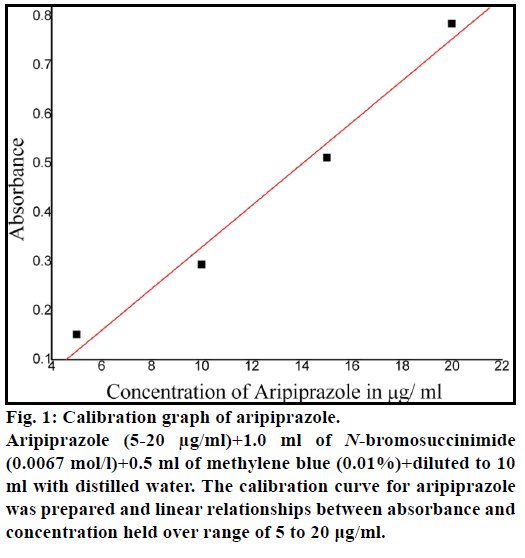 Figure 1: Calibration graph of aripiprazole.
Aripiprazole (5-20 μg/ml)+1.0 ml of N-bromosuccinimide (0.0067 mol/l)+0.5 ml of methylene blue (0.01%)+diluted to 10 ml with distilled water. The calibration curve for aripiprazole was prepared and linear relationships between absorbance and concentration held over range of 5 to 20 μg/ml.

The precision and accuracy of the method was checked by hauling out repeatability in the same day (intraday) and intermediate on two consecutive days (interday) in three replicates. The repeatability and intermediate precision was performed at three concentration levels such as 5, 10 and 15 μg/ml. The amount, relative error percentage (%RE) and relative standard deviation (%RSD) were found to be 4.96, 0.67, 1.17; 9.93, 0.2, 0.57 and 15.03, 0.2, 0.38, respectively for repeatability and 4.93, 1.4, 1.17; 9.8, 2.0, 1.02 and 14.83, 1.13, 0.39, respectively for intermediate precision. The relative standard deviation percentage and relative error percentage valves were below 2% symptomatic of high precision and good accuracy of the proposed method.

The ruggedness of the method was illustrated for the same concentration 10 μg/ml using two different spectrophotometer models (UV spectrophotometer Model-117, Systronics and UV spectrophotometer Model-1800, Hitachi) and by two analysts in the same laboratory. Amount and relative standard deviation in both instances were found to be 9.93, 0.57; 10.06, 0.58 and 9.86, 0.59, 10.0, 1.0. The low relative standard deviation percentage valves in both instances suggesting ruggedness of the method. The proposed method does not does not involve any reagents to develop color and free from extraction procedure, hence the method is more robust.

The interference effects was studied by determining 10 μg/ml of aripiprazole in presence of different excipients such as cellulose, starch, talc and lactose at different concentrations present in tablet formulation. The results signified that there is no interference from any excipients.

For the investigation of pharmaceutical formulations, twenty tablets of aripiprazole were weighed and powdered. The powder equal to 10 mg of aripiprazole was weighed and dissolved in acetonitrile. The residue was filtered into 100 ml flask and volume was made up to the mark with distilled water. An appropriate dilute solution was analyzed according to the suggested procedure. The amount and relative standard deviation (%RSD) for the formulations Asprito 10 mg, Arip-MT 15 mg and Arive 20 mg were found to be 9.93, 0.57; 14.96, 1.39 and 20.06, 0.25 respectively.

The proposed method is found to be simple, rapid, and free from use of organic solvents and extraction; requires neither heating nor extraction nor pH maintenance. Drug can be determined with assurance and with a good precision and accuracy. The method uses easily accessible reagents and no interference was observed from excipients commonly found in tablets. Hence, the proposed method can be used for the determination of aripiprazole in tablets.