A simple, specific and sensitive reverse phase high performance liquid chromatographic method was developed and validated for simultaneous determination of ezetimibe and simvastatin from pharmaceutical dosage forms. The method uses C18 ODS Hypersil column and isocratic elution. The mobile phase composed of acetonitrile:phosphate buffer (pH 4.5, 0.01M) in the ratio of 65:35 v/v was used at a flow rate of 1.0 ml /min. UV detector was programmed at 232 nm for first 10 min and at 238 nm for 10 to 20 min. All the validation parameters were in acceptable range. The developed method was effectively applied to quantitate amount of ezetimibe and simvastatin from tablets. The method was also applied suitably for determining the degradation products of ezetimibe and simvastatin.

Simvastatin (SMV) is -(+)-{1S,3R,7S,8S,8aR)- 1,2,3,7,8,8a-hexahydro-3,7-dimethyl-8- [2-(2R,4R)- tetrahydro-4-hydroxy-6-oxo-2H-pyran-2-yl]-I-naphthyl- 2,2-dimethyl butanoate (fig. 1). It acts by inhibiting HMG CoA reductase and is used for the treatment of hypercholesterolemia. After oral administration, this prodrug is converted into β hydroxy acid of simvastatin, which is a potent inhibitor of HMG CoA reductase, a key enzyme required for the synthesis of cholesterol in liver [1]. 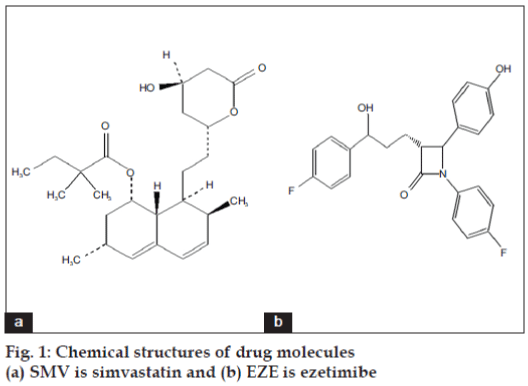 Figure 1: Chemical structures of drug molecules
(a) SMV is simvastatin and (b) EZE is ezetimibe

Ezetimibe (EZE) is [(3R,4S)-1-(4-fluorophenyl)- 3- [(3S)-3-(4-fluorophenyl)-3-hydroxypropyl]-4-(4- hydroxyphenyl)-2-azetidinone] (fig. 1). It is a selective cholesterol absorption inhibitor used in the treatment of primary hypercholesterolemia. It inhibits the absorption of biliary and dietary cholesterol from small intestine without affecting absorption of fat soluble vitamins, triglycerides and bile acids. After oral administration, EZE is metabolized into its glucuronide in the liver and small intestine, which is also active in prevention of absorption of cholesterol. EZE does not have significant pharmacokinetic interactions with other lipid lowering drugs as it does not infl uence the activity of cyotochrome P450. EZE is administered at the dose of 10 mg with and without SMV [2]. Both the drugs are marketed as a combination therapy in USA as a trade name Vytorin™ for treatment of hyperlipidemia.

SMV alone can be estimated by various methods reported in the literature such as high performance liquid chromatography (HPLC) with UV detection [3], liquid chromatography coupled with tandem mass spectroscopy [4], UV spectrophotometry [5]. HPLC method for determination of EZE from pharmaceutical dosage form has been reported in the literature [6]. Reports are available which describe a stability indicating method for determination of SMV as well as for EZE with its degradation products and impurities [7,8]. Simultaneous determination of SMV and EZE from pharmaceutical dosage form by dual mode gradient liquid chromatography was also reported [9]. The method involved use of C8 column and elution was accomplished by the application of a dual-mode solvent and flow-rate gradient system. Detection was carried out using a diode-array detector set at 240 nm. A Stability indicating HPTLC method for simultaneous estimation of SMV and EZE was also reported [10].

The present work is aimed at development of a sensitive, specifi c and validated reverse phase high performance liquid chromatographic method for simultaneous determination of SMV and EZE from the dosage form and its degradation products formed under stress degradation of both SMV and EZE.

Simvastatin was donated by Sun Pharmaceuticals Ltd., Mumbai, India. Ezetimibe was generously gifted by Lupin Pharmaceutical Ltd., Pune, India. Acetonitrile (HPLC grade) was purchased from Qualigens fine chemicals, Mumbai, India. Distilled, 0.45 μm fi ltered water used for HPLC analysis and preparation of buffer. Buffers and all other chemicals were analytical grade. The chromatographic system consisted of the following components all from Jasco corporation (Tokyo, Japan): A UV/Vis detector (UV 2075 plus) covering the range of 200-400 nm and interfaced to a computer for data acquisition and a recorder model Star 800 interface module. A PU 2080 plus solvent delivery system, a Rheodyne, 50 μl loop injector. An ODS Hypersil column (250×4.6 mm, 5 μm) was used (Thermo Electron Corporation, USA) and mixture of acetonitrile and phosphate buffer (pH 4.5, 0.01M) in the proportion of 65:35 v/v was used as mobile phase at 1.0 ml/min. The column was maintained at ambient temperature. Detector was programmed at 232 nm for detection of EZE for 10 min and 238 nm for detection of SMV from 10 min to 20 min.

A stock solution was prepared by dissolving accurately weighed 25 mg of SMV and EZE in a 25 ml volumetric fl ask to obtain 1 mg/ml solution using HPLC grade methanol. The stock solution was diluted suitably with methanol to obtain concentrations in the range of 2 to 10 μg/ml and calibration curves were plotted.

The system suitability was assessed using five replicate analyses of drugs at concentration of 2 μg/ ml. The acceptance criterion was ±2 % of coeffi cient of variation (% CV) for retention times and peak areas for both drugs.

Accuracy of the assay method was determined for both intra-day and inter-day variations using the triplicate analysis of drugs at three concentrations viz. 2 μg/ml, 6 μg/ml and 10 μg/ml. These samples are denoted as QC samples. Precision of the assay was determined by repeatability (intra-day) and intermediate precision (interday) in triplicate. Repeatability refers to the use of the analytical procedure over a short period of time that was evaluated by assaying the QC samples during the same day. Intermediate precision was assessed by comparing the assays on different days (3 days).

Specificity of the method was determined by subjecting the sample solution (5 μ g/ml) to degradation after addition of pH 7.4 buffer in order to verify that none of the degradation products interfered with the quantitation of drug.

Stress testing of the drug substance can help identify the likely degradation products, stability of the molecule and also validate the stability and specifi city of the analytical procedures. For degradation studies, solutions of drugs in methanol containing 1000 μg/ml were mixed with 0.1N HCl, pH 7.4 phosphate buffer and 10% H2O2 to obtain the concentration of drug 5 μg/ml. The solution mixed with H2O2 was heated at 60º for 30 min, solution mixed with 0.1N HCl and phosphate buffer pH 7.4 solutions were kept at room temperature for degradation to occur. Fifty microlitres of the solutions were injected in HPLC and analyzed.

Application of method to dosage form

The developed and validated HPLC method was applied for determination of SMV and EZE from dosage forms. SMV and EZE tablets of 10 mg strength from Ranbaxy Labs (Simvotin™ EZ 10) were evaluated for SMV and EZE content in tablets. The tablets were powdered and powder equivalent to 10 mg of drugs was weighed. The weighed samples were placed in extraction flask and methanol was added to extract the drug. The suspension was sonicated for 10 min and stirred using a CM 101 cyclomixer (Remi Equipments, Mumbai, India). The mixture was centrifuged using Minispin centrifuge (Eppendorf, Germany) for 10 min at 10, 000 rpm. The supernatant was diluted suitably to obtain 10 μg/ml concentration of both drugs. The solutions were injected into HPLC and analyzed for drug content.

Both SMV and EZE have limited aqueous solubilities hence methanol was used for the extraction of drugs from the formulations and for preparation of stock solutions. EZE and SMV have λmax at 232 nm and 238 nm respectively, so HPLC analysis was done at 232 nm for EZE and 238 nm for SMV. Mobile phase optimization was initiated using ACN and phosphate buffer pH 4.5 at the flow rate of 1.5 ml/min [11]. The flow rate was decreased from 1.5 ml/min to 1.0 ml/ min to resolve the degradation product from main drug peaks. The peak shape and separation was found to be good when a mobile phase composition of 65:35 (v/v, acetonitrile:phosphate buffer pH 4.5) was used at the flow rate of 1.0 ml/min. Although a HPLC gradient method using diode-array detector has been reported for the determination of SMV and EZE from pharmaceutical dosage form, the above developed method has few advantages on the reported method [9]. The method developed above is simple, uses isocratic flow system and UV detector for detection of drug. The chromatograms are given in the fig. 2. Figure 2: Chromatograms of SMV and EZE
(a) LOQ of EZE and SMV, (b) standard solution (10 μg/ml), (c), Standard solution (2 μg/ml). EZE and SMV elute approximately at 4.7 min and 14.7 min. (d) Methanol devoid of drugs. SMV is simvastatin and EZE is ezetimibe

Table 1: Regression analysis of linearity data of EZE and SMV.

SD is the standard deviation; % CV is coeffi cient of variance; LOD, limit of detection and LOQ, limit of quantifi cation; n=5.

Fig. 2 shows the chromatogram of methanol devoid of drugs, standard concentrations of SMV and EZE and LOQ of drugs. The method was inferred to be sensitive as evident from triplicate injections for LOQ (Table 2). The % CV was 1.27 % for EZE and 7.63% for SMV, respectively.

The accuracy and precision calculated for samples during intra day and inter day run are given in Table 3. The intra day accuracy ranged from -2.09 % to 0.18 % and percent coeffi cient of variation for precision from 0.72 % to 2.80 %. The results obtained from intermediate precision (inter-day) also indicated a good method precision. All the data were in the acceptable range of criteria of 5%.

Table 3: Intra-and inter-day accuracy and precision of hplc assay for eze and smv The HPLC method developed was also useful for the determination of degradation products formed when the drugs were treated with acid, phosphate buffer pH 7.4 and hydrogen peroxide. The previously reported method was not applied for the separation of degradation products from the parent drugs and no method has been reported for the same [9]. Individual drugs were exposed to acid, phosphate buffer pH 7.4 and H2O2 to confi rm the assignment peaks observed due to degradation of SMV/EZE in the chromatogram of SMV and EZE mixture (data not shown). The stress testing involved effect of heat, oxidation and pH on the stability of drug in solution. When 0.1 N NaOH was used, SMV and EZE were completely degraded in 30 min even when stored at room temperature and no drug peaks were seen. Hence phosphate buffer pH 7.4 was used as a medium for degradation. Duration of 30 min was suffi cient to form the degradation products without losing the drug peaks. In this case EZE degradation peak was detected following the peak of EZE, which was distinctly separated from EZE peak (fig. 3). Two peaks of SMV degradants were observed. The major degradation peak of SMV was eluted at 8 min and second degradation peak was eluted at 16 min. The tailing factor of all the peaks was less than 2 (Tables 4 and 5). These degradation peaks were also observed when SMV solution was exposed to acid. No additional peak was observed when EZE was treated with 0.1N HCl. In acidic conditions, EZE remained stable and the content of EZE was in the range of 95% - 105%. In case of oxidative degradation there was a signifi cant decrease in peak area of SMV with no additional peak of degradant, indicating that SMV was degraded to a great extent by oxidation. There was no significant change in peak area of EZE and no degradation product was observed which indicates EZE is stable to oxidative stress.

The solutions mixed with 0.1N HCl (acidic condition) and phosphate buffer pH 7.4, were kept at room temperature, whereas solution mixed with H2O2 was heated at 60º for 30 min. EZE denotes ezitimibe.

The solutions mixed with 0.1N HCl (acidic condition) and phosphate buffer pH 7.4, were kept at room temperature, whereas solution mixed with H2O2 was heated at 60º for 30 min. SMV is simvastatin

The method was used for determination of both the drugs from pharmaceutical dosage form. Tablets containing EZE and SMV of Ranbaxy labs (Simvotin™ EZ 10) were evaluated for content of SMV and EZE. The product was analyzed in triplicate (Table 6). None of the tablet ingredients interfered with the analysis of both the drugs as seen in fig. 4. 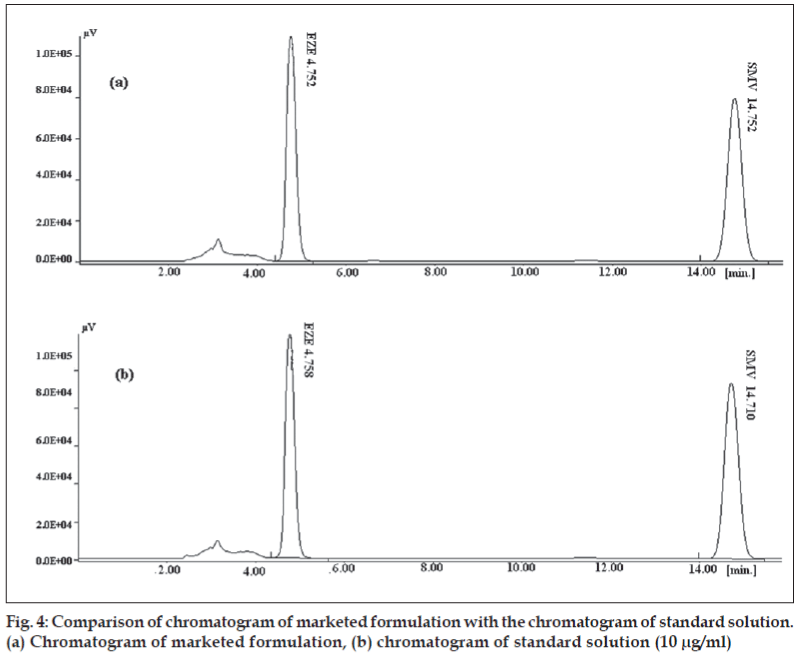 Table 6: Content of eze and smv in tablet dosage form.