A new method of preparation of sintered matrix tablets of rifampicin with ethylene-vinyl acetate copolymer is developed for controlling its release rate. This method is very simple. Drug and polymer powder (ethylene-vinyl acetate copolymer) were mixed and compressed at room ternperature. The compressed fluffy matrices were kept at 60o, 70o and 80o for 1.5,3 and 4.5 h for sintering. The sintered tablets were characterized for their physical characteristics and evaluated for in vitro dissolution studies. The sintering time markedly affected the drug release properties from the matrices. The release rate of rifampicin from EVA 1408 matrices was inversely related to the time of sintering due to the increase in the extent and firmness of sintering which compacts the mass further so that the drug release is affected. The drug release followed diffusive mechanism with first-order release kinetics. 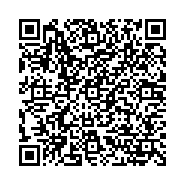