In the present investigation we prepared drug free polymeric films of ethyl cellulose (EC), to explore their suitability for transdermal application as the rate controlling membrane. Castor oil, glycerol was incorporated at a concentration of 30%w/w, 40%w/w of dry polymer, as plasticizer. The dry free films were evaluated for various physicochemical characters. The permeability characteristics of free films was studied using nifedipine as model drug. Drug was incorporated in 4% hydroxy propylmethylcellulose gel. The backing membrane was a non permeable aluminium foil laminated with polyethylene. Skin irritation study for the transdermal patches were assessed and were found to be free of irritation. An enhancement technique for drug permeation and in vivo pharmacological studies were also carried out. From this study it was concluded that faster release was observed from ethyl cellulose patches containing glycerol as plasticizer. 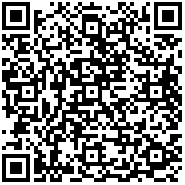