The catalytic activity of cytochrome P450 enzymes is known to be affected by presence of organic solvents in in vitro assays. However, these effects tend to be variable and depend on the substrate and CYP450 isoform in question. In the present study, we have investigated effect of ten water miscible organic solvents (methanol, ethanol, propanol, isopropanol, acetone, acetonitrile, dimethylsulphoxide, dimethylformamide, dioxane and PEG400) on water soluble substrates of CYP450, metoprolol and imipramine, at 0, 0.1, 0.25, 0.5, 0.75 and 1% v/v concentration in rat liver microsomes. Organic solvents studied had a concentration dependent inhibitory effect on the metoprolol and imipramine metabolism activity. Metoprolol metabolism was found to be more susceptible to the organic solvents, almost all the ten solvents had more or less inhibitory effect compared to imipramine metabolism. Except acetone, PEG400 and dimethylsulphoxide, all solvents had ~50% inhibition of total metoprolol metabolism activity, while in case of imipramine metabolism activity, only n-propanol, isopropanol and PEG400 had ~50% inhibition at 1% v/v. Interestingly, methanol, dimethylsulphoxide and acetonitrile had negligible effect on the imipramine metabolism (less than 10% inhibition at 1% v/v) while, total metoprolol metabolism activity was substantially inhibited by these solvents (MeOH 52%, DMSO 29% and ACN 47% at 1% v/v). In both cases, dioxane was found to be the most inhibitory solvent (~90% inhibition at 1% v/v). 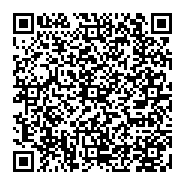