To investigate the relationship between urate iransporter-1 gene polymorphism and the uric acid-lowering effect of losartan in hypertensive patients complicated with hyperuricemia, polymerase chain reaction-restriction fragment length polymorphism was used to identify the genotypes of 100 hypertensive patients with hyperuricemia and 100 healthy controls. The experimental group patients received oral administration of 100 mg losartan for 14 d. Blood pressure, uric acid, creatinine, blood urea nitrogen, triglyceride, total cholesterol, high-density lipoprotein cholesterol, low-density lipoprotein cholesterol, small and dense low-density lipoprotein cholesterol and fasting plasma glucose were measured before and after treatment. There was no significant difference in the frequency distribution of alleles and genotypes of rs7929627, rs75786299 and rs3825017 between the two groups. After treatment, the levels of uric acid, creatinine, blood urea nitrogen and fasting plasma glucose were significantly decreased and the levels of uric acid and creatinine in hypertensive patients with hyperuricemia were significantly lower than those with TT genotype (p<0.05). The rs7929627, rs75786299, and rs3825017 of the URAT1 gene could affect the uric acid-lowering effect of losartan. 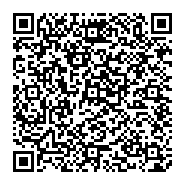