The purpose of this study is to analyze the clinical effects of acupuncture in the treatment of refractory facial neuritis. In this study, 80 patients with intractable facial neuritis are selected as the study subjects, and the patients are randomly divided into 2 groups with 40 people in each group. The first group is the experimental group, and the patients are treated with acupuncture and Chinese medicine. The second group is the control group, and only the same Chinese medicine treatment is given. The curative effect is determined by the scores of symptoms, signs and complications of the two groups before and after treatment. The results show that each score of the experimental group decreased more than those of the control group after treatment. This indicates that the therapeutic effect of acupuncture and traditional Chinese medicine is much better than that of the control group only treated with traditional Chinese medicine, and acupuncture has an excellent clinical therapeutic effect in the treatment of intractable facial neuritis.

Facial neuritis, called idiopathic facial paralysis in modern medicine, also known as Bell paralysis, is a kind of disease caused by peripheral facial muscle paralysis due to non-specific inflammation of facial nerve in facial nerve tube, and then motor dysfunction of facial expression muscle group[1,2]. It is a kind of nervous system disease with high incidence, which can occur in any age group, mainly in people aged 30 to 45 y old. The etiology and mechanism of facial neuritis have not been clearly stated[3]. With the further study and discussion of modern medicine, its etiology and pathogenesis have been further understood[4]. It is generally believed that local neurotrophic vasospasm is caused by a variety of factors such as cold and chill, circulation disorder, viral or non-specific infection, and instable autonomic nerve, resulting in facial nerve edema and swelling[5,6]. Bigoted facial paralysis is caused by prolonged non-healing of peripheral facial paralysis[7]. Patients often fail to complete their actions such as frowning, closing their eyes, cheek blowing, and showing teeth. Some patients after conventional treatment can be cured or partial recovery within 2 mo, nearly twenty percent of the patients after conventional treatment is still left joint movement (mouth and eyes move together), the phenomenon of the fault (reverse skew), facial spasm, crocodile tears and other complications. Patients with disease duration of more than 2 mo belong to the category of bigoted facial paralysis, in which more males than females. Bigoted facial paralysis, due to its complicated etiology, brings great inconvenience and mental pressure to the daily study, life and social interaction of patients. In the past, simple treatment with Traditional Chinese medicine (TCM) still led to many people who couldn’t be cured quickly and developed into intractable facial neuritis[8]. Therefore, based on years of experience in treating intractable facial neuritis by attending physicians, it combines acupuncture treatment with Chinese medicine treatment in this study. Compared with the TCM treatment alone, it systematically analysis the clinical efficacy of acupuncture combined with medicine in the treatment of this disease, so as to provide a treatment method with definite curative effect, strong operability and easy to be popularized and applied in the treatment of bigoted peripheral facial paralysis. In this research, 80 patients with intractable peripheral facial paralysis who met the standards of TCM treatment in Affiliated Hospital of Gansu University of TCM from April 2014 to April 2018 are studied. According to the random principle, the patients are divided into two groups for observation. One group is the experimental group of 40 patients, who receive acupuncture treatment and Chinese medicine treatment; the other group is the control group of 40 patients, who only receive Chinese medicine treatment. The informed consent signed by the patients or their family members was obtained and this study was approved by the medical ethics committee of Affiliated Hospital of Gansu University of TCM. 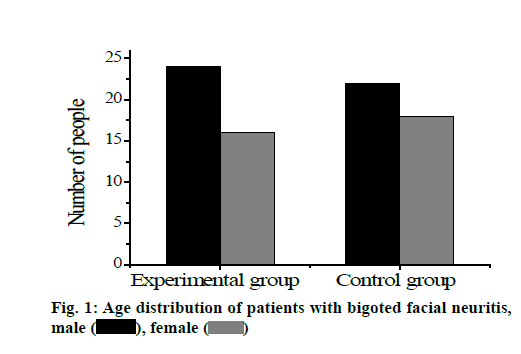 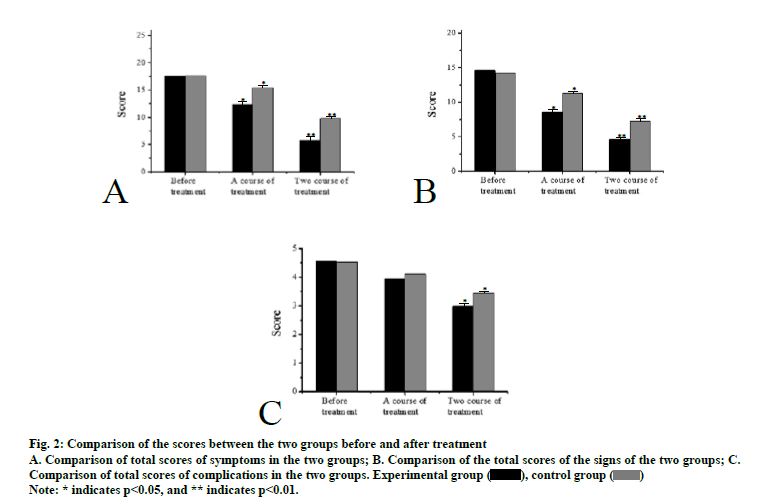 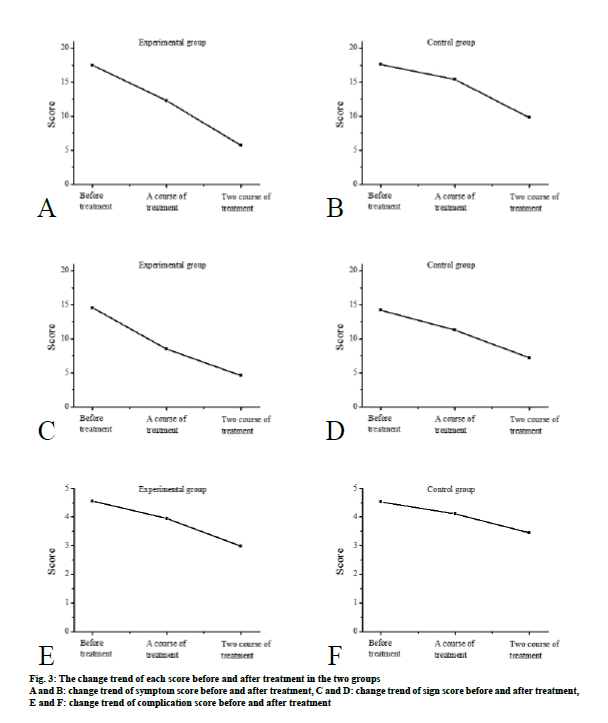 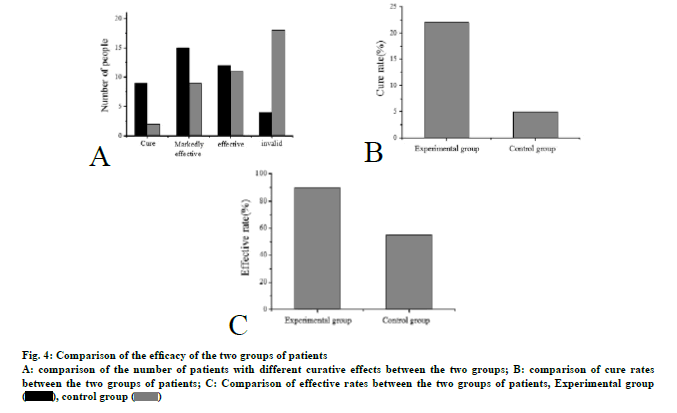