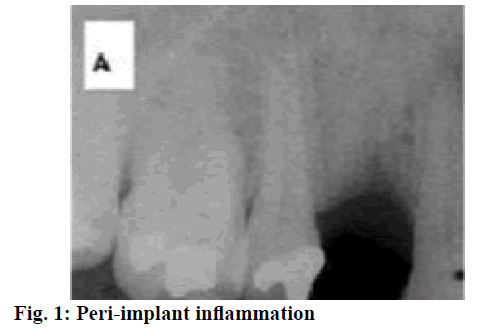 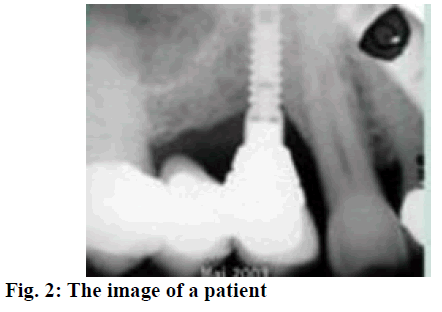 Figure 2: The image of a patient 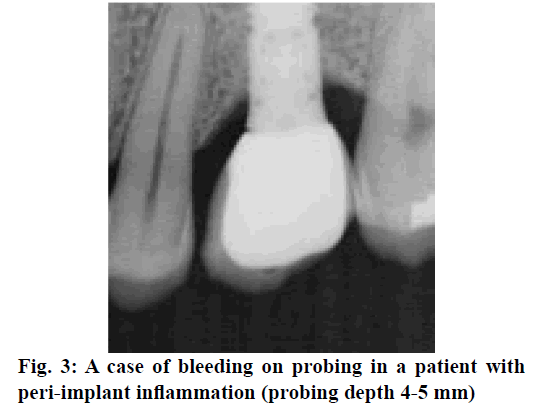 Figure 3: A case of bleeding on probing in a patient with peri-implant inflammation (probing depth 4-5 mm)

Table 1: Comparison of the Number of Plaques between Both Groups

Table 2: Comparison of the Probing Depth Between Both Groups Before and After Treatment

Table 3: Comparison of the Sulcus Bleeding Index between Both Groups Before and After Treatment

Peri-implant inflammation is a major complication in the course of implant treatment, which is closely related to the patient’s poor oral hygiene and poor oral habits. Mainly caused by the failure of synostosis induced by infection, peri-implant inflammation is characterized by mucosal inflammatory hyperplasia, abscess and fistula around the implant. The progression of inflammation can cause bone loss around the implant and eventually lead to implant failure[7,8]. Timely and effective treatment of peri-implant inflammation is an important guarantee for improving patients’ life quality. Minocycline hydrochloride ointment can exert a high affinity to bone tissue, actively inhibit collagenase activity and reduce the degree of damage to periodontal tissues, thus promoting periodontal tissue regeneration[9-13]. The underlying mechanism is to inhibit the bacterial protein synthesis and exert antibacterial effects against staphylococcal, Escherichia coli and the gram-negative bacteria in the subgingival plaque, thus leading to favorable improvement on the various symptoms of periodontitis. Minocycline is a semi-synthetic tetracycline with a longer lasting, broad spectrum antibacterial activity that can penetrate well. Moreover, the ointment can slowly release minocycline in to the periodontal pocket. In the presence of water, the ointment will harden and produce a film-like substance, so that the local drug concentration could be maintained at high level for 5 d to 1 w. Therefore, the application of minocycline hydrochloride ointment can significantly improve the function by fully exerting the therapeutic effects[14-16].