This is an open access article distributed under the terms of the Creative Commons Attribution-N onCommercial-ShareAlike 3.0 License, which allows others to remix, tweak, and build upon the work non-commercially, as long as the author is credited and the new creations are licensed under the identical terms

Hepatocellular carcinoma (HCC) has the third most serious cancer mortality worldwide and is a rapidly rising global disease burden with 748 300 new cases diagnosed yearly[1]. The primary treatment for HCC is surgical resection. However, HCC is diagnosed at intermediate or advanced stages in approximately 70 % of cases in which the tumor can’t be resected[2]. In recent years, regional therapies, such as ablation, conventional transarterial chemoembolization (c-TACE), radioembolization with Yttrium-90 microspheres (Y90- TARE), have emerged as tools of palliation, surgical down staging and bridging therapy prior to transplant. c-TACE has been recommended as the standard therapy for intermediate stage HCC[3]. Y90-TARE has been regarded as an alternative therapy to c-TACE for unresected HCC[4]. The American Association for the Study of Liver Diseases (AASLD) has recommended c-TACE for intermediate stage or Barcelona clinic liver cancer (BCLC)-B stage of unresectable HCC[5,6]. Y90- TARE has been advocated as the preferred therapy for HCC with portal vein thrombosis because of lower risk of hepatic parenchymal damage and ischemia[7]. However, the overall survival rate and tumor response in the treatment of unresectable HCC still needs to be confirmed[8]. Randomized trails or large scale prospective studies evaluating advantages conferred by Y90-TARE treatment in terms of survival or in tumor response are seldom reported. Therefore, this metaanalysis aimed to evaluate the overall survival rate and tumor response in the therapy of Y90-TARE versus c-TACE for unresectable HCC, which might help establishing an optimal therapy for HCC.

The primary end points were. 3 y overall survival (OR) rate after Y90-TARE or c-TACE treatment, with overall tumor response status as a secondary end point. Reviews without original data, meeting abstracts, expert opinions, case reports, animal experiments, guidelines and single-arm studies were excluded. Studies in languages other than English were excluded too. The reports evaluating 3 y OS rates and tumor response rate comparing Y90-TACE with c-TARE in the unresectable HCC, as well as studies with complete data were included. All data extraction was checked and calculated by two of the coauthors (Qin and Xue). Studies and patients’ baseline characteristics were recorded. The quality of all the studies in this meta-analysis was assessed using Newcastle-Ottawa scale[9]. Articles with the Newcastle-Ottawa Scale (NOS) exceeding 6 were considered as high quality. All statistical analyses were performed using Review Manage (Revman, version 5.1.0) form the Cochrane Collaboration. The majority of included studies were case control studies. Kaplan-Meier estimates was used to the trails that didn’t specifically provide the 3 y OS rate. Dichotomous variables were used to evaluate Odds ratios (OR) and its 95% confidence interval as the primary measure of treatment effect. Pooled ORs and 95 % CI were performed using either Laird model or Mentel Haenszel model. Q-test and I2 statistics were used to assess the heterogeneity of the included studies. Low level of heterogeneity was defined as p≥0.1 and I2≤50 %[10]. The risk of publication bias was assessed by visual inspection of the symmetry of the funnel plot[11]. The significance of the pooled ORs was assessed by X2 test. p<0.05 was considered significant.

The study selection process is shown in figure 1. After duplicate removal, the remaining 187 studies were examined at length. Six case control studies and one cohort study met the inclusion criteria and were included in the final meta-analysis[4,12-17]. A total of 1426 patients were included in this study of which 1013 were treated with c-TACE, 413 with Y90-TARE. Patient characteristics of the included studies were summarized in Table 1. All these studies were published in English. Five studies were conducted in USA, one in China, one each in German and Egypt[12-17]. The etiology of the most included patients was a result from HCV or alcohol[4,12-17]. Pre-treatment function of most included patients was in Child-Pugh A[4,12-17]. Three studies reported the BCLC stage and more than half of the patients were in BCLC-B stage[4,14,15]. 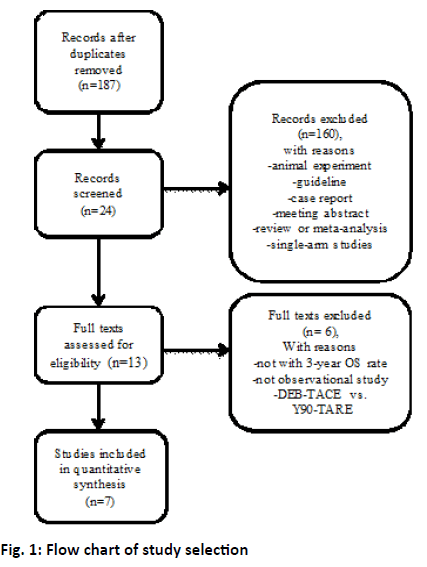 Table 1: The Baseline Characteristics of the 7 Studies

Figure 3: Forest plots of overall tumor control of all included studies in HCC patients that received Y90-TARE or c-TACE

Two randomization-controlled trials from Barcelona and Hong Kong demonstrated a survival benefit for c-TACE compared to the conventional therapy and established c-TACE as the therapeutic standard in intermediate stage HCC[6,18]. c-TACE is the standard of care in the management of intermediate stage unresectable HCC as defined by the BCLC staging system and reinforced by recommendations of AASLD[5,19]. With progressive intra-hepatic spread and macrovascular invasion, HCC lesions become less amenable to c-TACE. It has showed that Y90-TARE has superior efficacy than c-TACE[14,20].

A randomization-controlled study showed a clinical benefit in progression free survival by the treatment of Y90-TARE in patient with liver metastasis to colorectal tumors, after that, Y90-TARE was approved by the FDA[6]. However, some other clinical studies had reported conflicting results[4,13,15]. The treatment of Y90-TARE in the intermediate stage HCC (BCLC B) has produced median overall survival of 17 mo in multiple reports including the phase II trial. In contrast, c-TACE treatment produced median overall survival ranging from 16 to 22 mo[21]. TACE is the transarterial treatment of choice for patients with marginal hepatic reserve (i.e., hyperbilirubinemia, ascites) who may be candidates for transplant. Therefore, it is necessary to compare the efficacy of Y90-TARE with that of c-TACE in intermediate stage HCC.

In this meta-analysis, published studies were evaluated to compare the efficacy of Y90-TARE with that of c-TACE in intermediate stage HCC, which is the most comprehensive study including the 3 y OS rates and tumor response. The outcomes indicated that patients treated with Y90-TARE had significant higher 3 y OS rates; the tumor response had no significant difference between the 2 groups. This study indicated that the 3 y OS rate was significantly higher in Y90-TARE group than in the c-TACE group (OR=2.03, 95 % CI=1.45, 2.84, p<0.0001), but all the statistical calculation was only based on observational studies and was not be confirmed by randomized clinical trials. Meanwhile since limited patients were included in the current analysis and most of the participators are from USA, more studies with patients of different races are needed to further confirm this conclusion.

For the results of tumor response, meta-analysis of all included studies suggested there was no statistical difference between Y90-TARE group and c-TACE group. Subgroup analysis to pool data according to various design of studies was used. For overall tumor control, the analysis of subgroup demonstrated that Y90-TARE group was superior to c-TACE group (figure 4). Probably it did not consider the rate at which responses occurred as the Y90-TARE differed from c-TACE. c-TACE responses were observed soon after the first treatment, but Y90-TARE responses occurred much more slowly, for some patients the responses were continued for >24 mo after a single treatment[17].

However, some specific limitations of this metaanalysis should be pointed out. First, all the seven included studies were observational studies, 6 of them were case control studies and only one was cohort study. While patients included in the observational studies might have been less selected and might not reflect the true patient population in the real world. Secondly, the etiology of HCC, for example virus hepatitis, alcoholic hepatic disease, was not considered in the analysis. Third, the most patients were from USA, which limited the universality of these conclusions. Hence, updated clinical trials are needed to interpret the results.