Cytotoxic activities of acetoacetanilide N(4)-methyl(phenyl)thiosemicarbazone (L2H) and its seven different metal complexes were studied. Of these, IC50value of the copper complex was found to be 46 μg/ml. Antitumour studies of this copper complex was carried out using Daltons Lymphoma Ascites cell-induced solid tumour model and Ehrlich's Ascites Carcinoma cell-induced ascites tumour model. Administration of the copper complex at different concentrations (10, 5 and 1 mg/kg b. wt) inhibited the solid tumour development in mice and increased the mean survival rate and the life span of Ascites tumour bearing mice in a concentration dependent manner.

Coordination compounds have immense applications in different fields such as metallurgy, industry, biology and medicine. Although metals are used in the medical field, the actual role and potential of metal based drugs were fully understood only after the discovery of cisplatin, i.e., cis- [dichlorodiammine] platinum (II) [1]. Cisplatin and carboplatin still play prominent role in cancer chemotherapy [2,3].

Since the cost of platinum complexes is very high, complexes of cheaper metals like copper and iron were tried in cancer chemotherapy. According to Petering [10], Cu(II) ion alone will not have any antitumour activity, but will act as an inhibitor of tumour growth in the chelated form. Even though, the actual pathway by which the copper chelate inhibits the cancer growth is not known, it is believed that this will be on the basis of structure activity correlation as in the case of cisplatin [11] (i.e. DNA intercalation). Earlier studies based on the inhibition of DNA biosynthesis showed that copper complexes were more active as antitumour agents than those of Fe(III), probably due to the reversible reduction processes at accessible electrode potential of copper compounds [12]. Secondly, 4-coordinate planar copper complexes will get attached to nitrogen base of DNA, thus blocking the base replication leading to the inhibition of tumour growth than 6-coordinate complexes of Fe(III) [13].

Among the important mechanistic conclusions emanated from the structural studies, a prominent one is the finding that the ligand systems with NNS, ONO or ONS donor atoms have ample carcinostatic potency. Recently, it has been shown that substitution on the 4th nitrogen of thiosemicarbazone can enhance its biological activity [14]. Our literature survey revealed that semicarbazone, thiosemicarbazone and related compounds of 1,3-diketoderivatives have been seldom investigated for their biological activities [15,16]. Hence, it is considered to be worthwhile and interesting to evaluate the antitumour activity of acetoacetanilide N-(4)methyl(phenyl) thiosemicarbazone (AcTSC) and its metal complexes.

All chemicals used were of AnalaR quality and purchased from Merck. Commercial solvents used for the synthesis were purified by standard methods [17]. Hydrated metal salts purchased were used as such for the preparation of the complexes.

Preparation of the thiosemicarbazone complexes

A methanol solutions of metal acetate (0.025 mol in 20 ml) was added to a methanol solution of AcTSC (0.05 mole in 40 ml) and the mixture was refluxed for 4 h. Then it was evaporated and cooled. The solid complex that formed was filtered off, washed several times with methanol and water. It was dried in a desiccator. The product was kept over fused calcium chloride. The complexes of Fe(II), Co(II), Ni(II), Cu(II), Zn(II) and Cd(II) were prepared using a reaction mixture containing metal acetate and ligand in 1:2 molar ratio. Yield and melting point of complexes were noted (Yield: 70–80%, m.p.=210–220°) [18] (Scheme 1). 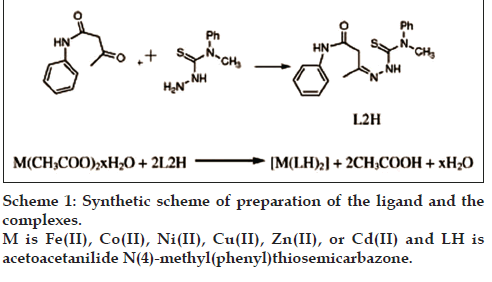 Scheme 1: Synthetic scheme of preparation of the ligand and the complexes.
M is Fe(II), Co(II), Ni(II), Cu(II), Zn(II), or Cd(II) and LH is acetoacetanilide N(4)-methyl(phenyl)thiosemicarbazone.

Characterization of the ligand and complexes

The ligand (fig. 1a) and the complexes (fig. 1b) were characterized by elemental analysis, magnetic moment measurements, IR, UV/Vis spectrum and 1H NMR spectral studies [18]. 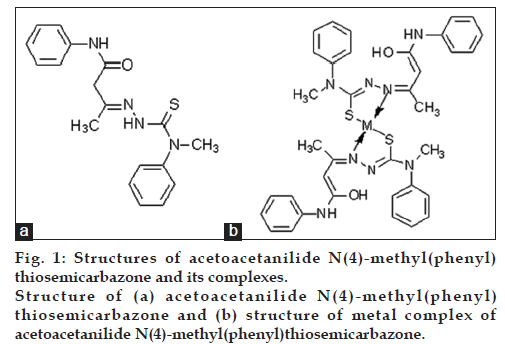 The preparation of the drug

Swiss albino female mice (20-25 g) were obtained from the Small Animal Breeding Station (SABS), Mannuthy, Thrissur, Kerala. They were kept under standard conditions of temperature and humidity in animal house of Amala Cancer Research Centre. The animals were provided with standard mouse chow (Sai Durga Feeds and Foods, Bangalore, India) and water ad libitum. All the animal experiments in this study were carried out with the prior approval of the Institutional Animal Ethics Committee (IAEC) and were conducted strictly according to the guidelines of Committee for the Purpose of Control and Supervision of Experiments on Animals (CPCSEA) constituted by the Animal Welfare Division, Government of India.

Mouse lung fibroblast (L929 cells) were cultured in DMEM medium supplemented with FBS (10% v/v), streptomycin (100 μg/ml) and penicillin (100 U/ml) and kept at 37° in an incubator with 5% CO2. Dalton’s Lymphona Ascites (DLA) and Ehrlich’s Ascites Carcinoma (EAC) cells maintained in the intraperitoneal cavity of mouse, were used for the study.

The test compounds were studied for short-term in vitro cytotoxicity using Dalton’s lymphoma ascites cells (DLA). The tumour cells aspirated from the peritoneal cavity of tumour bearing mice were washed thrice with PBS or normal saline. Cell viability was determined by Trypan blue exclusion method [18]. Viable cell suspension (1×106 cells in 0.1 ml) was added to tubes containing various concentrations of the test compounds and the volume was made up to 1 ml using phosphate buffered saline (PBS). Control tube contained only cell suspension. These assay mixtures were incubated for 3 h at 37°. Further cell suspension was mixed with 0.1 ml of 1% Trypan blue and kept for 2–3 min and loaded on a haemocytometer. Dead cells take up the blue colour of Trypan blue while live cells do not take up the dye. The stained and unstained cells were counted separately.

For long-term cytotoxicity, L929 cells were used. The cells were seeded in to 96 well flat bottom titre plate (5000 cells/well) containing 200 μl MEM (minimum essential medium) with 10% FCS (fetal calf serum) and incubated for 24 h at 37° in 5% CO2 atmosphere for the attachment of cells. After incubation, various concentrations of the test compound were added to the wells in triplicates and the incubation was continued for 48 h. Twenty microlitres of MTT (5 mg/mL in PBS) was added to each well before 4 h of the completion of incubation. After the incubation period, the plates were centrifuged, supernatant liquid was removed and 100 μl of DMSO was added to each well. The plate was then incubated at room temperature for 15 min and the optical density (OD) was measured at 540 nm. The percentage of dead cells was determined using the formula: % of dead cells=(I–OD of drug treated/OD of control)×100.

Drug and cyclophosphamide were given by intraperitoneal injection from the first day of tumour induction. The death pattern of animals due to tumour burden was noted and the percentage increase in life span was calculated as, %ILS=(T-C/C)×100, where T and C are mean survival of treated and control mice, respectively.

Swiss albino mice (female, 5–6 w old) weighing 20–25 g were divided into 4 groups comprising of 6 animals in each group for the above studies. Tumour was induced by injecting DLA cells (0.1 ml of 106 cells per mouse) in to the right hind leg of mice. Group 1 was kept as control Groups 2, 3 and 4 were treated with copper complex of AcTSC. Group 5 was treated with cyclophosphamide. The tumour development on animals of each group was determined by measuring the diameter of tumour growth in two perpendicular planes using a digital vernier caliper starting from 7th day of tumour induction up to 34th day. The tumour volume was calculated using the formula, V=4/3πr1 2r2, where r1 is the minor diameter and r2 is the major diameter [19]. 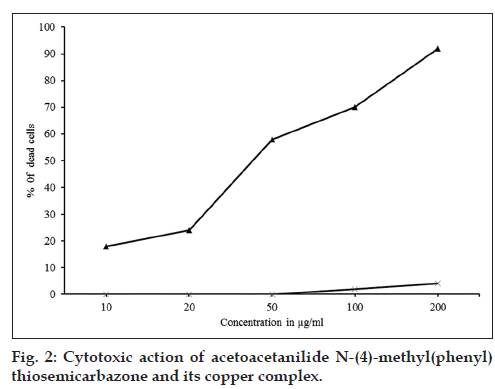 Table 1: In Vitro Cytotoxicity Of Actsc And Its Different Complexes

The results of long-term in vitro cytotoxicity of the copper complex of AcTSC showed that it is nontoxic up to 0.5 μg/ml towards L929 cells (Table 2).

Table 4: Effect Of Copper Complex Of Actsc On The Life Span Of Ascites Tumour Bearing Mice

In the control animals, the volume of tumour was increased to 2.973 cm3 on 34th d, while in the animals treated with the copper complex, there was a significant reduction of tumour volume. At 10 mg/kg, the volume was 1.1605 cm3, while at lower concentrations (5 and 1 mg/kg) the tumour volumes were 1.4692 and 2.1011 cm3, respectively. Treatment with cyclophosphamide, a standard antitumour drug reduced the tumour volume to 0.583 cm3 (Table 5 and fig. 3). 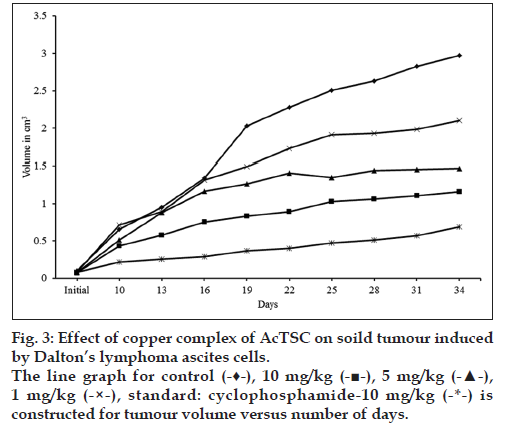 Table 5: Effect Of Copper Complex Of Actsc On The Reduction Of Tumour Volume

In 2008, approximately 12.7 million cancer cases were diagnosed and 7.6 million people died of cancer. The most common, being the cancer that affecting stomach, lung, liver and breast. Though many diseases (such as heart failure) may have worse effect on the society, it is believed that cancer is the most dangerous and deadly disease affecting human being. Therefore, cancer is regarded as a disease that must be “fought” to end. Here lies the importance of cancer research, which includes the intense scientific efforts to understand the disease processes and to discover the possible therapies.

Bearing in mind that the N-N-S or O-N-O or O-N-S donor system is a common feature for all compounds with carcinostatic potency, we proceeded the antitumour studies of acetoacetanilide N(4)-methyl(phenyl)thiosemicarbazone and its metal complexes and we got promising results. In vitro cytotoxicity studies on AcTSC and its different complexes showed cytotoxicity against DLA cell lines. The copper complex showed maximum cytotoxicity with an IC50 value of 46 μg/ml.

Ehrlich ascetic tumor is a rapidly growing carcinoma with very aggressive behavior [20]. It is able to grow in almost all strains of mice. The Ehrlich ascetic tumor implantation induces a local inflammatory reaction with increasing vascular permeability, which results in an intense edema formation, cellular migration and a progressive acetic fluid formation [21]. The ascetic fluid is essential for tumor growth since it constitutes a direct nutritional source for tumor cells [22]. The copper complex of AcTSC was found to be effective against DLA-induced solid tumour and EAC-induced ascites tumour. The 10 mg/kg body weight was more effective than the other two concentrations (5 and 1 mg/kg b.wt) in both the cases. The present study of in vitro cytotoxic and antitumour properties of the copper complex of acetoacetanilide N(4)- methyl(phenyl)thiosemicarbazone (AcTSC) suggests its potential use as an anticancer agent.