Mucoadhesive tablets for buccal administration of nicotine were prepared as an alternative to the available nicotine dosage forms. Three types of tablets were developed each containing two mucoadhesive components (HPMC, K4M and sodium alginate), (HPMC, K4M and carbopol) (Chitosan and sodium alginate). For each of these types, batches were produced changing the quantity of polymers resulting in nine different formulations. The tablets were evaluated for release pattern, and mucoadhesive performance. Pharmacokinetic studies were conducted in smokers. A peak plasma concentration of 16.78±2.27 ng was obtained in two hours, which suggests potential clinical utility in nicotine replacement therapy. 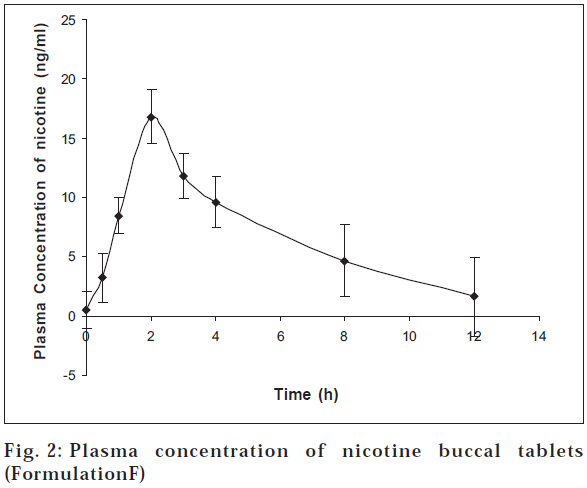