Gastric cancer, as a common malignant tumor, has the characteristics of high incidence rate, low survival rate and 5 y survival rate, which seriously endangering the health of patients. Most patients with gastric cancer need surgical treatment, especially radical gastrectomy. Although the curative effect is exact, there are many complications such as gastric bleeding, partial infection and delayed gastric emptying, which are not conducive to the recovery of patients prognosis[1]. In addition, cancer and surgical treatment can easily lead to panic and depression, which may interfere with the neuroendocrine function of patients and cause internal environment disorder, thus affecting the smooth progress of anesthesia and surgery, and also have adverse effects on the prognosis of patients[2]. Postoperative wound swelling and pain can cause insomnia, depression and even depression, and prolong the hospitalization time of patients[3]. Evidence based nursing (EBN) refers to nursing staff working out a reasonable and relatively perfect nursing scheme based on scientific research evidence, clinical experience, patients’ wishes and actual situation, and specific and specific problems encountered in clinical practice[4]. Therefore, in this study, we used evidence-based nursing to test its effect on perioperative anxiety and postoperative pain in patients with gastric cancer.

A total of 81 gastric cancer patients from September 2018 to September 2019 in our hospital were selected and randomly divided into experimental group (n=41 cases) and control group (n=40 cases).

The patients in the experimental group were given evidence-based nursing plan, which were as follows:

The evidence-based nursing group was composed of the responsible nurse, the nurse in charge and the head nurse. The head nurse served as the team leader and was responsible for supervising and managing the work of the team, while the team members were responsible for consulting the relevant literature, determining the difficulties and priorities of nursing cooperation, and formulating nursing measures.

Cooperation of itinerant nurses: Based on the tumor size, location and surrounding organ invasion of patients, the relevant instruments, including sterile distilled water, medical bio glue and surgical film, were prepared, and the shadow less lamp lighting was adjusted in time to obtain a clear surgical field, keep the suction tube unobstructed, timely suck out the bleeding and exudate, and reduce the exfoliated cancer cells, To avoid contamination of abdominal cavity, and to observe the operation process closely, timely replace the contaminated dressings and instruments.

Equipment nurse cooperation: strictly distinguish the “tumor free area” and “tumor area”, keep the gauze dry in the cancer area, use gauze pad to protect the surrounding tissues when the tumor is removed, and timely handle the gloves and gauze contaminated by the tumor. In addition, the instruments used before and after tumor resection should be placed separately, and the removed lymph nodes should not be directly contacted with hands. The lymph nodes should be arranged on the moist gauze. After the tumor was removed and the digestive tract was reconstructed, the surgical instruments were replaced. Before closing the abdomen, the abdominal cavity was rinsed with 1000-3000 ml distilled water for 2-4 times, and the residual liquid was sucked out with aspirator to prevent infection.

Prevention of complications: during the operation, oxygen saturation and vital signs of the patients were closely observed, the distribution of large vessels in the upper abdomen was understood, and the methods of vascular anastomosis or repair were mastered. First aid items should be prepared before operation, such as vascular suture, artery clip and rubber sling. In case of vascular injury during operation, timely cooperate with doctors for vascular anastomosis or repair.

There was no significant difference in intraoperative blood loss and operation time between the two groups. Intraoperative fluid infusion volume in the experimental group was significantly lower than that in the control group, as shown in fig 1.

Figure 1: Comparison of operation indexes between the two groups

There was a certain degree of anxiety and depression in the experimental group and the control group 3 d before the nursing intervention, but there was no statistical significance (p>0.05). After the implementation of nursing intervention, the SAS and SDS scores of the experimental group at 1 d before operation and 3 d after operation were markedly lower than those of the control group (p<0.05), as shown in fig 2. 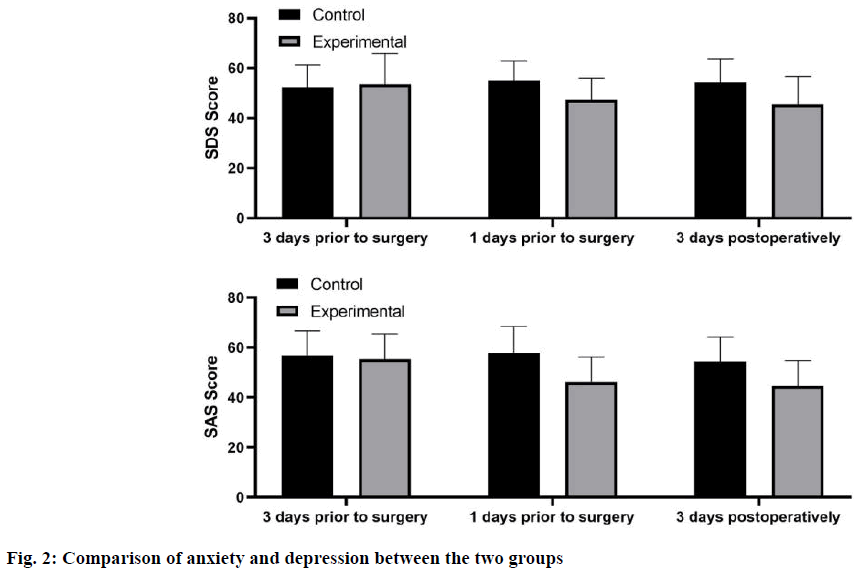 Figure 2: Comparison of anxiety and depression between the two groups

VAS scores of the experimental group at 6 h, 24 h and 72 h after operation were obviously lower than those of the control group (p<0.05), as shown in fig 3. 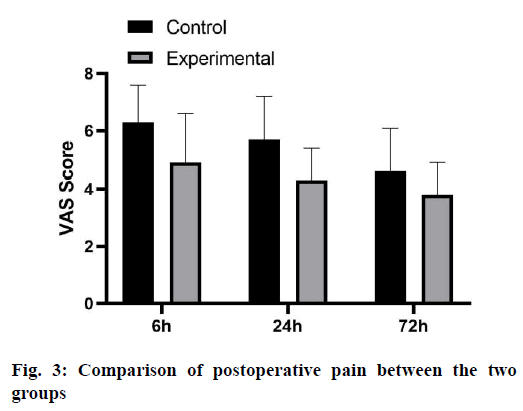 Figure 3: Comparison of postoperative pain between the two groups 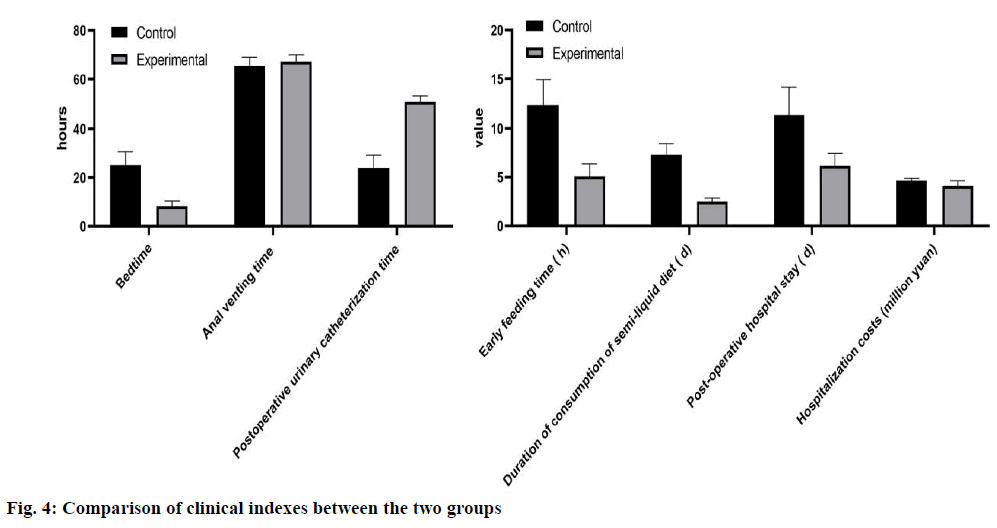 Figure 4: Comparison of clinical indexes between the two groups

Compared with the control group, the incidence of complications in the experimental group was significantly lower (p<0.05), as shown in fig 5. 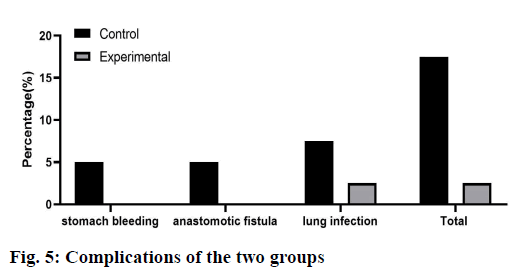 Figure 5: Complications of the two groups

Gastric cancer, as a common malignant tumor of digestive tract, is prone to produce greater psychological pressure on patients, especially insomnia, depression, and even depression among people who lack knowledge of gastric cancer, thus affecting the therapeutic effect and even aggravating the disease[6]. According to the different degree of anxiety of patients before operation, consulting relevant literature and combining with clinical experience, psychological intervention was taken to explain gastric cancer related knowledge for patients, so that patients can understand the disease more clearly, reduce the psychological burden and worry of patients, help patients correct their wrong ideas, and face the disease more confidently[7].

As a new nursing mode, evidence-based nursing can improve the pertinence, scientific and rationality of nursing work by combining clinical practice and various scientific basis[8-10]. Some studies have found that although radical gastrectomy can achieve good short-term efficacy, but the long-term recurrence rate is high (about 50 %-70 %). Therefore, strengthening the cooperation of tumor free operation and nursing, strictly distinguishing the “tumor free area” and “tumor area”, and placing the equipment according to classification and doing a good job of isolation can reduce the cancer cell shedding, so as to better prevent postoperative recurrence[11]. Meanwhile, distilled water can lyse tumor cells and reduce or inactivate tumor cells. Therefore, before closing the abdomen, wash the abdominal cavity in time to make the incision surface fully contact with the flushing fluid, and use the aspirator to absorb the residual liquid, which can avoid damaging the peritoneal cavity and reduce the growth of cancer cells[12]. In addition, clearing the blood vessels and lymph nodes around the organs is a key factor in radical gastrectomy for gastric cancer. However, when lymph nodes are removed, lymph leakage is easy to occur. Therefore, once lymphatic vessel injury is found during operation, timely suture treatment can reduce the risk of lymphatic leakage to a certain extent[13]. In this study, the out of bed activity and hospitalization time of the experimental group were shorter, and the complications were less. This result was consistent with the previous research reports[14,15], indicating that evidence-based nursing can reduce improper operation during operation and obtain better therapeutic effect.

Evidence based nursing is mainly based on more than ten optimization measures before, during and after the operation. Through preoperative communication between doctors and patients, good analgesia, improvement of fluid management, early eating and getting out of bed activities, evidence-based nursing can reduce or reduce the stress reaction of operation, so as to achieve the purpose of rapid recovery and early discharge of patients[16]. Intestinal tract is the largest immune organ in human body and one of the central organs of stress response. The intestinal peristalsis began to return to normal 6 h after abdominal surgery. Prolonged use of gastric tube increased the incidence of nausea, vomiting and pulmonary infection in patients with gastric cancer. Therefore, gastric tube was not routinely used in the experimental group. Oral administration of appropriate amount of carbohydrate before operation and early food intake after operation can avoid the stress reaction caused by starvation, promote the early recovery of intestinal function, maintain the function of intestinal mucosa, prevent flora imbalance and translocation, improve nutritional status and reduce the incidence of intra-abdominal and intra-abdominal complications[17]. Early postoperative recovery of diet can also reduce pneumonia, lower extremity deep vein thrombosis and other complications promote anabolism, does not increase the incidence of anastomotic leakage[18].

Furthermore, the perioperative treatment of evidence-based nursing can significantly shorten the hospitalization time of patients, save hospitalization expenses, accelerate the turnover of beds in the Department, reduce the medical cost, so as to improve the utilization rate of health resources and reduce the economic burden of patients and their families.

Pain, as a subjective feeling of human body to noxious stimulation, contains physiological and emotional factors, which can cause sympathetic excitations such as increased heart rate, elevated blood pressure, gastrointestinal function inhibition, etc. Psychologically, the patients’ recovery is affected by anxiety and uneasiness due to pain discomfort. Our results showed that EBC group (experimental group) could reduce anxiety and depression of patients before and after operation more than that of the conventional nursing group (control group). The VAS score of 6 h, 12 h and 24 h after operation was lower than that of the general nursing group. Patient’s satisfaction was also higher in the evidence-based nursing group, and the use of painkillers in the evidence-based nursing group was also less than that in the conventional nursing group.

To sum up, the clinical application of evidence-based nursing in the perioperative nursing cooperation of radical gastrectomy for gastric cancer can not only reduce postoperative complications, but also shorten the length of hospital stay, which is helpful to promote the rehabilitation of patients, and is worthy of promotion.

This work was supported by The Second Affiliated Hospital of Soochow University, Qing Qing Zhu and Hui Fang Zhang contributed equally to this work.