Breast cancer was one of the most common cancers in women [1]. Due to a variety of physical, psychosocial and mental problems that occurred during the illness and treatment, more than 50 % of the breast cancer patients experienced the clinically significant psychological problems [2,3]. Even for the patients with a good prognosis or patients who have completed the cancer treatment, the potential risk of cancer progression and recurrence were still cause the long-term problems for the patients and survivors, that was the fear of cancer recurrence (FCR) [4,5]. In addition, the physical symptoms, such as fatigue and pain, can affect the patients’ social function and quality of life (QOL) [6,7]. In fact, the FCR and fatigue were the two most common symptoms of the cancer survivors after completing the cancer treatment [4-6,8]. Recently, the mindfulness-based method has been widely used in cancer care [9]. The mindfulness-based intervention (MBI) guides patients to focus on the present and to develop a compassionate attitude towards life through meditation, yoga, group discussions, and daily meditation exercises, which promoted the better control of the emotion, cognition, and behavior of patients [9,10]. The mindfulness-based stress reduction (MBSR) and mindfulness-based cognitive therapy (MBCT) was the most commonly used MBI. Although there was no substantial difference between the two methods, MBCT combines cognitive therapy to provide a clearer psychological education on the relationship between the emotion, cognition, and function. A series of systematic retrospective studies have shown that the MBI can alleviate the psychological perplexity of the cancer patients effectively [11-13]. However, the effectiveness of MBI in the treatment of physical symptoms has been controversial. Although some studies have shown that the MBI has a beneficial effect on the fatigue and pain[14], the results were not consistent [14,15]. In addition, studies on the breast cancer patients have mainly focused on MBSR, and there were only a few randomized controlled trials of MBCT in this area. Of these MBCT trials, only one study focused on the breast cancer patients [16]. In this study, MBCT method was used to guide the condition and life of the postoperative breast cancer patients, and to explore the effect of MBCT on the mental health and QOL of the postoperative breast cancer patients.

The 84 patients were randomly divided into the MBCT intervention group (n=42) and the control group (n=42). The basic clinical data of the two groups were shown in (Table 1). Through the statistical analysis, the two groups were comparable in the age, education level, body weight and medical history (p>0.05). The intervention group received the MBCT training for 8 w (2 h per w) (Table 2). Based on the previous scheme, the modified MBCT training in this study was better for the breast cancer patient [17]. A brief psychological education was performed in the first training to explain and practice the suffering of the cancer patients and the process of MBCT. MBCT includes the formal meditation exercises, psychological education based on the cognitive therapy, and discussions and interactions among participants. Participants were assigned some homework for each class, which takes 20 to 45 min to complete every d. At the same time, we provide participants with a Compact Disc Read-Only Memory (CD-ROM) of meditation guides. The therapists were composed of the clinical psychologists, psychiatrists, and nurses with 5 to 7 y of mindfulness experience, and complete MBCT training. The therapist follows the schedule of the intervention agreement at training to ensure the integrity of the treatment. A research assistant recorded the training process and checked the treatment compliance. For patients assigned to the intervention group, there was no restriction on any joint intervention during the study period.

Table 1: The Basic Clinical Data Of The Two Group

Table 2: Comparison Of The Psychological Disturbance Between Two Groups

The patients in the control group only received the general psychological counseling and routine nursing during the MBCT training in the intervention group. When the intervention group finished the MBCT training course, the two groups were treated with all the projects together during the 8th-12th w. Evaluation of the patient’s psychological disturbance (anxiety and depression). The psychological disturbance of the patients was measured by the HADS. HADS was a 14-item self-management questionnaire; each item includes seven levels of anxiety and depression. The score was from 0 (no impact) to 21 (most serious), the higher score means the more anxious.

Compared with the control group, the fatigue degree of patients in MBCT group was significantly decreased, the difference was statistically significant (p<0.05). The level of QOL in the MBCT group was significantly higher than that in the control group (p<0.05). All these data indicate that MBCT can improve the QOL of patients and reduce the degree of fatigue of patients significantly (Table 4). The results showed that the mindfulness skills in the MBCT group were significantly better than that in the control group, and the difference was still significant after 12 w of treatment, which indicated that our training was effective for the patients (Table 5). At present, the radiotherapy combined with chemotherapy was used for the postoperative breast cancer patients, which has a series of side effects, such as nausea, vomiting, hair loss and pain. At the same time, the patients will experience the fear, anxiety and mood swings during the treatment, which has a great impact on the patient’s recovery and QOL. Conventional nursing methods only guide and help patients with the adverse reactions and medication, but ignore the changes of patients’ psychological state, which may be one of the main reasons for the poor prognosis of patients. Mindfulness emphasizes the individual, paying attention to the present and accepting the present state. This is helpful to dredge the emotions [17] of patients, reduce the attention to the disease, and deal with stress and pain. After mindfulness training, the emotion regulation ability and cognition of the patient will be greatly improved and changed [18,19]. Through the correct understanding of themselves, to help the patients rebuild their cognitive structure and eliminate bad emotions. Our research shows that the MBCT intervention significantly reduces the psychological burdens (including anxiety and depression) in patients with non-metastatic breast cancer. In addition, the MBCT intervention care was effective in improving the lives of the breast cancer patients, improving their mental health and QOL, and reducing the FCR and fatigue.

Table 5: Evaluation Of The Mindfulness Ability Between The 2 Groups

After the MBCT intervention, the total score of HADS decreased from 13.47 to 7.98. The cancer patients with total HADS score ≥13 were considered to need psychotumor support [20]. In this study, MBCT helps to reduce the psychological disturbance of the patients, and has a significant effect on the improvement of anxiety and depression, which is consistent with the previous studies [21]. The results of this study showed that the MBCT can reduce the FCR of patients. FCR was one of the most common problems for the cancer survivors. As we all know, FCR will not disappear even for a long time after cancer remission, so it is of great clinical significance to reduce or alleviate the FCR of patients [4]. So far, a large number of studies have developed some psychological methods to solve the FCR [18-20]. MBCT in this study may have more advantages, because it is not only effective for FCR, but also can reduce other psychological burdens. In addition, we found that the MBCT relieved the fatigue of the patients. Fatigue was one of the two most common symptoms of the cancer survivors, which seriously damaging the QOL of the cancer patients. At present, there was no effective drug to treat the fatigue of the cancer patients, although the physical exercise and sleep management have been confirmed to be effective [11], the effects were not satisfactory [8]. MBCT intervention greatly improved the QOL and mental health of the patients. It is worth noting that the MBCT not only reduces the negative psychology of the cancer patients, but also improves their positive attitude towards the daily life. Mental health helps to relieve the clinically important problems such as pain, fatigue, depression and the death desire [21]. Although the cancer patients are in danger of life, mindfulness cognition gives patients a sense of integrity and internal unity, which may trigger the awakening of the selfinsight into the meaning of life in the cancer patients. In a word, the MBCT therapy established specifically for the breast cancer patients in this study significantly improved the symptoms of the patients, and improved the QOL of the patients after operation. 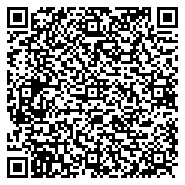