The purpose of this study was to evaluate the expression of PAD4 in nasopharyngeal carcinoma and to explore the relationship between PAD4 and the basic characteristics of 5-8F cells. Immunohistochemistry was used to evaluate the overexpression of the PAD4 protein in the nasopharyngeal carcinoma tissue of 30 patients diagnosed by biopsy in the Third Affiliated Hospital of Guangxi Medical University from January 2018 to June 2019. At the same time, cell function in vitro was evaluated in 5-8F cell line. Cell proliferation, apoptosis and cell cycle were analysed using the MTT assay and flow cytometry. Reverse transcription quantitative polymerase chain reaction was used to evaluate the ability of invasion and angiogenesis. The expression level of PAD4 was related to the size and stage of the primary tumour, lymph node status and pathological grade. Compared to the control group, the activity of PAD4 knockdown cells decreased significantly, the number of the apoptotic cells and the percentage of cells in G0/G1 phase in the PAD4 siRNA group were significantly higher than that in the control group. The invasion and angiogenic ability of 5-8F cells in PAD4 siRNA group were significantly lower than that in the control group. PAD4 was overexpressed in nasopharyngeal carcinoma, which was related to its poor clinicopathological features. At the same time, silencing PAD4 can inhibit the proliferation and activity of 5-8F cell lines, which may provide a potential therapeutic target for patients with nasopharyngeal carcinoma. Table 2: The Relationship Between Pad4 and Pathological Characteristics of Patients Figure 4: PAD4 inhibits the invasion and angiogenesis of 5-8F cells in PAD4 siRNA group
(A) Cell infiltration in each group. (B) The expression of VEGF was detected by RT-qPCR.

Previous studies reported that the PAD4 silencing significantly inhibits the growth and invasion of lung cancer, suggesting that the PAD4 may regulate the viability and invasion of cancer cells[17]. In this study, compared with the control group, the proliferation of 5-8F cells in the PAD4 siRNA group decreased and the apoptosis increased. The ratio of Bax/Bcl-2 was an effective method to identify the apoptotic cells. In the PAD4 siRNA group, the mRNA level of the antiapoptotic Bcl-2 decreased, while the mRNA of the pro-apoptotic Bax increased, indicating an increase in the proportion of apoptotic cells[18]. The results of the cell cycle showed that the cell number stagnated in the G0/G1 phase of the PAD4 siRNA group were higher than that in the control group. A recent study has shown that the MRE11-RAD50-NBS1 complexes activate PAD4, resulting in spindle turnover and DNA damage[19]. Therefore, the PAD4 may be related to the DNA structure and spindle dynamics. In addition, this study showed that compared to the control group, PAD4 siRNA inhibited the invasive ability of the 5-8F cells and the expression of VEGF. Previous studies have reported that the PAD4 was associated with the prognosis of ovarian cancer, and the inhibitory effect of PAD4 can reduce the invasion of ovarian cancer in vitro[20]. The downregulation of PAD4 inhibits the invasion of gastric cancer cells by inhibiting the type I membrane matrix metallopeptidase[21]. Therefore, PAD4 may be related to the invasion and angiogenesis of 5-8F cells. In conclusion, this study showed that the expression of PAD4 was related to the poor clinicopathological features of NPC. In addition, PAD4 may play an important role in the proliferation of NPC and 5-8F cells. 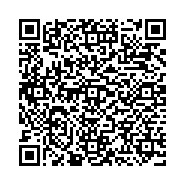