The primary objective of the present work was to investigate the effect of terazosin on the pharmacokinetics of levofloxacin in prostate, when combined therapy of terazosin hydrochloride and levofloxacin were applied to treat bacterial prostatitis in the rat. A total of 100 rats with bacterial prostatitis were randomized into the control group and the research group, with 50 rats in each group. Levofloxacin solution was injected intravenously to the rats of both groups. Terazosin hydrochloride solution was given by gavage to the rats of the research group, while solvent was administrated by gavage to the rats of control group. After drug administration, the rat prostate was harvested and homogenized and the levofloxacin concentration was analysed. The drug-time curves in both groups were accorded with two compartments model. Compared with the control group, the t½β, Cmax and AUC0–12 was significantly higher in the research group. And there was significant difference in the levofloxacin concentration of prostate between both groups (p<0.05). The levofloxacin concentration and distribution were significantly elevated by terazosin hydrochloride, which could improve the prognosis of prostatitis and obtain better therapeutic efficacy.

Prostatitis (figure 1) has complex causes and persistence course, which can happen recurrently and thus affecting the patient’s quality of life to a varied degree. Single use of antibiotics to treat prostatitis requires long treatment course and the therapeutic results were not satisfactory. Therefore, combination therapy regimen is desirable to significantly promote the therapeutic efficacy. In this study, the effect of terazosin was explored on the pharmacokinetics of levofloxacin in the treatment of prostatitis, aiming to provide valuable evidence for clinical treatment. Figure 1: The lesion of prostatitis

The rat bacterial prostatitis model was established. The rats were subjected to fasting 12 h before experiment while free access to drinking water was provided. Abdominal anesthesia was given with sodium pentobarbital solution (3 %), and then the skin was prepared. An incision was made in the midline of the abdomen to the abdominal cavity, the bladder and bilateral seminal vesicles were elevated, and the prostate dorsal leaf attached to the outside of the bladder neck was fully exposed. Escherichia coli broth was injected into both sides of the rat prostate. The iodophor cotton ball was slightly pressed against the needle eye. Last, the abdominal wall muscle and skin were sutured, and the wound was disinfected with iodine. The rats were placed back in the cage. Five days later, bacterial prostatitis model was established, with success rate of 100 %. The rats were randomized into the control group and the research group, with 50 rats in each group. Levofloxacin solution (44 mg/kg) was injected intravenously to the rats of both groups. Terazosin hydrochloride solution was given by gavage to the rats of the research group at a dosage of 0.44 mg/kg, which was performed one more time 12 h later. However, vehicle was administered by gavage to the rats of the control group twice. Five rats were sacrificed at different times after administration of levofloxacin. The prostate tissue was harvested and dried with a filter paper to weigh. The prostate tissue was placed in a test tube and chopped into pieces. Then physiological saline was added to prepare a tissue homogenate[6]. Finally, the drug content in the prostate tissue was measured.

First, the chromatographic behavior was observed. Under chromatographic conditions, the tR of levofloxacin in the prostate tissue homogenate was about 5 min, which had a relatively ideal levofloxacin peak shape, as shown in figure 2. Secondly, the standard curve, linear relationship and minimum quantifiable concentration were determined. Levofloxacin was added to the blank prostate homogenate to give a concentration of 12.2, 6.1, 3.05, 1.525, 0.7625, 0.3812 and 0.1906 μg/ml, in order to obtain a standard curve in prostate matrix. Moreover, intraday and interday precision were measured. According to the method of sample processing, 3 standard concentrations of 12.2, 3.05, and 0.7625 μg/ml were selected and 4 samples were chosen to obtain the intraday and interday difference. Meanwhile, the recovery rate of this method was evaluated, as shown in Table 1. Finally, the freezer stability was observed, repeated freezing and thawing of the prostate tissue homogenate was performed. Then the test was made after management. The result showed that the prostate tissue homogenate has relatively high stability in measuring levofloxacin within 5 d under repeated freeze-thaw management. 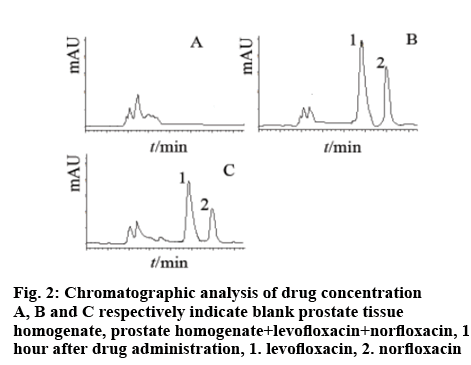 Table 1: The Intraday and Interday Precision and Levofloxacin Recovery

As shown in Table 2, results showed that levofloxacin concentration in the prostate at different time points was significantly elevated in the research group, compared to the control group (p<0.05). As shown in Table 3, there was significant difference in the drug concentration of different time period between both the groups (p<0.05). In recent years, combination therapy of antibiotics and α1-adrenergic receptor blockers were generally applied in the treatment of prostatitis, which can yield favorable results. Of those, combination regimen of terazosin hydrochloride and levofloxacin have been widely used[7,8]. Currently, research had shown that the theory to explain the pathogenesis of prostatitis (figure 3) is urinary reflux. This situation would occur if the α-adrenergic receptor was stimulated, which could further bring prostatitis. Terazosin could effectively reduce the urethral pressure and alleviate urinary reflux. Therefore, the combination of both drug could fully exert therapeutic effect.

Table 2: Comparison of the Levofloxacin concentration in the Prostate at Different Time Points between Both Groups

Table 3: Pharmacokinetics of Levofloxacin in the Prostate of Rat Model of Bacterial Prostatitis The results of this study proved that terazosin can not only increase the concentration of levofloxacin in the prostatitis tissue, but also advance the peak concentration, obtain a longer half-life period, reduce the clearance rate and increase the duration of effective drug concentration. There is an abundance of α-adrenergic receptors in the prostate matrix and capsule, more than 70 % of which are α1A subtypes. Smooth muscle will contract when the receptors are excited, leaving the prostate tissue in a state of tension.

Terazosin, a novel highly selective α1 receptor blocker could relax the smooth muscle in the prostate and effectively dilates the blood vessels, thus increasing blood flow and the antimicrobial drug concentration of the tissue. Therefore, terazosin could increase the levofloxacin level in prostatitis tissues and assist levofloxacin in the treatment of prostatitis. By combination therapy, it can improve the prognosis and thereby the qhality of life of the patients. The results of this study were inline with many studies, which can provide valuable basis for clinical treatment[9-16].

To sum up, prostatitis is a disease of high incidence, with relatively complicated pathogenic factors, which has a certain impact on the patient’s work and life. Ideal effects couldn’t be obtained by single medication, and it is easy to cause disease progression. Therefore, it is of great importance to adopt combination therapy which is more effective. The current application of terazosin combined with levofloxacin is relatively common. In this study, the effects of terazosin on the pharmacokinetics of levofloxacin in the treatment of prostatitis were evaluated in a rat model. HPLC method was used to determine levofloxacin level in the tissue, which has high detection accuracy. Meanwhile, levofloxacin hydrochloride and impurity peaks were well separated under the chromatographic conditions. Results showed that terazosin can not only significantly increase the levofloxacin level in prostatitis, but also enhance its peak concentration, increase halflife, positively increase blood flow, and improve the distribution of levofloxacin in tissues.