Venous ulcers are one of the public problems in the world at present, which has a great impact on human life and spirit. Therefore, this paper explores the therapeutic effect of the compression therapy guided by Unna boots on patients with lower limb venous ulcers. A total of 90 venous ulcers patients who were treated in our hospital from June 2016 to June 2019 were collected, the patients received the compression therapy guided by Unna boots, and the Unna boots were replaced every two w for 3 mo. The ulcer area and cure rate of the patients before and after treatment were evaluated, and the changes of quality in life and mental state of the patients were evaluated by the mean opinion score item short from health survey (SF-36). After one mo of treatment, the cure rate of the patient was 61.11 %, the focus showed epithelialization, and the cure rate reached 91.11 % after 3 mo. The results of the SF-36 survey showed that the average score of patients increased to 57.80 after one mo of treatment and to 75.66 after three mo of treatment. At the same time, the physical function and general health scores of all patients were significantly improved after 3 mo of treatment. Before treatment, the average scores of social communication, role-emotional, and mental health in all patients were lower. After one mo of treatment, the average score of these evaluation indexes gradually increased. After 3 mo of treatment, the average score of these evaluation indexes was 4 times higher than that before treatment, and the difference before and after treatment was significant (p<0.05). The results show that the compression therapy guided by Unna boots is effective in the treatment of lower limb venous ulcers, which can not only improve the quality of life of patients, but also help patients to restore self-confidence and self-esteem, and contribute to the recovery of patients.

The conventional therapy, improves vein circulation in your legs and treat swelling, by applying a firm compression bandage over the affected leg. These bandages are designed to squeeze your legs and encourage blood to flow upwards towards your heart. Compression therapy was the control measure of venous hypertension and the key to the effective treatment of VUL, which is often realized by stretch hose, elastic bandages or unna boots. The compression intensity of compression therapy gradually decreases from the ankle to knee to reverse the side effects of long standing posture and increase the hydrostatic pressure [13]. After compression therapy on VUL patients, about 40 %-95 % of the cases can be completely cured, and the QoL and functional ability of the patients can be improved [14,15]. In recent decades, people pay more attention to QoL. QoL was originally used in other research areas, and later introduced into health, known as health-related quality of life (HRQoL), which can transform the subjective indicators into the quantitative indicators. The evaluation of QoL in patients with VUL was an important indicator of the evolution of wound healing. VUL causes changes in the patient’s limited mobility, unbearable pain, exudate and the stench of decay. These changes have negative effects on patient’s psychology, family relationship and social participation, and seriously affect patients QoL. In this study, the average SF-36 score of the patients before treatment was low, indicating a decrease in QoL. After 1 mo of compression therapy guided by unna boots, QoL was significantly improved. After 3 mo of treatment, almost all the patients had good QoL. In a study of 74 patients, the impact of lower limb VUL on patient’s lives was assessed, suggesting that the patients suffered from pain and drastic changes in QoL [12]. Another study that assessed the effects of ulcers on patient’s daily lives found that the patients with ulcers showed pain, low self-esteem and social isolation. This may be related to that the patients were unable to participate in some daily activities harmoniously, thus reducing their selfesteem, self-image and QoL. However, it is worth noting that the results of this study found that the pain intensity of patients with ulcer healing decreased, the self-esteem and QoL also improved. The results showed that the compression therapy guided by Unna boots is effective in the treatment of lower limb VUL, which can not only improve the QoL of patients, but also help patients to restore self-confidence and self-esteem, and contribute to the recovery of patients.

Table 1: General Information of Patients Participating in the Study Figure 1: Changes of the ulcer area and cure rate of patients before and after treatment Figure 2: SF-36 score before and after treatment Figure 3: Physical function, physical pain, and general health score of the patients before and after treatment. Figure 4: Social communication, role-emotional, and mental health score of the patients before and after treatment.

This work was supported by Affiliated Nanhua Hospital, University of South China. 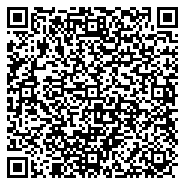