Efficacy of Bailing Capsule (Traditional Chinese Medicine) in the Treatment of Nephrotic Syndrome: A Meta-analysis

Clinical nephrotic syndrome (NS) is manifested as proteinuria, hypoalbuminemia and hyperlipidemia, which, in the long run, will promote glomerular sclerosis during the progress of NS and gradually develop into end-stage renal failure[1]. In traditional Chinese medicine (TCM), NS belongs to the category of edema and essence and vital energy collapse. The disease is characterized by edema and TCM postulates that the pathological mechanism is mainly spleen and kidney dysfunction, deficiency of as well as qi and blood, especially the deficiency of yang qi is Ben and water-dampness, damp and hot as well as stagnation of blood stasis is Biao, represented as both of deficiency and excess; and it is susceptible to exogenous evils during the course of the disease and the condition is likely to be aggravated due to infections caused by exogenous pathogenic factors[2,3]. The pathogenesis of NS is complicated, closely related to lung, spleen and kidney. At present western medicine mainly uses glucocorticoids treatment and cytotoxic drugs, which pose many problems such as recurrence, hormone dependence and toxic side effects despite certain beneficial effects[4,5]. In recent years, adjuvant treatment of NS with Chinese medicines and Chinese medicinal preparations gradually has received much attention in clinic. Bailing capsules (dry powder of Cordyceps sinensis mycelia) have many effects, such as regulating the body's immune function[6]. Protecting liver and kidney functions, stimulating hematopoiesis, improving hypoproteinemia and hyperlipidemia, reducing infection and lowering proteinuria[7]. However, there has been little research into the application of Bailing capsules in patients after renal transplantation[8]. Bailing capsule is a self-developed Cordyceps sinensis preparation in China and it has been reported by many studies to reduce proteinuria and improve renal function in patients with NS[9]. In this paper, meta-analysis of articles that reported the treatment effect of Bailing capsule on adult patients with NS was performed so as to provide basis for clinical decision.

The inclusion criteria were, randomized controlled or controlled clinical trials with a single study of Bailing capsule, study subjects were adult patients with NS, articles published in Chinese or English, relative risk of Bailing capsule treatment and the confidence interval were reported in the article or could be calculated according to the reported data.

The primary index was 24 h urine protein followed by the levels of serum albumin, blood lipid, serum creatinine and blood urea nitrogen. The study quality was evaluated by Jadad score, including randomized trial methods, double-blind trial and the missing of research objects, the total score was 5 points and the point value over 4 suggested high qualities. The indices of effect size were assessed by standardized mean difference (SMD). Heterogeneity test was conducted using Q test and I2 test, p>0.1 and I2≤50 % suggested that there was no significant heterogeneity and then the fixed effect model was adopted. Otherwise, it was considered that there was significant heterogeneity and then the random effect model was used for analysis. Funnel plot was drawn to analyze the publication bias. The statistical analysis was conducted on Revman 5.0 software. In addition, the index without enough study subjects (<3) was only given a descriptive evaluation.

A total of 68 articles were screened and 5 of them were finally included after removal of repeated publications, titles and abstracts as well as full text screening[10-14]. All studies included were randomized controlled or controlled clinical trials carried out in China and published in Chinese. The study sample was obtained from a total of 417 persons, of which 189 were in the experimental group and 228 in the control group, as shown in Table 1. All trials failed to be of high quality.

Table 2: Effect of the Bailing Capsule on the Urine Protein in Patients 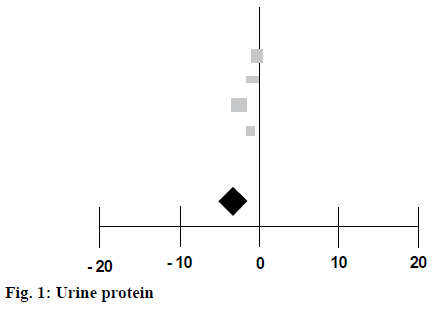 Table 3: Analysis of the Effect of Bailing Capsule on Serum Creatinine

Table 4: Analysis of the Effect of Bailing Capsule on Serum Creatinine

Q heterogeneity test and I2 test showed that except the effect size index of blood urea nitrogen (p=0.86, I2=0 %), there was significant heterogeneity in the combination of other indicators. The funnel plot indicated a possibility of publication bias, as shown in figure 2. 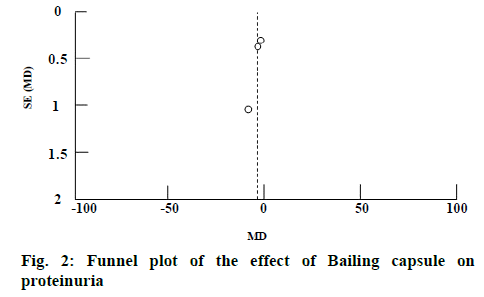 Figure 2: Funnel plot of the effect of Bailing capsule on proteinuria

In summary a total of 5 documents were included in the meta-analysis, which showed that Bailing capsule reduced 24 h protein urine in patients with NS, increased the level of serum albumin, did not cause any improvement in serum creatinine and blood urea nitrogen levels. However, 2 of the selected articles reported that Nailing capsules can reduce total blood cholesterol, triglycerides and LDL. These results suggested that the adjuvant treatment of NS with Bailing capsule can further reduce proteinuria, enhance plasma albumin and decrease blood lipids in patients, all of which, however, need to be confirmed by further clinical trials.

NS results from a variety of causes. If a large amount of urine protein is lost from the body, the content of plasma albumin would be reduced and then it will lead to the decrease of blood volume. The excretion of some fibrinogen or anticoagulant factors increases the viscosity of blood, giving rise to the disorders of anticoagulation, coagulation, and fibrinolysis systems in human body and ending up in hyperlipidemia, ultimately leading to the dysfunction of glomeruli with disordered structure[11]. Studies have shown that[12-13] proteinuria can cause damages to glomerular intrinsic cells such as mesangial cells and podocytes as well as to tubulointerstitium. Persistent proteinuria can lead to the progression of renal injury and the level of proteinuria is closely related to the development of chronic renal failure. Therefore, the reduction of proteinuria is an important target for the treatment of NS[14]. The results of this study revealed that Bailing capsule can effectively reduce proteinuria in patients with NS with a mechanism probably related to inhibition of the formation of glomerular sub epithelial immune complex, lowering the loss of anionic charge in glomerular basement membrane and alleviating glomerular high filtration. Furthermore, it has been reported that[15] Bailing capsule can inhibit the activation of aldose reductase, thus reducing the permeability of glomerular basement membrane and reducing urinary protein.

Patients with NS are also characterized by hyperlipidemia. The deposed lipid can stimulate the proliferation of glomerular mesangial cells, increase extracellular matrix synthesis, promote tubulointerstitial fibrosis and glomerular sclerosis and thus aggravate renal injury[16-17]. Additionally, hyperlipidemia will exacerbate the risk of cardiovascular disease, so it is also an independent risk factor for the progression of NS[18]. The 2 studies included in this paper showed that Bailing capsule can reduce total cholesterol, triglyceride and LDL with the mechanism may associated with reduced lipid peroxide as well as enhanced superoxide dismutase and lecithin cholesterol acyl transferase (LCAT) activity.

It was also revealed in this study that Bailing capsule can improve the level of serum albumin in patients, which may be related to proteinuria reduction and that meanwhile Bailing capsule enables to promote protein synthesis with an adrenocorticoid like effect.

However it is necessary to draw attention to the following limitations of the study, such as there was obvious inter-study heterogeneity among the trials, differing in basic treatment program, drug dose and duration of therapy as well as patient’s pathological type and clinical manifestations; there was publication bias; there was limited number of studies of low quality and the cited documents all were Chinese version; the longterm efficacy of Bailing capsule failed to be observed. To sum up, this analysis shows that Bailing capsule can effectively reduce proteinuria and increase plasma albumin and may reduce blood lipids in patients with NS. But these need to be confirmed by further largescale trials of high quality.