Chronic rhinosinusitis (CRS) was a kind of chronic inflammatory disease of the nose or paranasal sinus mucosa, with clinical symptoms such as nasal obstruction, purulent discharge and olfactory dysfunction, which has not been relieved for a long time (generally 3 mo). It usually occurs in people with low immunity. Many other complications such as respiratory tract infections, intracranial infections and decreased vision were often seen in the severe patients, seriously lowering the quality of life[1]. Endoscopic sinus surgery (ESS), a kind of common surgery of paranasal sinus, has been proved to be effective in the treatment of chronic rhino-sinusitis. It may cause potentially avoidable complications of mucositis, such as bone stenosis and adhesion[2-3]. Therefore, the mucosal inflammation was an important goal of early nursing after ESS. So, the main clinical treatment for CRS at present is ESS and the administration of a glucocorticoid. However, there is a controversy about the combination of the two treatments and the administration methods[3-4]. Therefore, the purpose of this study is to explore the efficacy of ESS combined with dexamethasone in the treatment of CRS. A total of 168 CRS patients diagnosed by magnetic resonance imaging (MRI) and cochlear implant (CI) in the otolaryngology department of the First People’s Hospital of Chuzhou City from January 2018 to January 2019 were selected. Exclusion criteria were, those patients with severe cardiovascular disease or mental illness and a family history of mental illness. Patients with surgical contraindications. Patients younger than 18 y. Patients with systemic inflammatory disease. Finally, 123 cases were included in this study and randomly divided into the experimental group (n=62) and the control group (n=61) by the computergenerated random number. In the control group, there were 37 males and 25 females (21-56 y old, mean age 36.34±7.88 y; the course of the disease was from 1 to 9 y (mean 4.78±2.13 y). In the experimental group, there were 35 males and 26 females (19-58 y old, mean age 35.31±6.40 y and the course of the disease was from 2 to 8 y (mean 4.88±2.42 y). There was no significant difference between the two groups general clinical data. All patients were treated with ESS after oral intubation and general anesthesia. According to the focus location of the patients, the patients were divided into 3 different categories, anterior and posterior ethmoid sinuses, frontal sinuses, and open maxillary sinuses. The focus and nasal polyps were removed and cleaned, and the abnormal nasal cavity structure was corrected at the same time. After ESS, the blood stopping gauze and hemostatic sponge were filled in the nasal cavity and tissues removed were examined for pathological findings. Within 2-3 d after the operation, the hemostatic sponges of all patients were removed and the residual blood and secretion were cleaned. On the d 5, all patients were given a nasal cleaner and saline was once a day for 6 mo. In addition, the patients in the experimental group were given dexamethasone nasal spray on each side of the nasal cavity twice a day for 6 mo. Before leaving the hospital, the patients were instructed and taught the correct nursing way to wash nasal cavity to get an effect of continuing treatment. At the same time, the patients had an outpatient reexamination every 3 mo, up to 1 y. The reexamination mainly included the disease recovery examination and treatment effect evaluation. Subjective evaluation index such as the nasal sinus outcome test-20 (SNOT-20) scale was used in this study[5]. It covered the self-perception evaluation of the psychological state, nasal symptoms, and physical functions of the patients in the treatment. Corresponding scores were obtained according to the patients’ subjective feelings. The lower the score, the better the treatment. Lund-Kennedy scale[6] was used for the objective evaluation of the treatment effects in the two groups, which mainly based on the postoperative recovery of patients’ nasal cavity, including whether there were polyp, edema, scar, adhesion. The lower the scores, the better the recovery of patients. Olfactory fluids were used for the detection of the olfactory sensation[7]. Ten olfactory test fluids with different concentrations were prepared according to the olfactory elements with a certain concentration gradient and the score was from 1 to 10 based on the concentration from high to low. The olfactory evaluation index was the average threshold of the two groups after olfactory tests. The criteria were normal (average threshold > 3 points), mild disorder (average threshold between 2.1 -3 points), moderate disorder (between 1.1-2 points), and severe disorder (average threshold less than 1 point). Olfactory monitoring tests were evaluated before the treatment and during the last follow-up period.

Table 1: Comparison of the Snot-20 Scores Before and After Treatment

Table 2: Comparison Of Lund-Kennedy Scores Before And After Treatment

Table 3: Comparison of the Olfactory Tests Before and After Treatment

Table 4: Comparison of the Cure Rate After Ess

The authors report no conflicts of interest. The authors alone are responsible for the content and writing of the paper. 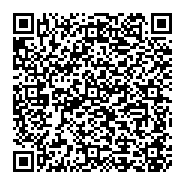