To observe the antiinflammatory effect and nursing effect of atorvastatin on acute cerebral infarction, 180 patients with acute cerebral infarction who were treated in the Chengdu Fifth People’s Hospital were selected as research subjects. They were divided into the control group (90) which received the routine treatment and the research group which was given atorvastatin treatment (90 cases). In addition, the patients in the research group were provided with a comprehensive nursing intervention program, while the control group was given routine nursing mode. The therapeutic effects and nursing effects of the two groups were compared. By comparing the serum lipid-related indices of the two groups, it was found that the patients in the research group had a significant advantage over the control group. Through observing and comparing the levels of markers of immune inflammation, the improvement in the serum tumor necrosis factor level, IL-6 and intercellular adhesion molecule 1 concentrations in the research group was more significant, P<0.05. In addition, the comprehensive life quality evaluation score and FMA exercise ability score of the research group showed significant advantages, P<0.05. For patients with acute cerebral infarction, atorvastatin treatment can produce good antiinflammatory effect and the treatment effect can be significantly improved after adopting scientific nursing measures. Figure 2: Examination chart of a patient with acute cerebral infarction 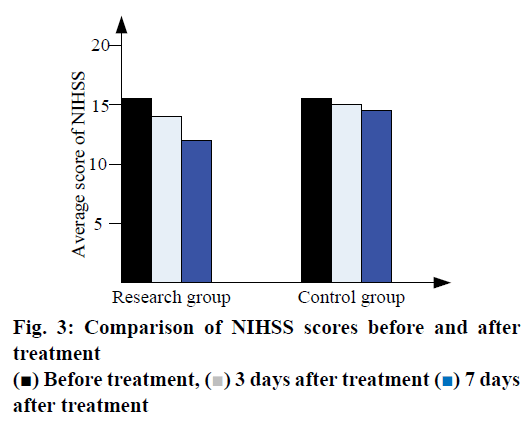 Figure 3: Comparison of NIHSS scores before and after treatment
(■) Before treatment, (

Table 1: Blood Lipid Profile of the Two Groups Before and After Treatment

Table 3: Comparison of Life Quality Score of the Two Groups

Many studies have shown[13,14] that atorvastatin has direct antiinflammatory effects in addition to lipidlowering effect. Atorvastatin can prevent the rupture of atherosclerotic plaques, reduce the number of macrophages in atherosclerotic plaques, inhibit the expression of matrix proteases, prevent the destruction of the plaque fibrocap and prevent monocytes from adhering to the endothelial cell wall. Clinically, large retrospective studies, such as air force/Texas coronary atherosclerosis prevention study, pravastatin inflammation/CRP evaluation (PRINCE)[15] have confirmed the significant antiinflammatory effect of atorvastatin and its ability to reduce hsCRP after longterm treatment. Some studies pointed out[16] that the level of dhsCRP was significantly reduced 7-14 d after atorvastatin treatment. This shows that atorvastatin could effectively reduce hsCRP and has potential application value in antiinflammatory therapy for patients with acute cerebral infarction. Therefore, it is reasonable and necessary to include atorvastatin in the treatment of acute cerebral infarction.

The contents of comprehensive nursing intervention can be described by the following 5 points. First, psychological nursing. The nurses should conduct positive communication with patients to have a certain understanding of their current psychological status and apply targeted and individualized programs to help them channel bad emotions. Second, conduct health promotion education to strengthen belief. Doctors should teach patients the causes, treatment approaches, medication status, treatment effect and precautions to be taken after acute cerebral infarction so as to enable the patients to have correct understanding of the disease, strictly follow medical advice for good treatment compliance and be able to consciously carry out selfmanagement. In addition, education is also carried out for the family members of patients to encourage them to have a positive and optimistic attitude when caring for the patients and to spread positive energy to the patients. Third, peer effects. The department should organize the group study of patients in the department’s teaching and research office every week, so that everyone can gain more useful treatment experience, improve the communication between patients, encourage each other, and jointly fight against the disease. Fourthly, the patient is provided with a quiet, comfortable, clean and neat hospital environment with bedsheets frequently changed, so that the patient is well cared and the patient is provided with a quiet sleeping environment at night. Fifth, develop a healthy diet plan for patients, avoiding spicy food. Sixth, the guidance on medication method. Pay attention to the time, dosage and precautions of each medication and maintain a detailed record of patients’ medication situation, so that patients can timely check and improve medical compliance.

In conclusion, the antiinflammatory effect of atorvastatin may overlap with the dynamic changes of inflammatory markers in acute cerebral infarction. Previous studies using platelet activation markers in patients with stable or unstable cardiovascular disease have shown that statins have antiplatelet effects, which is distinct from the effect of lowering cholesterol. Other studies have shown that atorvastatin can inhibit oxidative stress and platelet activation by directly inhibiting platelet NOX2/platelet prostaglandin and thrombin A2, which provides a theoretical basis for statin drug inhibition or regulation of thrombosis. Many studies have shown that atorvastatin has direct antiinflammatory effects in addition to the serum cholesterol lowering effect. In addition, with scientific nursing intervention measures, the effect of adjuvant treatment can be brought into full play. Therefore, using atorvastatin to treat patients with acute cerebral infarction can produce good antiinflammatory effects, and the adoption of comprehensive nursing measures can enable patients to achieve a higher quality of life. Therefore, this treatment is worth of being promoted in clinics.