This study aims to explore the treatment effect of different ovulation induction programs on patients with ovulatory infertility, for which 82 infertility patients who visiting our hospital from January 2013 to December 2018 were elected for sampling. All patients were divided into an experimental group and a control group according to the random number table method, with 41 cases in each group. The experimental group was treated with letrozole and clomiphene therapy; the control group was only treated with letrozole. The clinical comprehensive efficacy, ovulation rate and pregnancy rate of the two groups were compared in the study. The result shows that after the treatment, the ovulation rate and pregnancy rate of the two groups were significantly higher than those before treatment, and the experimental group was significantly better than the control group (p<0.05). It is found that, for patients with ovulatory infertility who were treated with both letrozole and clomiphene therapy, their endometrial thickness on Human chorionic gonadotropin injection days is more suitable for implantation of germ cell, and their pregnancy rate, serum hormone levels, follicular development, ovulation and endometrial growth were superior to than those who only treated with letrozole. Moreover, this method can also take advantage of the respective advantages of Chinese and Western medicine, make the best of each other’s strengths, treat both the symptoms and the root causes, and improve the clinical pregnancy rate. In the future research, it is necessary to combine the physiology, pathology and other multidisciplinary discussions to propose a more effective treatment plan.

Infertility has become a public health issue of common concern worldwide. The incidence rate is increasing year by year. According to the World Health Organization (WHO), infertility will become the third largest category of diseases in the 21st century after tumors and cardiovascular diseases[1-3]. Its influence has spread contagiously, which not only has a serious impact on family happiness and personal quality of life, but also has an unmeasurable negative effect on the level of medical services, reproductive health and social, economic and cultural levels in the country and the region. At present, there is no uniform standard for the course of infertility, and different countries or organizations define it differently. WHO defines infertility as: no conception after at least 1 y of marriage with normal sex life and no contraceptive measures were taken. According to statistics, the annual prevalence of infertility in developed countries such as Europe and the United States is 3.5 % to 16.7 %, and in developing countries is 6.9 % to 9.3 %. The proportion of infertility in China is initially reported as 11 %[4-6].

Ovulation disorders are one of the main causes of infertility, accounting for about 25 % to 30 %. Due to mental stress, overwork, hypothalamic, pituitary, ovarian or thyroid, adrenal gland diseases, etc., the Hypothalamic-pituitary-ovarian axis (HPOA) and its associated endocrine glands are dysfunctional, resulting in follicular development, maturation or discharge disorders, which mainly manifested as follicular dysplasia, or stagnation of a certain stage, atresia in follicular development, no dominant follicle, or mature follicles do not rupture, or insufficient luteal function after follicles are discharged.

At present, clomiphene, Letrozole (LE) and other ovulation-promoting medicines are mainly used in modern medicine treatment for treating ovulation disorders infertility, stimulating HPOA, and promoting follicular growth and development. Western medicine often uses ovulation induction medicine to treat this disease. LE is another ovulation-promoting medicine that has attracted more and more attention. LE is the third-generation aromatase inhibitor. A large number of clinical studies have found that it has the effect of promoting follicular growth, and is gradually used in ovulation treatment for infertility patients with ovulation disorders. For the first time, Mitwally successfully applied it to cases where clomiphene citrate failed to induce ovulation, and the effect of ovulation induction was widely recognized[7-9]. In this study, the different ovulation induction medicines are studied and different ovulation induction programs are explored, which is important to reach clinical pregnancy in patients with ovulatory infertility. It also objectively judges the clinical efficacy of the medicine and finds practical evidence for clinical medicine use. 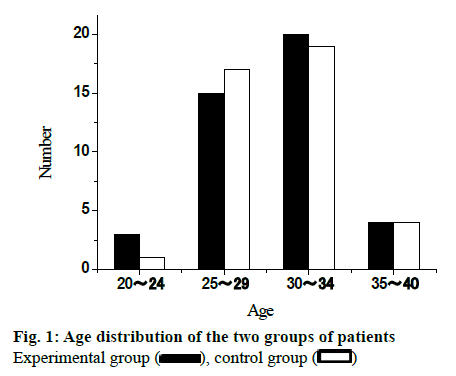 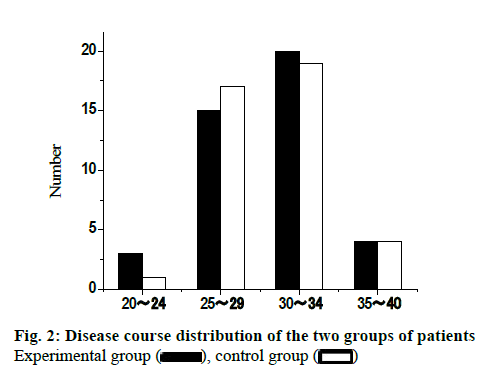 In the control group, only LE was given. The medicine usage was oral from the 5th d of the menstrual cycle or the 5th d of withdrawal bleeding, 2.5 mg each time, 2 times a day, 1 capsule each time, for 5 d.

In the meantime, two groups of patients take the medicine using vaginal B-mode (brightness mode) ultrasound to monitor the maximum follicle diameter. If there is a dominant follicle, the patient is instructed to have sex life round ovulatory period. The next course of treatment begins at the next menstruation. Each menstruation is a course of treatment, observing 6 courses of treatment, if the patient is pregnant, then stop taking the medicine. If the patient has delayed menstruation for more than 7 d, excluding the pregnancy, use progesterone capsules orally, 0.2 g each time, once a night for 7 d, and start taking the medicine on the 5th d of withdrawal bleeding, the usage is the same as above.

Using LE combined with clomiphene not only have direct effect on the ovary, but also exert its effect on the ovary through the HPOA to improve the microcirculation of the body, increase the blood flow in the ovary, and stimulate the mature follicle ovulation. Clomiphene can compete with estrogen for receptors to block the negative feedback regulation of endogenous estrogen, increase the release of gonadotropin-releasing hormone from the hypothalamus, stimulate the secretion of follicle stimulating hormone, and facilitate the development and discharge of follicles. The study found that the total effective rate of the experimental group was 87.8 %, significantly higher than the control group of 73.2 %, the difference was statistically significant (p<0.05), as shown in Table 1.

Table 1: Comparison of Clinical Outcomes between the Two Groups (N=41)

Because LE does not consume estrogen receptors, it does not antagonize the action of estrogen, does not affect cervical mucus traits, so the cervical mucus is in good condition and is conducive to sperm through the cervix enter into the uterine cavity, and LE does not affect endometrial development, the endometrium can also be fully grown, with good tolerance, reducing immune rejection, creating good conditions for embryo implantation, which is more conducive to embryo implantation and development.

This study compared the ovulation induction effects of two different regimens. The study found that the number of mature follicles was (1.20±0.45) in experimental group, and that of the control group was (1.08±0.35) (t=2.04, p>0.05). The difference was not statistically significant. The thickness of the endometrium on HCG injection days was (0.92±0.23) cm in the experimental group and (0.80±0.21) cm in the control group. The difference between the two groups was statistically significant (t=1.01, p<0.05), indicating that in the experimental group, patient’s endometrium is more suitable for implantation of germ cell. According to the data analysis of this study, the application of LE combined with clomiphene should be used in the treatment of ovulatory infertility, which makes the endometrial development better. This may be related to the fact that both medicines do not inhibit the endometrium and promote the growth of the endometrium. The ovulation status of the two groups of patients is shown in Table 2.

Table 2: Comparison of Ovulation between the Two Groups (N=41) 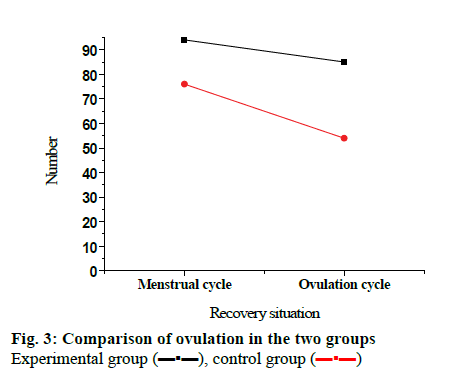 Figure 3: Comparison of ovulation in the two groups Experimental group 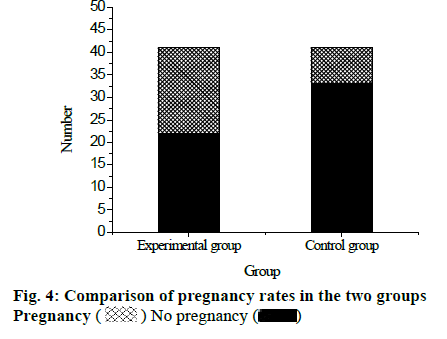 Figure 4: Comparison of pregnancy rates in the two groups Pregnancy

Clomiphene is the most widely used ovulationpromoting medicine in clinical practice. It can promote the secretion of gonadotropin, effectively increase the number of mature follicles, and promote the discharge of follicles, which improves the pregnancy rate to some extent. Clomiphene can’t directly promote the growth of follicles, but by stimulating the estrogen receptor, regulating the hypothalamic-pituitary-ovarian reproductive axis to play a role in promoting ovulation, and is suitable for those with certain estrogen levels in the body. Therefore, although clomiphene ovulation promotes ovulation and the ovulation rate is high, the pregnancy rate can’t achieve the desired effect. LE bring down the concentration of estrogen by inhibiting aromatase in the body, thereby relieving the negative feedback inhibition of estrogen on the hypothalamus and pituitary, it also secretes Follicle-stimulating hormone (FSH), promoting follicular development and ovulation; in addition, it can block the conversion of androgen to estrogen and causes the androgen to accumulate in the ovary, increasing the sensitivity of the follicle to FSH, and makes the follicle to grow to achieve the purpose of promoting ovulation.

In this study, the effects of LE combined with clomiphene and usage of LE alone on patients with ovulatory infertility are compared, and it is found that the combination of medicines is more effective in promoting ovulation, which can effectively improve the pregnancy rate of patients with ovulatory infertility. However, there are few samples in this study, and the experimental design is relatively simple, lacking multidisciplinary coordination such as physiology, pathology and genetics. It is expected that in the future research, the rigor of thinking, design multidisciplinary participation, and develop long-term follow-up plans and more representative clinical research can be improved.