Trigeminal neuralgia (TN) or maxillofacial intractable pain is a common clinical problem. TN is a form of neuropathic pain with a major pathological change in the loss of trigeminal root axons and demyelination. Clinically, it often characterized by sudden electric shock-like burst pain and tactile hyperalgesia and because of repeated pain, the pain is severe and difficult to cure, which seriously affects the quality of life of patients[1]. Calcium homeostasis modulator 1 (CHM l) is a cell surface calcium channel expressed in brain neurons. CHM 1 controls intracellular calcium signaling, which reduces the resistance of ion influx in sensory neurons and enhances the ion influx of neurons[2]. Thus, the excitability of neuronal cells is dramatically enhanced[3]. Whether CHM 1 is involved in the occurrence of TN has not been reported in the literature. The aim of this study was to investigate the role of CHM 1 in TN in the trigeminal spinal nucleus of rats with infraorbital nerve-chronic constrictive nerve injury (ION-CCI).

ION-CCI was used to establish a trigeminal pain model as described previously[4]. In brief, the infraorbital nerve was loosely ligated with absorbable chromium gut. The ligation standard was that the diameter of the nerve was slightly thinned after ligation under the operating microscope, but the conduction could not be completely blocked and the blood circulation of the epicardium remained unobstructed. Thirty SD rats were randomly divided into the control group, sham group, ION-CCI group, normal saline (NS) group (ION-CCI+NS) and ruthenium red (RR) group (ION-CCI+RR) with 6 rats in each group. The rats in the control group were not treated, and the surgical procedure of rats in the sham group was the same as the ION-CCI group except that the infraorbital nerve was not ligated. On d 9 after surgery, rats in the RR group were intraperitoneally injected with RR, a CHM 1 inhibitor, at a dose of 0.5 mg/kg per day, while the rats in the NS group was injected with an equal volume of NS. Determination of mechanical pain threshold was determined as follows, all rats were acclimated to the environment for 2 w before pain behavioral measurements were performed 1 d before surgery (ION-CCI or sham surgery) and 1, 3, 5, 7, 9, 11, 14 d after treatment. According to Vos et al.[5], the Von Frey filament is placed near the center of the whisker pad so that the filament is slightly curved. Each rat was stimulated at least 3 times from the minimum stimulation intensity, and the shortest interval between 2 stimulations was 30 s and the response was considered positive if one or more of the following behaviors were noticed. Rapid withdrawal response in rats or escape or attack response or the asymmetrical facial trimming behavior is characterized by more than 3 consecutive strokes of the stimulated facial area. The minimum value of the filament strength that causes a positive reaction in the rat is the mechanical pain threshold of the surgical side whisker pad. Measurements were not performed in the order of grouping, and the order of placement of rats was disrupted and random measurements were made by those who did not understand the experimental group of rats to reduce experimental errors.

Video recording of the number of scratches was made according to Spradley et al.[6], rats were placed in a colorless transparent glass lattice that did not interfere with rats’ random movement. Rats were allowed to adapt to the environment of the lattice in advance and they were allowed to move freely for 1 h before video recording was initiated. The video observation lasted for 30 min. The observers were not informed of the grouping before the experiment and the number of scratches of each group of rats at the corresponding time points (1 d before surgery and 1, 3, 5, 7, 9, 11 and 14 d after surgery) was recorded. Quiet environment was maintained during the recording so as not to scare the rats into affecting the experimental results.

On the d 15 after surgery, the trigeminal nucleus of the rat was removed aseptically under the direction of a brain stereotaxic instrument. The lysate containing a protease inhibitor was added, the tissue was homogenized and placed in 4°. After centrifugation at 12 000 rpm for 15 min, the protein content of the supernatant was determined using bicinchoninic acid quantification. The protein was then denatured with the loading buffer and dried at 100° for 5 min. After sodium dodecyl sulfate-polyacrylamide gel electrophoresis and electro transformation, the protein was transferred to a polyvinylidene fluoride membrane and blocked for 2 h with 5 % skim milk. Rabbit anti-CALHM l primary antibody (1:1000) diluted with 5 % TBST was added and left overnight at 4°. After washing the membrane, the mouse secondary antibody (1:5000) was separately added, and the membrane was then incubated at 37° for 1 h, and then subjected to enhanced chemiluminescence coloration and exposure. Semi-quantitative analysis was performed using β-actin as an internal control. Image J was used for gray scale analysis.

All data were expressed as mean±standard deviation. Two-way analysis of variance (ANOVA) was used to compare the mechanical pain threshold and video behavioral results of each group of rats, and comparison between groups was performed at the same time point. The difference of gray value of each group was analyzed by one-way ANOVA. The difference was statistically significant (p<0.05). The data were analyzed by GraphPad Prism 6 software. 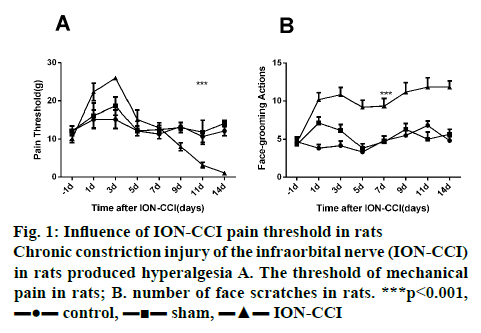 Figure 1: Influence of ION-CCI pain threshold in rats
Chronic constriction injury of the infraorbital nerve (ION-CCI) in rats produced hyperalgesia A. The threshold of mechanical pain in rats; B. number of face scratches in rats. ***p<0.001,

To test whether CHM 1 was related to the occurrence of facial pain, the expression of CHM 1 in the lateral trigeminal nucleus of the rats in each group was estimated. As shown in figure 2, compared with the sham group, CHM 1 began to increase significantly on d 3 in ION-CCI rats undergoing infraorbital nerve ligation, and reached a peak on d 15, which suggested that CHM 1 might play an important role in TN.

Additionally, RR was intraperitoneally injected to rats subjected to ION-CCI surgery from d 9. As shown in figure 3, after injection of RR, the threshold of mechanical pain in the RR group increased, while the number of scratches decreased, which indicated that RR could reduce the hyperalgesia of TN rats. However, on d 15, there was no significant difference in the expression of CHM 1 among the RR group, the ION-CCI group and the NS group, as shown in figure 4. These results demonstrated that injection of RR can improve hyperalgesia in TN rats without affecting the CHM 1 expression. 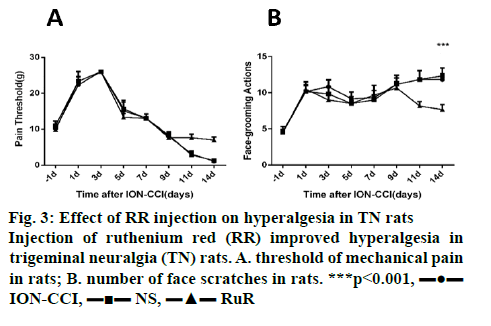 Figure 4: Effect of RR on CHM 1 expression
RR is ruthenium red and CHM 1 is the calcium homeostasis modulator 1

There are many hypothesis on the pathogenesis of TN, among which the following are more accepted by many researchers who studied TN[7]: Peripheral causes are important pathological basis of TN, while the central factors are also indispensable. At present, the most widely used model in the study of TN is ION-CCI. The pain behavioral results in this study showed that rats with ION-CCI surgery exhibited painful dullness from the d 1 to d 3 after surgery. By d 5, it slowly dropped to the normal level. This result was consistent with the findings of Kajander and Bennet[8], considering that the conduction of trigeminal nerve impulse in rats was affected after ligation. In this study, TN rats continued to show pain sensitivity on d 9, and the mechanical pain threshold reached the lowest level on d 14 after surgery. This result was consistent with the findings reported by Vos et al.[5].

In recent years, AD-related studies have shown that CHM 1 can affect neuronal signaling by affecting the expression of MEK, ERK, RSK and MSK, or lead to enhanced excitability of neurons, which plays an important role in synchronized discharge[3,9]. For example, Liu et al.[10] found that the expression level of CHM 1 was significantly higher in the spinal dorsal horn of rats with painful diabetic neuropathy and negatively correlated with the 50 % reduction threshold. In this study, the expression of CHM 1 in the trigeminal nucleus of the ION-CCI group was significantly increased on d 14, suggesting that CHM 1 may be involved in the development of pain behavior in TN rats.

Currently, no specific compound can regulate the expression level of CHM 1[11,12]. However, as CHM 1 acted as an ion channel to mediate ion influx, non-specific inorganic dyes such as RR and Zn2+ could block the action of CHM 1 by completely blocking the permeability of CHM 1[9]. In fact, in the model of cerebral hypoxic injury caused by clamping the middle cerebral artery, knocking out the CHM 1 gene or intraperitoneal injection of RR both can significantly reduce the infarct size[13], suggesting that normal function of CHM 1 channel is a prerequisite for CHM 1 function. Thus, in this investigation RR was administered to investigate the role of CHM 1 in TN. The results indicated that after injection of RR, the threshold of mechanical pain was increased, while the number of scratches was decreased, which indicated that RR could alleviate hyperalgesia in TN rats. However, injection of RR had no effect on the expression of CHM 1. In conclusion, these results demonstrated that CHM 1 played an important role in altering the pain behavior in TN rats. Besides, injection of RR can improve hyperalgesia in TN rats without affecting the CHM 1 expression, which is expected to be a potential target for the treatment of TN.

This work was supported by the Human Provincial Natural Science Foundation of China (Grant No. 2019JJ40462)