Severe patients often have two or more organ dysfunction or failure, instability of vital signs, which may endanger the lives of patients at any time[1]. Since the condition of these patients is often more serious and changes quickly, the current medical staff for critically ill patients in the intensive care unit (ICU) usually use supine position, or even sometimes give restraint band brake, sedative analgesics to reduce tissue oxygen consumption in critically ill patients. However, long-term restriction of physical activities and inadequate passive activities can cause serious harm to various physiological functions especially in critically ill patients[2], such as hypoplastic pneumonia, skin compression or pressure sores at the bone processes. It can also lead to secondary atrophy of skeletal muscle, progressive decrease of limb muscle strength and muscle capacity, resulting in limb dysfunction. It can also cause serious adverse events, such as postural hypotension, arrhythmia, and cardiac dysfunction, which seriously affect the prognosis of patients[3]. Rehabilitation originally means recovery and regaining ability. In modern medicine, rehabilitation mainly refers to the recovery of physical and mental function, professional ability and social life ability[4]. It aims at reducing or eliminating all kinds of functional disorders caused by diseases, as well as the follow-up effects of functional disorders on the body. According to the actual degree of functional disorders and the needs of patients themselves and the potential of the body, targeted treatment programs are adopted to improve the degree of various functional disorders of patients to the greatest extent, improve the quality of life of patients and improve the daily life and social life of patients. All kinds of skills in action are beneficial for patients to return to their families, jobs and society with few or no obstacles in the early stage[5,6].

Participants in the study were adults, aged 18 y and above, who meet APACHE II score ≥15. 24 h after onset, patients with stable vital signs under the support of drug treatment, instruments and other organs. Patients with first-episode stroke, who were conscious, have no sensory aphasia, cognitive impairment and deafness were included. According to the New York Heart Association, (NYHA), patients’ cardiac function is below class IV, as shown in Table 1. Informed consent was signed by either the patient or their family members and this study was approved by the medical ethics committee of Tangdu Hospital, Air Force Military Medical University. 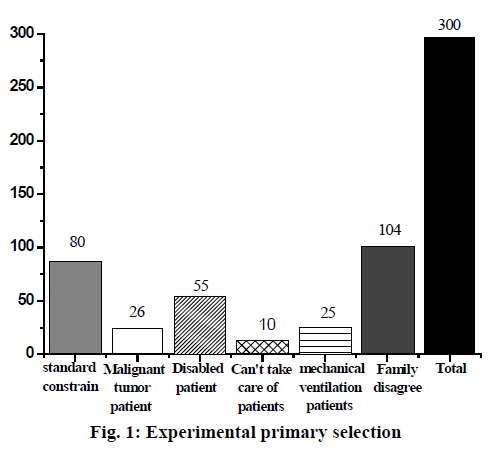 According to the above two criteria, 80 critical patients who meet the requirements in comprehensive ICU from July 2014 to July 2018 were included in this study. A convenient sampling method was adopted. According to the formula of sample size, the required sample size was calculated by comparing the sample rate with the total rate. α=0.05, β=0.1. The formula used was, In the course of treatment, if any of the following conditions occurred, the training frequency, intensity, duration of training or suspension of the current rehabilitation program was implemented, and resting position was restored. If heart rate increased more than 30 %, when the patient was lying quietly, the heart rate was lower than 40 beats/min or more than 110 beats/ min; if the blood pressure increased more than 20 % in a quiet supine position, the average arterial pressure was less than 65 mmHg or more than 110 mmHg; if the respiratory rate slowed down to less than 5 times/min or accelerated more than 40 times/min; SpO2 was less than 88 % under oxygen inhalation; if the patient appeared dizzy, sweating, pale, extremely fatigued, angina, malignant arrhythmia or other discomfort symptoms or when the patient signaled to terminate the treatment.

In this study, SPSS15.0 statistical software was used to analyze the results. All measurements were expressed as mean±standard deviation (SD). Comparison is tested by T-test. Rates were compared by using the test and Fisher’s exact probability method. In addition, Pearson correlation analysis is carried out for the related variables. Statistical analysis and evaluation are performed with α=0.05.

The incidence of adverse cardiovascular events such as time of treatment, tube prolapse, bed fall and deep venous thrombosis of lower extremities in the 2 groups were compared as shown in fig. 3. There was no significant difference in the incidence of adverse events such as arrhythmia, pressure sores and deep venous thrombosis between the rehabilitation group and conventional treatment group. 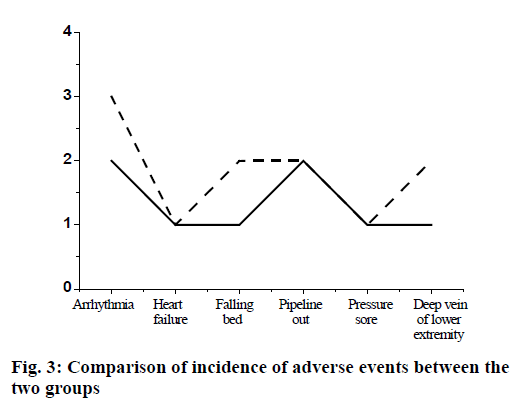 Figure 3: Comparison of incidence of adverse events between the two groups

Table 4: Comparison of APACHE II Scores before and After Treatment and Between the Two Groups