Obstructive sleep apnea hypopnea syndrome (OSAHS) is a common and frequently occurring disease in otorhinolaryngology filed, mainly prevalent in men and its incidence rate increases with age [1]. In addition, OSAHS patients have significantly increased the probability of cardiovascular and cerebrovascular diseases, which seriously affect the health and quality of life of patients, has attracted extensive attention [2,3].

At present, there are many causes of OSAHS, which may be related to age, gender, obesity, chronic inflammation, hypoxia and heredity [4]. Polysomnography (PSG) monitoring, as the gold standard for diagnosis of OSAHS in clinic, can monitor many indexes, including sleep state and hypoxia degree of patients during sleep, the times of apnea and/or hypoventilation, sleep structure composition, degree and frequency of hypoxia during sleep at night, and distinguish the severity of OSAHS patients [5]. However, PSG monitoring also has some defects, such as high technical requirements, high cost and so on. Therefore, to study a simple, cheap and easy to promote and apply diagnostic method, such as: to find the biological markers related to OSAHS, will play a positive and beneficial role in the general survey and treatment of OSAHS patients.

Vascular cell adhesion molecule-1 (VCAM-1) is a kind of cell adhesion molecule, which can mediate the migration and extravasation of inflammatory cells from the junction of endothelial cells and play an important role in the process of chronic inflammatory diseases [6,7]. In recent y, studies have shown that the expression of VCAM-1 is significantly increased in patients with OSAHS, which may be involved in the development of OSAHS [8]. Additionally, MicroRNA-21 (miR-21) is an endogenous small nucleotide fragment, which plays an extremely important role in many biological processes such as cell proliferation, differentiation and apoptosis [9]. Numerous of studies have shown that the expression level of miR-21 increases in a variety of hypoxic conditions or hypoxic diseases [10]. In addition, recent studies suggest that miR-21 expression in OSAHS is significantly upregulated [11].

Given that VCAM-1 and miR-21 involved in a variety of anoxic and inflammatory diseases, whether they also play a role in the occurrence and development of OSAHS needed to be verified. In this study, VCAM- 1 and miR-21 were detected in peripheral serum of OSAHS patients with different severity, and the relationship between the two bio marks and severity of disease was observed, in order to explore novel serum molecular markers for severity evaluation of OSAHS patients.

Total of 50 OSAHS patients who were diagnosed in Suzhou Ninth People’s Hospital from December 2018 to December 2019 were collected as study objects, including 24 patients with mild and 26 patients with moderate-severe. Meanwhile, 27 healthy cases with no OSAHS were collected as the control group. The study was approved by the ethics committee of Suzhou Ninth People’s Hospital. All patients agreed and signed the informed consent of clinical peripheral blood collection.

Inclusion criteria: The patient’s age is between 18 and 55 y old; the subjects with sleep snoring, suffocation and other clinical symptoms, who were diagnosed as OSAHS by PSG monitoring; the severity grading standard of OSAHS patients was determined according to the OSAHS diagnosis and treatment guidelines formulated by the sleep and respiratory disorders group of the Chinese Medical Association; the control group included in the experiment were excluded from OSAH by PSG monitoring ; all subjects had no previous use history of special drugs, no history of acute or chronic upper respiratory tract infection or systemic fever within one w before PSG monitoring, and no smoking or alcohol for one w or more. Exclusion criteria: All subjects excluded sleep apnea caused by congenital stenosis of upper airway or acquired tumor formation. Subjects were excluded from the basic diseases that may interfere with the study of serum markers, such as hypertension, chronic lung disease, heart and brain infarction, diabetes, hyperthyroidism, grade 4 cardiac function or liver and kidney dysfunction, etc.; Those who suffered huge body or mental trauma in the near future; Those who drank coffee, strong tea and other drinks and took sedative and sleeping drugs within 12 h before PSG monitoring drug users.

Serum samples from all participants were collected and divided into different groups, and total serum VCAM- 1 levels were determined by ELISA kits (Bioscience, CA, USA). Detailed steps as previously described [12]. Finally, the Optical Density (OD) value of each reaction pore was measured by the enzyme scale instrument with the wavelength of 450nm, and the statistical analysis was carried out.

Total RNA of serum samples subjects were extracted using Trizol according to the manufacturer’s instructions. Reverse transcription of RNA was performed via a PrimeScript RT Kit (Bio-RAd,Shanghai), and qRT-PCR was using SYBR Premix kit (Bio-RAd,Shanghai). The results were normalized to the levels of U6 and then analysed using the 2−ΔΔCT method. The primers used in the study were shown as below: miR-21, Forward Primer: 3’-TAACCGGGCCGACGTG-5’; Reverse Primer: 3’-TGGCAAAGCGCGAGT-5’; U6, Forward Primer: 3’-GTTGGCCGCCATAGG-5’; Reverse Primer: 3’-CTGGCACCTTCACCGG-5’.

All data were presented as means±standard deviation (SD) using SPSS 22.0. Values were examined via the Student’s t test for two groups, and one-way analysis of variance (ANOVA) with Tukey’s post hoc test for three or more groups. p value <0.05 was considered as statistically significant.

Table 1: Comparison Of General Information Among The Three Groups Table 2: Correlation Analysis of Vcam‐1 and Other Variables

Table 3: Correlation Analysis Of Mir-21 And Other Variables

The results showed that after treatment, the serum VCAM-1 and miR-21 expression and AHI were decreased significantly than those before treatment no matter in the Mild group or the Moderate-severe group, as shown in (fig. 2).

Figure 2: The serum expression of AHI, VCAM-1 and miR-21in different groups after treatment

Among the risk factors of many diseases, obesity plays an important role, the mechanism of the interaction between obesity and OSAHS has not been fully clarified [13]. Narrowing of the upper airway, at multiple levels, is responsible for the consequences of OSAHS. Increased muscle tone in obese patients prevents the upper airways from collapsing during wake and the reverse occurs during sleep. Many studies showed that the accumulation of fat in neck and chest and abdomen of obese patients can increase airway resistance, which is the main cause of airway obstruction [14]. In our study, we also found that BMI and AHI were significantly higher, while L-SPO2 was lower in OSAHS patients than that of control cases.

VCAM-1, as an important cell adhesion molecule, is widely expressed on the surface of activated endothelial cells, smooth muscle cells, macrophages and so on [15]. The most important role of VCAM-1 in vascular endothelial cells is that it can induce adhesion of leukocytes and inflammatory factors to promote vascular endothelial inflammation [16,17]. In the process of OSAHS, hypoxia/reoxygenation can promote the overexpression of inflammatory related susceptible genes, which can increase the synthesis of inflammatory factors, and then lead to chronic inflammatory response and multi system and multi organ damage [18,19]. It has also been reported that VCAM-1 is significantly increased in OSAHS patients [20]. In our study, we demonstrated that VCAM-1 had a positive correlation with weight, BMI, AHI and miR-21 and a negative correlation with L-SPO2.

The understanding and study of miR-21 are mainly focused on some malignant tumors, such as gastric cancer, colorectal cancer, breast cancer, lung cancer, etc [21]. Currently, it has been found that miR-21 can also mediate inflammation and oxidation of the body [22]. By upregulating the expression of miRNA-21, it can inhibit inflammation and apoptosis of renal tubular epithelial cells, and improve the acute renal injury induced by ischemia/reperfusion [12]. In this study, qRT-PCR was used to detect the content of miR-21 in sera of OSAHS patients with different degrees of disease and healthy subjects. Meanwhile, the correlation between miR-21 and AHI, L-SPO2, which reflect the severity of disease, was analyzed. It was found that miR-21 was positively correlated with AHI and negatively correlated with L-SPO2.

In conclusion, we found that the expression levels of VCAM-1 and miRNA-21 in the peripheral serum of the subjects increased with the aggravation of OSAHS, and were significantly correlated with the important indicators of polysomnography (AHI, L-SPO2). In addition, there is a significant positive correlation between VCAM-1 and miRNA-21, indicating that both of them participate in the disease process of OSAHS, and can reflect the severity of the disease, which is expected to become a suitable biomarker of OSAHS in the future.

Binghua Xia conceived and designed the experiments; Dandan Wu analyzed the data and wrote the paper.

This work was supported by Suzhou Ninth People’s Hospital. 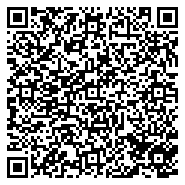