The Antirotation Function of L5-S1 Locking Axial Fixation with Inner Poke: An in vitro Biomechanical Study

Lower back pain is mainly caused by lumbosacral degenerative diseases and has threatened people’s health for a long time[1]. The gold standard for treating lumbosacral degenerative diseases is lumbosacral interbody fusion[2]. The surgical methods for fusion are diverse, however, most operations are open and have many shortages such as surgical trauma, destruction of spinal posterior structure, complication and so on. Percutaneous axial lumbosacral interbody fusion (AxiaLIF) was raised by Cragg et al. in 2004[3]. An axial screw was used to fix L5-S1 vertebra percutaneously through the pre-sacral space in the AxiaLIF, which can not only reduced the surgical trauma but also preserved the integrity of spinal structure. Meanwhile, the axial screw improves the stiffness of spine and provides a more stable biomechanical environment for lumbosacral portion[4]. With progress of the biomechanical research on AxiaLIF, the shortcomings of this operation are gradually exposed. It has reported that although AxiaLIF enhanced the stiffness of the spine and the stability in the direction of flexion, extension and lateral bending is superior to the traditional pedicle screw fixation, the antirotation stability is inferior to the traditional fixation[5]. Another study suggested that AxiaLIF combined with posterior pedicle screw fixation could enhance the stability of the fixed segment further and increase the fusion rate[6]. Therefore, AxiaLIF is often used in combination with posterior pedicle screws to ensure adequate stability in clinical[7,8]. However, this combined operation is cumbersome, and employ more internal fixations, which enlarges the surgical trauma and increases the hospitalization cost, so the application of AxiaLIF is heavily restricted in clinical practice at present. In order to improve the antirotation performance of AxiaLIF to expand the scope of clinical application, two inner poke structures based on the traditional axial screw were designed to facilitate locking after axial fixation. The biomechanical test was carried out for evaluating the antirotation stability of L5-S1 locking axial fixation with inner poke, and guiding its further improvement and clinical application.

The study was approved by Ethics Committee of University of South China. All 6 specimens are provided by anatomy laboratory of the University of South China (3 male, 3 female), and the age ranged from 23-65 y. Before the test, all specimens were quantified using X-ray and bone mineral density analysis to exclude congenital malformations, tumours, fractures, severe osteoporosis and other diseases. The lumbosacral motion segments (L3-S5) were cut out, and each specimen was stored at –20°.

It would take about 12 h to unfreeze the specimen before experiment. Soft tissues such as paravertebral muscles were removed, and all ligaments, intervertebral discs, facet joint capsules and bony structures were preserved, and the anterior longitudinal ligament, posterior longitudinal ligament, supraspinous ligament, and interspinous ligament were intact[9]. Both ends of the specimen (L4 and S1 level) should be trimmed, and then the specimen was embedded at both ends by denture base polymer powder to facilitate biomechanical testing. The physiological curvature of the spine was maintained during the embedding process. The force surfaces need to keep basically parallel (fig. 1). 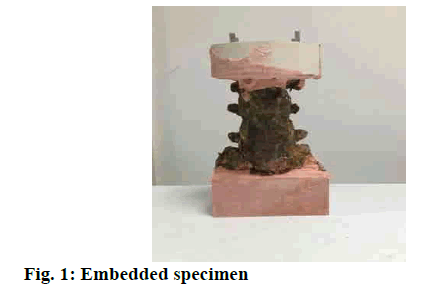 Figure 2: The materials of internal fixation

Biomechanical testing was conducted on the customdesigned spine testing machine (fig. 3)[10]. The S1-5 was embedded and secured to the table of the testing machine. The L3 was connected to the loading arm that applied a pure moment to the specimen, and the specimen was allowed to move in an unconstrained rotational fashion[11]. A pure moment of 10 Nm was applied in left and right axial rotation[5]. Figure 3: A specimen was tested in the spine machine

For installing the axial screw, take the upper point of the S1/2 transverse line as the entry point, the axial screw was placed into the L5 and S1 vertebral body and the direction is perpendicular to the end plate of the L5[12]. The two pokes were inserted into the L5 and S1 body through the passage of the screw in EG1, without penetrating the cortical bone. The posterior pedicle screw fixation was implanted in EG2 and EG3 respectively. After installation of fixations, all specimens examined by X-Ray (fig. 4). There are 3 markers on L4, L5 and S1 vertebrae respectively. The Optotrack system will measure the range of motion (RoM) of the L5/S1 segment through recording the movement of markers, when the specimen is under the state of axial rotation (figs. 4 and 5). During the experiment, the surface of the specimen was sprayed with normal saline to keep it moist[13]. The room temperature was kept at 20-25°. The statistical data of the experimental data were analysed by SPSS19.0 software. Paired t-test was used to compare the different groups. P<0.05 indicates that the difference was statistically significant significance.

AxiaLIF is mainly used in the treatment of lumbosacral degenerative diseases, such as lumbar instability, mild lumbar spondylolisthesis[16]. The pain symptoms of these diseases are primarily result from the instability of the lumbosacral vertebrae. The main treatment for this kind of diseases is intervertebral fusion, and stable biomechanical environment is one of the basic conditions for fusion[17]. Among all kinds of lumbosacral fusion operations, the advantages of AxiaLIF are less trauma for muscle and ligament and preservation for the posterior components of the spine[18]. However, the past biomechanical studies on L5/S1 axial fixation have showed that even though the axial fixing screws can provide sufficient resistance to flexion and extension and lateral bending motion, the antirotation stability is still insufficient[5]. Another study reported that AxiaLIF supplemented with posterior pedicle screw fixation can enhance the biomechanical stability for the fixed segment, which also ensures the fusion success rate[19]. But the combination with the posterior pedicle screw fixation also covered the unique advantages of minimally invasive surgery in AxiaLIF. In the present study, we have examined the biomechanical function of L5-S1 Locking Axial Fixation with Inner Poke in term of antirotation, which could maintain the minimal invasive advantages of AxiaLIF, and improve the antirotation stability of the traditional axial screw also, the present study maybe expand the clinical application range of AxiaLIF.

It is well known that the traditional axial screw just fixes the anterior and middle columns of the spine. Therefore, when motion segment lost the restriction of intervertebral joint, or the posterior column of the spine became unstable, AxiaLIF cannot provide enough antirotation stability for the segment. And insufficient strength for fixation will inevitably affect the success rate of intervertebral fusion. The L5-S1 locking axial fixation with inner poke improved on the basis of the traditional axial fixing screw by adding two thornlike structures which can be inserted from the original channel. The two pokes are protruded from the axial screw and are unidirectionally locked in the L5 and S1 vertebral bodies. The vertebral cortical bone is not penetrated, and the two internal thorn structures are perpendicular to the central axis of the spine, which are fixed in the axial screw after locking (fig. 4b). The rotational motion of the lumbosacral segment will significantly increased when the posterior column of the spine becomes unstable. So the spondylolysis model was constructed to accept 4 sorts of fixation and via biomechanical examination to observe the limitation on rotational motion of each fixation. The rotation RoM of the EG1 was significantly smaller than CG, which indicated the L5-S1 locking axial fixation with inner poke could significantly improve the antirotation stability of the traditional axial fixation. Compared with the EG2 and the EG3, the rotation RoM of EG1 was significantly bigger than these two groups, which suggested that the axial fixation combined with the posterior pedicle screw fixation provided more antirotation stability for the spine. The rotation RoM of EG2 was smaller than EG3, however, there was no statistically significance difference, it may be due to the fact that the posterior pedicle fixation had a stronger restriction on the rotational motion of the spine, which might cover up the antirotation effect of the locking axial screw with inner poke.

This work was supported by the National Science Foundation of China (81272055).

None of the authors has ﬁnancial or other conﬂicts of interest concerning this study.