The Clinical Outcomes of Stem Cell Therapy for Decompensated Liver Disease: A Systematic Review and Meta-Analysis

Worldwide, many patients with decompensated liver disease cannot get timely liver transplantation due to the shortage of the liver donors. In this case, stem cell therapy seems to be an alternative for patients with end stage liver disease. The aim of this article is to conduct a meta-analysis to evaluate the effectiveness of stem cell transplantation in patients with decompensated liver disease. Medline, Embase and Cochrane Library were searched for relevant studies. Only controlled trials were enrolled in this meta-analysis. Random effect model or fixed effect model will be used to analyze the collected data depending on the heterogeneity of the pooled studies. Review Manager 5.3 was used for statistical analysis. 8 publications involving 9 controlled studies were included in the final analysis. The studies were conducted in China, Iran, Egypt and India. Cell transplantation did not change the level of serum albumin and model for end stage liver disease score at 12 w and 24 w. Furthermore, no matter at 12 w or 24 w, the serum level of total bilirubin showed statistical decline. However, alanine transaminase, aspartate transaminase and prothrombin activity were improved significantly at 12 w, but this change was not obvious at 24 w. Stem cell transplantation showed some desirable outcomes in a relatively short term. However, many hepatic parameters did not last in the long term. Further studies are needed to explore the efficacy in patients with decompensated liver disease.

Chronic liver disease is a widespread disease all over the world. With the advancement of this progressive disease, the conventional therapy will become invalid to the dysfunctional liver. Currently, the orthotopic liver transplantation (OLT) is the only feasible remedy to the end stage liver disease (ESLD). However, due to the shortage of organ donors and the expensive costs, many patients have to drop out from the transplantation waiting list. In this case, stem cell therapy seems to be an alternative therapy which is used in many pilot studies. Hematopoietic stem cells (HSCs) and mesenchymal stem cells (MSCs) are two commonly used stem cells in the clinical trials and show some promising perspective. Additionally, bone marrow mononuclear cells (BMMNCs) were also used in clinical trials and showed potential outlook. HSCs can be harvested not only from bone marrow aspiration but also peripheral blood after the injection of granulocyte colony stimulating factor (G-CSF), so that the relatively easier accessibility over other cells is very desirable in the clinical application. Besides, MSCs also have some advantages, including the strong proliferative capacity even after expanded in vitro, high immune compatibility and low tumorgenesis risk. This meta-analysis aims to summarize the relevant clinical trials and evaluate the efficacy of the administration of these cells.

Relevant clinical trials were collected by searching the Excerpta Medica database (EMBASE), Medical literature analysis and retrieval system online (MEDLINE) and the Cochrane library. This was done from the inception of the database to February 2018 by searching Medical subject headings (MeSH) terms combined with text words. The search term included (liver cirrhosis or ESLD or chronic liver disease) and (stem cell or HSCs or MSCs or MNCs). Additionally, the range of the articles was limited to human and controlled trials in the search filter. The titles and abstracts of the retrieved articles were examined. The selected papers were downloaded to view the full article. The references of selected publications were scrutinized for additional clinical trials.

Inclusion criteria were as follows: Clinical studies using cell therapy for decompensated liver disease were included; studies contained at least one hepatic indices or prothrombin time (PT) in the articles; the type of the study was controlled trial which included one placebo or conventional treatment group. Studies were excluded if: they were one arm studies or case control studies; they were animal trials; the associated data cannot be extracted or calculated from the publications; ongoing studies; reviews or conference articles.

Data analysis was performed with the Review Manager 5.3 from the Cochrane collaboration. The difference between experimental group and control group was defined by weighted mean difference (WMD). Heterogeneity was evaluated by I2 and p value, with I2>50 % or p<0.10 meaning significant heterogeneity. If significant heterogeneity was presented, random effects model was used, otherwise fixed effects model with Mantel-Haenszel method was used to analyze the data.

Our initial literature research generated 229 publications, of which 86 were duplications. After screening the titles and abstracts of the rest 143 articles, 115 were excluded due to irrelevant studies. 28 articles underwent the full text screening and only 8 were finally eligible to this meta-analysis. The general searching and screening process was showed in fig. 1. The article of Mohamadnejad in 2016 involved 2 studies[1]. The characteristics of the included articles were presented in Table 1. The studies were from 4 countries (China, Egypt, India and Iran). In this meta-analysis, 6 out of 9 studies were randomized controlled trials. Moreover, 2 studies had cells infused through portal vein, 3 studies through hepatic artery and 4 studies through peripheral vein. In a study by Salama et al. in 2014, the injected MSCs were differentiated from peripheral blood stem cells[2]. None of the other studies used this kind of MSCs.

Table 1: Description of The Selected Studies Biochemical indices (such as ALB, ALT, AST, TB, prothrobin activity (PTA)) that indicating the hepatic function and MELD score were used to evaluate the efficacy of the transplanted cells. The difference between the experimental group and controlled group was assessed at 12 w and 24 w due to their relatively common time points. With regard to the ALB level, a meta-analysis including 9 studies (fig. 2) showed that there was no significant difference between control group and experimental group at 12 w (WMD: 1.44, 95 % confidence intervals (CI): -0.19 to 3.08, p=0.08). At 24 w, the pooled data of included 6 studies also showed no improvement in the ALB level (WMD: 2.63, 95 % CI: -0.67 to 5.94, p=0.12). Chronic liver disease is a worldwide problem and OLT is the only remedy to the irreversible dysfunctional liver when it advances to ESLD. Recently, stem cell therapy becomes a promising alternative to this incurable disease. HSCs and MSCs are used in the clinical trials widely and in a relatively smaller scale, BM-MNCs are also applied to decompensated liver disease. BM-MNC contains not just one cell type, but a mixture of many types, including MSC, HSC, endothelial progenitor cell and stromal cell. After infusion of the BMMNCs, the contained non-HSCs may also contribute to the replenishment of the impaired hepatic function. Moreover, the fusion of HSC and hepatocyte can generates a hybrid cell which has the capacity to repair the injured liver tissue. This may exert some influence on the liver proliferation. The therapeutic rationale of MSCs is relatively clearer than HSCs in terms of hepatic repopulation. The main therapeutic effect of MSCs is via paracrine route by secreting some growth factors and cytokines, such as hepatic growth factor (HGF), interleukin-10 (IL-10), nerve growth factor (NGF). Additionally, the matrix metalloproteinases (MMP) expressed by MSCs have an anti-fibrotic effect of reducing collagen deposition for the impaired liver. Furthermore, human fetal liver derived stem cell can also regenerate the injured liver. Khan et al. reported that human fetal liver derived stem cell can statistically improve all the biochemical parameter and decrease the MELD score, but this is a one arm trial which cannot be included in this meta-analysis[3].

In many cases, the efficacy of stem cell therapy is affected by many factors, including infused type and number of stem cells, injection route and frequency, efficacy of G-CSF and other adjuvant treatment. Some studies have showed that G-CSF can reduce the mortality rate of acute on chronic liver disease and severe alcoholic hepatitis. This is a confounder in many clinical trials because HSCs harvested from peripheral blood will inevitably use G-CSF to raise the concentration of HSCs. Moreover, the administration frequency is various in the enrolled studies. In this metaanalysis, the majority of studies applied stem cells only once, but in the studies by Lin et al. and Mohamadnejad et al., stem cells were repeatedly injected during the observational time point[5,6]. However, it is hard to limit the injection frequency in the inclusion and exclusion criteria due to the small number of the involved studies. Besides, the injection route may also exert an influence on the efficacy. A meta-analysis suggested that stem cells injected through hepatic artery showed better effectiveness than peripheral vein. El-Ansary reported that the injection of MSCs via peripheral vein or intrasplenic routes showed statistically different biochemical outcome (such as TB, creatinine) and MELD score[4]. Due to the influence of these potential factors, multicenter, large scale randomized clinical trial is needed to verify the efficacy of cell therapy both in the short term and long term.

There are some limitations in this meta-analysis. The publications involved may not be comprehensive enough to cover all related articles. In addition, it is hard to ignore some factors included in the studies, such as the various etiology and severity of the hepatic disease, the age of the enrolled patients (for that the older patients may have a lower capacity to improve liver function)[7-11]. Importantly, the studies which used different cells via diverse injection routes were pooled together. These problems all contribute to the high heterogeneity in partial forest plots. Even the random effect model was used to analyze the information, interpreting the outcome should be cautious[12].

In conclusion, this meta-analysis suggests that the outcome of stem cell transplantation for liver disease is relatively desirable in the short term (12 w). However, significant difference of many hepatic indices did not last for 24 w. Therefore, this innovated intervention needs further studies to explore its efficacy and safety. Moreover, there are many problems confronted, such as the non-uniform approach of the adjuvant treatment, the uncertainty of the optimal injection routes and cell types, the ambiguous rationale of cell therapy for liver regeneration. In addition, it is imperative to track the infused cells in vivo to have a further understanding of the improved liver function. Overall, cell transplantation is a newly emerging therapy to provide an alternative modality for ESLD and may make a bridge for patients who cannot get timely liver transplantation.

Jingtao Gu and Liangshan Lv had contributed equally to this work. 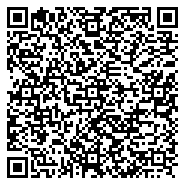