The Detection of Hyperthyroidism by the Modified LeNet-5 Network

The thyroid gland was one of the most important glands in the human body; the thyroid hormones produced by the thyroid gland promote growth and development and regulate metabolism[1]. Hyperthyroidism was a clinical syndrome characterized by the excessive secretion of thyroid hormones caused by a variety of causes, which was mainly manifested by increased excitability and hyper metabolism of nervous, circulatory, digestive systems with a typical disease face[2-5]. Among them, the Grave’s disease (diffuse toxic goiter) was the most common, accounting for about 85 % of all patients with hyperthyroidism[6]. Hyperthyroidism was a common endocrine disease; the epidemiological analysis shows that the incidence was 0.14-0.5 %[7].In clinical practice, hyperthyroidism was generally diagnosed by the patient’s appearance and ultrasonic examination[8-10]. However, the diagnosis depends on the operator’s clinical experience[6-8], which means that less experienced doctors were prone to misdiagnose resulting in an increase in the number of fine needle aspiration (FNA) biopsies. Therefore, it is necessary to develop an automatic detection method of hyperthyroidism to reduce the workload of the doctors, and the dependence on operators, and at the same time to reduce the misdiagnosis rate.

In recent years, the automatic detection methods of hyperthyroidism can be divided into two categories, the artificial feature method and data-driven method. The commonly used artificial feature methods include the local binary pattern (LBP)[11], gray level co-occurrence matrix (GLCM)[12]and discrete wavelet transform (DWT). However, these methods can only generate low-level information, such as image texture, geometry and statistical distribution and usually need classifiers for classification. Only by giving suitable characteristics for classifying, a proper classification can be arrived at. For data-driven methods, a convolution neural network (CNN) can improve the classification and detection performance of natural images greatly without manual feature description[13-15]. In recent years, deep learning has developed rapidly, especially the LeNet-5 network, which was widely used in a variety of computer vision tasks that greatly promoted development of CNN. However, when the LeNet-5 network was used to classify the thyroid and other multi-class targets, the efficiency was not high[16]. In order to solve these problems, a new modified LeNet-5 network model was proposed in this investigation based on the analysis of LeNet-5 and other classical CNN. The modified LeNet-5 network introduces the convolution kernel module group, changes the number and size of the convolution kernel appropriately, introduces the batch normalization (BN) layer to standardize the input data, replaces the Sigmoid function with Relu activation function and the full connection layer with global pooling layer. And after experimental verification, the expected outcome was achieved.

In view of the problems with the traditional LeNet-5 network in identifying thyroid nodules, the following improvements were made. Convolution module groups Inception_conv3 and Inception_conv5 replaced the Conv3 and Conv5 of LeNet-5 network, respectively. While extracting more features of the target, increase the depth of the network. The two convolution module groups contain 2-3 convolution layers, respectively. Selection of the convolution kernel was related to whether the effective features can be extracted. The original 5×5 convolution kernel was not effective in the facial feature extraction of hyperthyroidism. Thus the size of the convolution kernel was changed and replaced the original convolution kernel with 2 3×3 convolution kernels in the Inception_conv3 and Inception_conv5 modules. The traditional LeNet-5 network has a small number of convolution kernels per layer, which cannot extract the features of the target fully from the face data. Therefore, the number of convolution kernels should be changed reasonably. The introduction of the BN layer can standardize the input batch samples and improve the input of the neural network, which can improve the training speed of the neural networks to a certain extent and prevent the over-fitting and gradient disappearance. The Sigmod function adopted by the traditional LeNet-5 was not universal and the Relu function has the characteristic of preventing passing of the negative signal, which was more efficient and can improve the convergence speed. The parameters of the full connection layer account for about 80 % of the network, which greatly increases the network training time. Experiments showed that the full connection layer has no effect on the classification, so the global pooling layer Max_pool8 was used to replace the full connection layer.

The detection of thyroid nodule by the modified LeNet-5 network

The eighth layer was the global pooling layer, and the pooling size was 3×3 and 62 feature maps with the size of 3×3 were pooled to 1×1 and the feature vectors were input to the Softmax layer. The convolution kernel size of Conv8 was 3×3 and the number of convolution kernels was 62. An attempt was made to use the Conv8 in the dotted frame to replace the full connection layer of the traditional LeNet-5 network for network improvement. However, the experimental results showed that the effect of Conv8 was not as good as that of Max_pool8. The modified LeNet-5 network parameters were shown in Table 1. The surface of the modified network layer was 8 layers, but it was actually 12 layers (excluding input layer and Softmax layer) due to the Inception_conv3 and Inception_conv5 were all three layers, which increases the depth of the network.

In this investigation, all the image data collected were tested 3 times by experienced clinicians (control group), programs based on LeNet-5 network algorithm (LN group) and programs based on the modified LeNet-5 network algorithm (RLN group), respectively. The 3 tests were carried out randomly and doubleblindly (fig. 1).According to the elements of computer recognition, a standard database of disease-related data was established, including the medical history and facial images of patients. The types of diseases including but not limited to the hyperthyroidism, goiter, hypothyroidism, thyroid tumours, and other non-thyroid-related diseases. The system was training and deep learning, including the batch sample training to the public data resources and the single training to the database data and analyses of the results. On this basis, the empirical parameters set for facial feature recognition of patients with hyperthyroidism were added and the parameters were adjusted to improve the accuracy and sensitivity of the recognition. Figure 1: The work flow of the thyroid nodule detection by the modified LeNet-5

In the program learning, according to the real categories and the categories predicted by the classification model, the records in the data set could be divided into 4 categories, true positive (TP), false positive (FP), true negative (TN) and false negative (FN). TP means the correct recognition, the positive sample was correctly identified as positive. FP means the wrong recognition, the negative sample was erroneously identified as positive. TN means correct recognition again, the negative sample being correctly identified as negative. FN means wrong recognition again the positive sample being mistakenly identified as a negative.Accuracy was used to measure the proportion of all correct judgments in the classification model, which was defined as (AC), AC=(TP+TN)/(TP+TN+FP+FN). Sensitivity was used to measure the correct proportion of model prediction, the true value of all results was positive, it was defined as (PC), PC=TP/(TP+FP). Specificity was used to measure the proportion of correct prediction in all results, the true value was negative, it was defined as (ST), ST=TN/ (TN+FP). F1-Score was a comprehensive index, which was the harmonic average of accuracy and sensitivity. It was defined as (FS), FS=2TP/(2TP+FP+FN). The range of accuracy, precision, sensitivity, and specificity was expressed by a decimal between 0 and 1. The higher the value, the better the classification performance of the model.A recognition control experiment was also conducted on hyperthyroidism patients with thyroid nodules. Two algorithm programs were used for nodule segmentation and nodule diagnosis. Each nodule was segmented once. Nodular segmentation was evaluated visually and was divided into 3 categories. Excellent, the segmented part completely matches the nodule. Satisfactory, but not perfect, the segmented part still represented the nodule. The visual estimate of the maximum contour mismatch between the cover layer and the nodule is no more than 30 % and Poor, some nodules are segmented, but the segmented contours do not represent nodules (estimated mismatch >30 %).

The experiment was based on the Tensorflow deep learning platform under Linux system. The processor was Intel core i7mur7700k, the main frequency was 4.2 GHz, the memory was 16 GB, the video card was NVdia GTX1080TI, and the memory of GPU was 11 GB. In order to give full play to the performance of GPU, the size of Mini-batch was set to 2n (256), the number of Train_num was set to 1000, and Learn_rate was set to 0.05. The learning rate was attenuated by the exponential decay method, and the Deacy was set to 0.96, weight attenuation of BN was set to 0.005.

After the training of the 2 algorithm programs, the 3 research groups independently used the data collected for face image recognition. The results showed that although the accuracy of the LN group and the RLN group was lower than that of the control group, there was no statistical difference among the 3 groups (fig. 2). The time spent in the LN group and the RLN group was significantly lower than that in the control group, and the time consumed in the RLN group was the least. It indicated that the screening efficiency of patients with hyperthyroidism can be improved based on the LeNet-5 network algorithm.

Figure 2: Accuracy and time required for detection in the three study groups

Figure 3: Differences in sensitivity and F1-Score among the three research groups 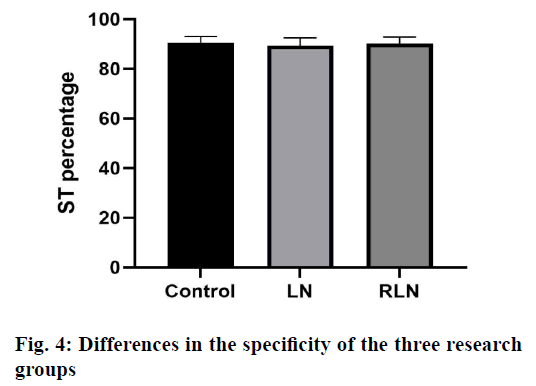 Figure 4: Differences in the specificity of the three research groups

In recent years, the face recognition technology has developed rapidly and achieved many research results, which has become one of the important research directions in the field of computer vision[17]. However, because of its complexity, it was easily affected by many factors, such as light, expression, posture. Therefore, the designed algorithm needs to weaken the intra-class changes between the same individuals and strengthen the inter-class changes between different individuals, such as PCA[18], LDA[19], Bayesian Face[20] and other face recognition algorithms based on subspace learning. The research of face recognition algorithm based on CNN has made great progress in the past decade. After a lot of data training, these models changed from DeepID, DeepID2, LeNet-5, Face-Net to VGG-Face, these can recognize the features of human face accurately, thus achieving better results in face recognition verification. The LeNet-5 network deep learning method has high accuracy and sensitivity, which accelerates the popularization and application of neural network learning. However, the classical LeNet-5 network algorithm involves many manually modified parameters and complex data algorithm structure, so its efficiency was not high, and the parameter setting depends on experience. Therefore, this investigation made an improvement and introduced the convolution group, which was the core module of the network learning depth algorithm. Firstly, the input facial data of patients were standardized, and then the convolution kernel was modified according to the facial characteristics of patients with hyperthyroidism. Finally the global optimization is carried out by the Relu function to improve the efficiency of solution and recognition in the case of global optimization.

In summary, the use of our improved LeNet-5 network algorithm shows acceptable consistency with the experienced doctors in detecting the characterization of hyperthyroidism, and this method was useful for the exclusion of thyroid nausea tumours, and can be used as a simple method to exclude and determine the biopsy requirements of malignant thyroid tumours.

This study was supported by Zhejiang Medical Science and Technology Research Foundation, China (No. 2018KY697).