Forty adult male rats were obtained and were housed in a clean animal room equipped with air conditioning. The ambient temperature was 20°±3°, and the air humidity was 65±5 %. The rats were given free access to food and water. The weight of all rats was controlled at 27~31 g, these rats were randomly divided into 4 groups of 10 rats each, the control group, the music group, the exercise group and the music+exercise group. In addition, 10 male rats of the same weight were selected as the homologous normal control group (referred to as R group).

For the music group and the music+exercise group, the rats were scheduled with music for one hour each morning and evening, and the melody of the music should be light and the rhythm should be strong. Each time while playing the music, the rats were placed in a fixed position in a fixed room, all the doors and windows were closed, the curtains were drawn, and the indoor conditions were basically the same. In addition, the distance of sound of playing music was 1.5 m away from the rats, the music decibel is 65-75 dB, music was played twice a day, 5 d a week, for a total of 6 w.

Before the formal intervention, the rats in the exercise group and the music+exercise group were trained for swimming adaptation, 10 min each time, once a day for a total of 3 d. At the end of adaptive training, the rats were formally intervened. At 16:00 every day, swimming exercises were performed in a pool of length 100 cm, width 80 cm, height 60 cm and a depth of 50 cm, 15 min each time, once a day, 6 d a week for a total of 6 w. The temperature of the water in the pool was maintained at about 30°, and the indoor temperature was maintained at 23° to 27°. In order to prevent the rats from drowning, the rats were manually controlled to swim. When the rats were in a state of lack of physical strength, the rats were immediately taken out of the pool. After 4 min of rest, the rats were further placed in the swimming pool for swimming experiments until the last time of the experiment is enough for 15 min. A total of 3 rats have drowned in this experiment.

Morris water maze training is a classic training method for detecting spatial learning and recall memory in rats. The Morris water maze training included a 5 d positioning navigation test and a 1 d space exploration test[13]. Positioning navigation training, the Morris water maze was divided into 4 quadrants according to the 4 marking points of the water maze. In one of the quadrants, a black platform was placed 2 cm below the water surface and the position was fixed. The black platform has been placed in the same quadrant in the next experiment. The water maze circular pool had a diameter of 150 cm, a height of 65 cm, a water depth of 40 cm, and a water temperature of 22° to 27°. A quadrant was randomly selected as the water entry point of the rat, and the rats were gently placed into the water facing the pool wall. A device of Morris water maze automatically tracks and records the escape latent period of the rat, that is, the time from the rat entering the water to climbing the platform. The time for the rat to find the platform was 2 min. After finding the platform, if the rat stayed on the platform for more than 10 s, it was considered as success of finding the platform. If the rat did not find the platform within 2 min, it was manually guided to the platform for 10 s and the escape latent period was recorded as 2 min. According to the same method, the rats were trained once in 4 quadrants, and the results were tracked and recorded[14]. Space exploration test included after completing the positioning navigation training, the black platform was removed, and the space exploration experiment was repeated and the number of times the rats climbed onto the platform within 2 min was tracked[15].

After the Morris water maze experiment, 5 rats in each group were randomly selected, and 5 % pentobarbital sodium was intraperitoneally injected to anesthetize the rats. After sufficient anesthesia, the rats were sacrificed. Then a scalpel was used to open the thoracic cavity of rat, the rat heart was exposed, and the right atrial appendage was cut. Then a needle was inserted into the left ventricle of the rat and 55 ml of 0.9 % saline was injected, then the left ventricle of the rats was perfused with 140 ml of 5 % paraformaldehyde fixative and after 5 min, the brain was taken out, fixed again with 5 % paraformaldehyde fixative for 1 d. After that, the tissue was dehydrated and embedded with paraffin carefully. A side row of continuous coronary was cut into pieces and adhered to the slides, then fixed, the slice thickness should be 5 μm. Five slices were taken from each rat and immunohistochemistry was performed in strict accordance with the operating instructions. First, the slice was conventionally dewaxed and put into clear water, and then the repair solution was poured into the pressure cooker, and the slide was taken out from the clean water and kept in the repair solution. The pressure cooker was then covered and heated until the pressure cooker sprays at a constant speed. Start timing when the steam was evenly sprayed. After 2 min, pressure cooker was switched off and allowed to cool. When the temperature reached room temperature, the repaired slice was taken out, washed with distilled water, soaked with phosphate buffered saline (PBS) twice each time for 3 min. The slides were immersed in the endogenous peroxidase blocking solution for 12 min and rinsed with PBS. After rinsing, the slides were placed in the goat serum working solution blocking solution, soaked for 12 min and dried. After drying, antirabbit rat ChAT polyclonal antibody was added dropwise, soaked overnight and rinsed with PBS solution on the next day. The appropriate amount of biotin-labeled goat antirabbit secondary antibody working solution was added dropwise, soaked for 12 min and rinsed with PBS solution. HRP-labeled streptavidin was then added dropwise, soaked for 12 min and continued to rinse with PBS solution. In the DAB color development, the coloring solution was applied to the tissue section, the color development time was 3 min and the color development time was controlled under the microscope to achieve the best color development effect and the color development was terminated by washing under tap water. Finally, conventional dehydration was carried out. Finally, the tissue section was observed under a microscope.

After the Morris water maze test, 5 rats were randomly selected from each group. The rats were anesthetized with 5 % sodium pentobarbital and sacrificed. The rats were placed on ice cubes to separate brain tissue and the hippocampus tissues were taken out, washed with PBS solution, placed in an EP tube prepared in advance and quickly placed in liquid nitrogen for cryopreservation. At the time of further processing the hippocampus tissue was taken out from the liquid nitrogen and placed in an EP tube for weighing. After weighing, the cell lysate was added to the EP tube, mixed thoroughly and the hippocampus tissue was disrupted by an ultrasonic breaker, the EP tube was placed in an ice box for 10 min, transferred to a refrigerator at -4±2° and frozen for 30 min. Then, the mixture was centrifuged at 12 000 rpm for 15 min in a low-temperature high-speed centrifuge, and the supernatant was taken to measure the protein concentration using the BCA method.

The mini mental state examination scale is an examination scale that comprehensively evaluates computing ability, memory, behavioral mimicry ability and comprehension ability of patients. It is also the most commonly used and most effective screening scale for senile dementia patients in the world. The mini mental state examination scale included five major aspects, orientation, memory, attention and computing power, recall ability and language ability. The total score is 30 points, 1 point for each question, a total of 30 questions. Under normal circumstances, the degree of education can seriously affect the test result of the normality of the subject. Less than 24 points was identified as cognitive dysfunction, of which illiteracy group ≤17 points, a primary school culture group ≤20 points, and a remaining middle school culture or other group ≤24 points.

All data were processed using SPSS 19.0 statistical analysis and the data were expressed as mean±standard deviation. The two-way analysis of variance (ANOVA) of repeated measures was used to analyze the data of Morris water maze positioning navigation. The least significant difference (LSD) test was used to test the difference between the groups, P<0.05 was considered as statistically significant. Morris water maze space exploration experimental data, immunohistochemical optical density data and Western Blot gray scale ratio were analyzed by one-way ANOVA. LSD test was performed when the difference between the two groups was significant. P<0.05 was considered as statistically significant. The interaction effect between music therapy and exercise therapy was analyzed. Two factors and two levels were analyzed using factorial design analysis of variance.

After 6 d of Morris water maze test, the black platform was removed on the d 6 and the rats were tracked. The number of times the rats crossed the platform within 2 min is shown in the following Table 2. It can be observed from the table that the difference between the control group and the other four groups was statistically significant (p<0.05). In the same period of time, rats in the R group had the highest number of platform crossings, and the difference was statistically significant compared with the other four groups (p<0.05). The number of platform crossings of the music group, the exercise group, and the music+exercise group were 8.96±1.89, 7.85±2.34 and 9.63±2.28, and the values were not different from each other. Fig. 1 shows the interaction effect between music therapy and exercise therapy. After statistical analysis, the difference is not statistically significant (p>0.05), and there is no interaction effect between the two. The results showed that the memory of fast aging rats can be improved by the intervention of music and exercise, but even if it was not as good as the learning and memory ability of normal rats of the same age. It also showed that the comprehensive intervention of music and exercise was better than the individual intervention. 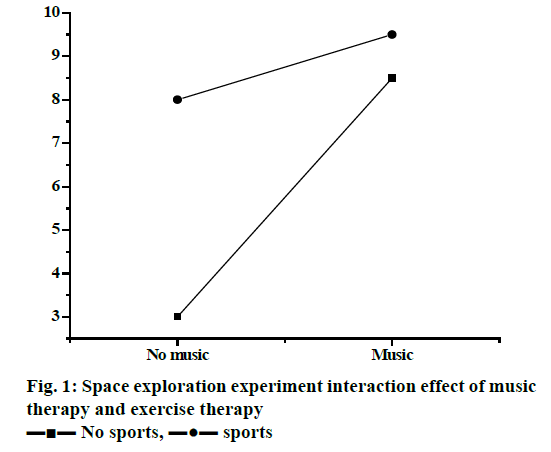 Table 4: The gray than of hippocampus chat (X±S)

Table 5: Descriptive statistics of paired samples before and after nursing intervention