With the increase of critically ill patients in emergency department in China, how to improve the recognition ability of ‘critically ill patients’ in emergency department and arrange treatment in time has been a clinical concern[1]. The traditional intensive care unit (ICU) critical illness scoring system is designed for ICU patients. Limited by objective conditions, this data cannot be obtained timely and accurately[2]. Acute physiology and chronic health evaluation II (APACHE II) system consists of three parts: Acute physiology score (APS), age score and chronic health status score, total score 71 points, the higher the score, the more serious the patient’s condition[3,4]. Whether the disease severity classification system is effective depends on whether it can predict the mortality of patients, studies have shown that APACHE II score can be used to evaluate the prognosis of patients with cardiovascular and cerebrovascular diseases and its score is positively correlated with the mortality of patients[5]. The rapid emergency medicine score (REMS) is also an emergency critical scoring system. Due to its simple and convenient characteristics, it has been applied in the evaluation of many major diseases[6]. Studies have pointed out that the modified early warning score (MEWS) can effectively early warn potential risk patients and significantly reduce the incidence of missed diagnosis in patients with disease changes. At present, it has been widely used in emergency rescue systems in China and abroad[7,8].

The above three indicators can be used to evaluate the prognosis of patients in emergency department of internal medicine. However, studies have found that single study is prone to missed diagnosis and misdiagnosis. The combination of two or two scores may improve the accuracy of diagnosis[9]. However, there are few studies on the combination of three indicators for the prognosis evaluation of clinical emergency medical patients and there is no study to compare the three scoring systems. This study will explore the application value of three critical illness scoring systems in the prognosis evaluation of emergency medical patients.

200 cases of emergency internal medicine in emergency department of our hospital were selected as the research objects. The patients were divided into survival group (156 cases) and death group (44 cases) according to the 28 d survival situation as the observation endpoint. The patients were collected from January 2019 to December 2020.

Inclusion criteria: Patients aged ≥18 y; emergency admission; emergency classification is I~II; hospital stay more than 24 h, the prognosis of patients with clear outcome; the research programme is approved by the Medical Ethics Committee with the informed consent of the family members.

Exclusion criteria: Patients have died at emergency visits; patients family members voluntarily requested to be discharged and transferred to hospital when the patient’s condition was not stable; the lack of relevant data cannot be included in statistical analysis.

MEWS scoring: MEWS is currently widely used in the UK. The scoring tool includes five physiological parameters, including respiratory rate, heart rate, arterial systolic pressure, consciousness and body temperature. The body temperature parameter was 0-2 points; pulse, systolic blood pressure, respiratory rate and mental reaction parameters were 0-3 points and the score range was 0-14 points, the higher the score, the more serious the patient’s condition. Patients with 4 and above need to be monitored[10].

REMS score, MEWS score, APACHE II score comparison; the scores of REMS, MEWS and APACHE II in the death group were higher than those in the survival group and the difference was statistically significant (p<0.05) (Table 3). 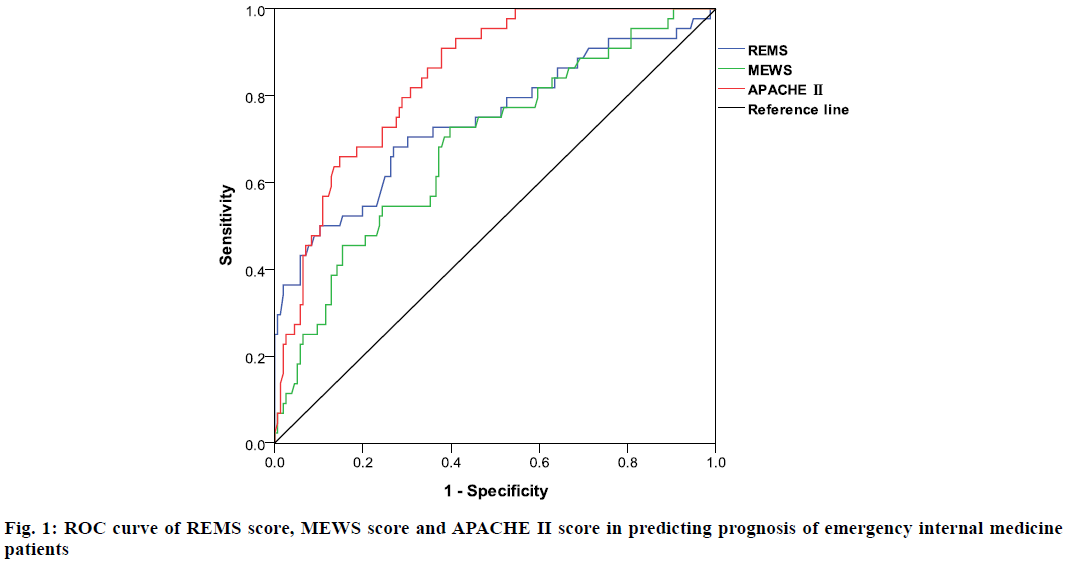 Accurate assessment of critically ill patients in the emergency department can effectively reduce the rate of misdiagnosis and missed diagnosis. However, there is no unified evaluation method to predict the prognosis of emergency medical patients. APACHE II score is the most widely used, with the characteristics of accuracy, scientificity, objectivity and credibility[12,13]. In this study, we selected relatively easy-to-operate MEWS, REMS and APACHE II scores for comparison and analyzed the advantages and disadvantages of each scoring method.

REMS score has the advantages of simple operation, low cost and convenient access to data, which can be used as the standard for emergency triage. REMS scores only need to measure five physiological indicators and need no high-precision equipment to evaluate. Studies have shown that the scoring system can, not only assess the risk of pre-hospital transport, but also evaluate the prognosis of patients after admission. The sensitivity and specificity of identifying potential critically ill patients are satisfactory, which can be used as an important means of preliminary prediction of the condition and prognosis of critically ill patients[14,15].

In recent years, due to the characteristics of short time consuming and easy operation of MEWS score, it is increasingly widely used in hospital emergency and emergency system. Previous studies have shown that APACHE II score is used in the occurrence of delirium in patients with severe acute kidney injury and severe pneumonia mechanical ventilation and the prediction effect is good. In addition, APACHE II score is also used to diagnose the severity of other diseases[16,17]. Receiver operating characteristic (ROC) value is often used to reflect the predictive value of a certain method for individual prognosis. In this case, the AUC value under the ROC curve of APACHE II score for predicting the 28 d mortality of emergency medical patients was 0.842, which was close to 0.85 in Knaus data, indicating that the predictive ability for individuals was also close to the reference level. The results of this study showed that the REMS score, MEWS score and APACHE II score of the death group were higher than those of the survival group and the difference was statistically significant. APACHE-II scoring system is simple and reasonable in design and easy to implement. It can quantitatively calculate the death risk of severe patients and can dynamically score. The maximum difference of subsequent daily parameters is taken to calculate the score. Through the detection and evaluation of indicators under this project item, the physiological disorder of the body can be evaluated, so as to evaluate the severity and prognosis of patients and provide a basis for clinical treatment.

This study showed that the predictive effects of the three scoring systems on the 28 d mortality of patients from high to low were APACHE II, REMS and MEWS scores. Further studies showed that the logistic regression model was established with the 28 d prognosis of patients as the dependent variable. After multivariate analysis, the independent risk factors for 28 d death of patients such as older age, circulatory system diseases, nervous system diseases, ICU admission, basic diseases >2 and SpO2 reduction were analyzed.

According to the study, when the MEWS score was performed at the beginning, the score may be low. With the aggravation of the patients symptoms, the score will increase[18]. Therefore, it is necessary to repeat several scores when using the MEWS scoring system to evaluate the condition and prognosis of emergency medical patients and apply them in combination with the other two systems to improve the accuracy of diagnosis and reduce the mortality of emergency internal medicine patients. However, this study did not carry out the repeatability test due to time limitation. According to the study, REMS was considered as a simple version of APACHE II score. According to GCS score, REMS was easier to perform than APACHE II and was commonly used in non-surgical emergency patients. In addition, APACHE II is helpful to dynamically observe the trend of disease changes and the effect of various treatment measures, which is an important reference for formulating and adjusting medical measures and revising nursing plans[19].

In this study, the clinical value of REMS score, MEWS score and APACHE II score in patients with emergency internal medicine were compared for the first time. It was found that the value of APACHE II score was higher. However, due to the limited number of cases and the characteristics of disease crisis, this study failed to carry out a certain repeated score. There may be some deviations in the experimental results and further research and practice are still needed in the future. 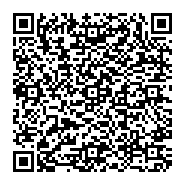