The continuous replication of hepatitis B virus in patients can cause liver cell damage and inflammatory reaction, resulting in cellular degeneration and necrosis. Moreover, the reactive proliferation of hepatic sinus collagen tissue is observed, which could further result in liver fibrosis[1-3]. Without in-time treatment, it will gradually develop into liver cirrhosis and even liver cancer. According to relevant surveys, the proportion of liver cirrhosis induced by hepatitis B virus infection is 30 % and proportion of liver cancer by hepatitis B virus infection is 45 %, respectively. The corresponding incidence rates in China are 60 and 80 %, respectively, which have caused great concern to the society[4,5]. 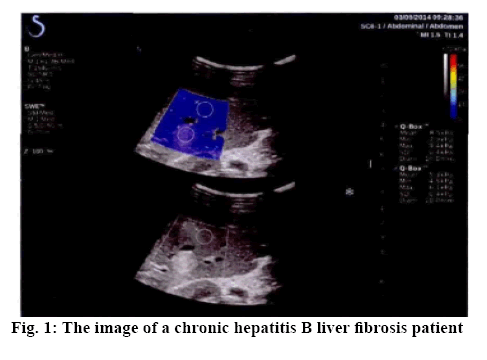 Figure 1: The image of a chronic hepatitis B liver fibrosis patient

Liver real-time shear wave elastography was applied to all patients. A color Doppler ultrasound instrument was adopted in this study. Supersonic aixplorer type, carrying convex array probe SC6-1, with the frequency of 1-6 MHz. The elastography sampling frame size was 4×3 cm. The patient was kept in the supine position and the probe was placed in the right intercostal space with RTSWE mode. Then, the probe was kept away from the thick vascular structure in the liver and the upper edge of the elastography sampling frame was placed about 1 cm below the liver capsule[6]. At the same time, the corresponding mean value was recorded in the imaging area using a 3 cm diameter circular quantitative detection zone. The liver stiffness (kPa) was measured 10 times and then averaged. The interquartile range should be less than 1/3 of the median, and a success rate of more than 60 % should be obtained, making the data a reliable result. The range of measurement was from 2.4 to 75.4 kPa.

The control group was treated with entecavir, while the research group was given a combination of Biejiaruangan compound tablet and entecavir. Each patient was given entecavir orally (Boluding, Sino American Shanghai Squib Pharmaceutical Ltd. H20052237), 0.5 mg each time, once a day, combined with antiviral therapy. Moreover, Biejiaruangan compound tablet (Inner Mongolia Furui medical Polytron Technologies Inc, Z19991011) was also taken orally, 2.0 mg each time, 3 times a day. Treatments were given for 48 consecutive weeks for both groups.

Liver function was detected by an automatic biochemical analyzer. Enzyme-linked immunosorbent assay was carried out to examine serum markers of hepatitis B virus. Polymerase chain reaction was performed to detect hepatitis B virus DNA. Color Doppler ultrasound was used to examine the diameter of the portal vein, portal vein blood flow, mean blood flow velocity, the long diameter and thickness of spleen. Entecavir is a guanine nucleoside analogue inhibiting the reverse transcription of the pregenome mRNA in hepatitis B virus as well as prevents the polymerase initiation and formation of HBV-DNA positive strand. Meanwhile, it could block the HBV-DNA replication, and exert favorable antiviral efficacy. Resistance to this drug is low, which makes it an important antiviral drug suitable for treating large-scale replication of chronic hepatitis B.

Traditional Chinese medicine has the quality of multicomponent, multi-link and multi-target, endowing it the advantages in the treatment of complex diseases. The main components of Biejiaruangan compound tablet are, Biejia, Curcuma zedoary, red peony, Ziheche, Cordyceps sinensis, Ban-lan-gen, Forsythia, Angelica, Sanqi, Dangshen, and Astragalus. Studies have shown that Biejiaruangan compound tablet can enhance the biological activity of matrix metalloproteinases and effectively degrade the over deposited extracellular matrix (ECM). It can not only inhibit the activation and proliferation of hepatic stellar cells (HSC), but also promote apoptosis, reducing the number of activated HSCs. In addition, it can inhibit the production of transforming growth factor-β (TGF-β) by ECM, and inhibit the effective scavenging of free radicals by hepatocyte lipid peroxidation, thus affecting the formation of liver fibrosis by multiple targets and exerting the effect of antiliver fibrosis.

RTSWE is a reliable indicator of liver fibrosis, which is safe, easy to operate, highly reproducible, and quantitative. Application of RTSWE can prevent 50- 60 % of patients from undergoing liver puncture. This study proved that the research group had better liver stiffness, liver function indexes and liver fibrosis indexes than the control group, which is consistent with the relevant findings[9-15] (Tables 1 and 2).

Table 1: Changes in the Liver Function Indexes of Two Groups

Table 2: Comparison of the Liver Fibrosis Indexes Between Two Groups