Tamarindus indica (Fabaceae) have been using in traditional medicine to cure various diseases, including mental stress and anxiousness. The current study was aimed to evaluate phytochemical analysis and anxiolytic activity of Tamarindus indica flower extracts (n-Hexane, Ethyl acetate, Chloroform and methanol) using different animal models such as elevated plus-maze, mirror chamber, light/dark, hole board tests. The extracts had showed presence of different phytochemical constituents. The mice were given two different doses of these extracts to see whether they had any anti-anxiety effects in an elevated maze-plus experiment. The methanol extract showed prominent activity compared to other extracts. The methanol extract was used for further analysis using column chromatography and four fractions (F1-F4) were separated and their activity was tested and further to investigate the anti-anxiety properties. The fraction F3 had showed better anxiolytic activity and using preparative thin layer chromatography three fractions were isolated. The fraction (F3.2) was identified as flavonoid through phytochemical tests and Fourier transform infrared, Nuclear Magnetic Resonance, data as showed 3570 (-OH Str, Ar-OH) and 1753(C=O Str). The fraction F3.2 has anti-anxiety properties (4.8±0.31 and 7.2±0.30 secs) elevated by elevated plus maze test. Fraction F3.2 at 80 mg/kg dose administered orally showed a considerable anti-anxiety effect on different anxiolytic activity tests. From the results of current study, there is a need to do a thorough investigation in finding out the mechanism of action whether it is either through the serotonergic or GABAergic pathway of fraction F3.2. The current study was may be first report about the flavonoids had showing anti-anxiety properties of Tamarindus indica flower extracts. 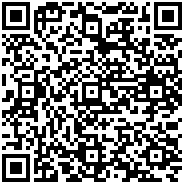