Isolation and Identification of Endophytic Fungi from Cassia senna L.: A Medicinal plant

Endophytic fungi are present within all plants and more than one million species are predicted to be present. They are widely studied as they promote plant growth as well as resistance to environmental stress, produce bioactive compounds that have industrial applications and play a vital role in biogeochemical cycles. The medicinal plant Cassia (commonly known as seenas) belongs to the Order Fabales Family Caesalpiniaceae. This plant is a native of tropics which is useful as an ornamental plant, cassia gum, cuisines, etc. It is also a source for the laxative drug known as Sennosides complex, which has been used by Egyptians since ancient times. This drug is mainly obtained from Cassia augustifolia and Cassia fistula. The active constituents of this drug are dianthrone glycosides (Sennosides A, B, C, D, etc.), free anthraquinones (aloe-emodin, chrysophanol, rhein) and anthraquinones glycosides. However, due to urbanization the plant source has become scarce, so an attempt has been made to isolate endophytic fungi from this medicinal plant and screen for biosynthesis of Sennosides complex. Plants were collected from six (6) locations/sites at Ahmedabad, Anand (Boriavi), Bavla, Bhuj (Madhapur and Saiyadpur), Dantiwada in Gujarat; and Jodhpur in Rajasthan. 22 isolates were identified based on colony, microscopic/morphological characteristics; and identity of thirteen isolates was also done by phylogenetic analysis. The endophytes belonged to the genera Alterneria, Aspergillus, Cladosporium, Curvularia, Fusarium, Penicillium, Phellinus, etc. The isolates were obtained to screen for production of Sennosides (extracellular). A further study on the potential for their application in sustainable development, and alternative for bioprospecting of bioactive compounds is envisaged. 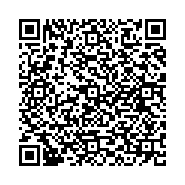