Abies pindrow Royle commonly known as Himalayan silver fir, belongs to family Pinaceae. It is widely distributed at elevations between 2000-3000 m throughout the Western Himalayas from Afghanistan to Nepal [1]. Traditionally, the plant has been used in the treatment of anxiety, pain and inflammation [2]. The plant has been reported to exhibit antiinflammatory [3], anxiolytic [4], antioxidant [5] and bronchospasm activities [6]. Chalcone glycosides, flavonoids, fatty acids, hydrocarbons and terpenoids have been isolated from A. pindrow [7-10].

Recently, researchers are exploring natural resources to develop newer and safer drugs for the effective treatment of various diseases. Investigating plants, based on their traditional uses becomes a sound, viable and costeffective strategy [11]. In case of herbals, standardization has prime importance because it ensures the quality of plant material, which will contribute to its safety and efficacy [12]. A thorough survey of literature revealed that despite a long tradition of use for the treatment of various ailments, no systematic phytochemical and pharmacological work has ever been carried out on this traditionally used and clinically potential plant with a view to isolate bioactive constituent(s) responsible for biological activities.

The macroscopic studies of A. pindrow aerial parts were separately studied by observing the external characters. Qualitative and quantitative microscopic studies on the plant were carried out using compound microscope. Observations were made using 10X eye piece and 10X or 40X objectives.

A fragment of the plant material was placed in above macerating fluid. Potassium perchlorate was added time to time till tissues softened and disintegrated. The treated tissue was taken on a slide, teased with a mounted needle and repeatedly washed with water to free the acid. Length and width of the bordered pitted vessels, pericyclic fibres and trichomes (50 observations for each) were recorded using a calibrated eye piece micrometer [13].

Foreign organic matter in A. pindrow aerial parts was determined by spreading 100 g aerial parts on clear smooth surface background by using a 10X magnifying lens [15]. The experiment was performed in triplicate.

The moisture content was determined by azeotropic distillation method following the procedure given in Indian Pharmacopoeia [14]. The experiment was done in triplicate. Toluene was used in the determination of moisture content.

Coarsely powdered aerial parts (5 g each) were taken in round bottom flasks and 200 ml of prepared toluene was added. The flask was heated gently on heating mantle till its contents began to boil. Then, distillation was carried out at the rate of about 2 drops per second until most of the water had distilled over. Finally, the rate was increased to about 4 drops per second which was maintained for 5 min.

Determination of tannin in dried powdered aerial parts of the plant was made following the procedures given in the WHO [15].

The fluorescence character of the aerial parts was studied both in daylight and UV light (254 and 366 nm) and after treatment with different reagents like formic acid, glacial acetic acid, sulphuric acid, hydrochloric acid, nitric acid, ammonia solution, iodine, ferric chloride and potassium hydroxide [17].

Quantitative determinations of aflatoxins, heavy metals, arsenic, pesticides and microbial content in A. pindrow aerial parts were done at analytical laboratory of OSCAR Analytical Pvt. Ltd. Baddi, Solan (Certificate No. OAPL/1962/09FXIII, dated 09/06/2013). These determinations were made as per the procedures described in WHO [15].

The water extract was prepared by boiling the marc of plant material with distilled water for 2 h on a hot plate. The solvents and water from crude extracts were recovered under reduced pressure using rotary vacuum evaporator (Buchi, Switzerland) to get n-hexane extract, chloroform extract, methanol extract and water extract. Various extracts were subjected to phytochemical screening to ascertain various classes of phytoconstituents present therein [18].

The dried n-hexane, chloroform and methanol extracts were dissolved in 3 ml of respective solvents, and their volume was made up to 5 ml in volumetric flasks. Ten microliters of the standard solution of each extract was loaded on TLC plates using Camag Linomat 5.

The thin layer chromatograms were visualized by spraying with 0.5 % anisaldehyde followed by heating at 105° for 2 min[19]. Similarly, TLC fingerprint profile of volatile oil extracted from fresh aerial parts was performed.

A. pindrow is a tall evergreen tree having conical crown with level branches. The leaves are needle-like in shape, dark green in colour, 3-8 cm in length, 0.2- 0.4 cm width, perfumery odour and bitter taste. Stems are greyish-pink to buff-brown, smooth and glabrous (hairless). Table 1: Mean Values of length and width of Trichomes, Bordered Pitted Vessels and Pericyclic Fibres of A. Pindrow aerial parts

Table 6: Microbial and Pathogen content in A. Pindrow aerial parts

*Spots were visualized by spraying with 0.5% anisaldehyde followed by heating for 2 min at 105º 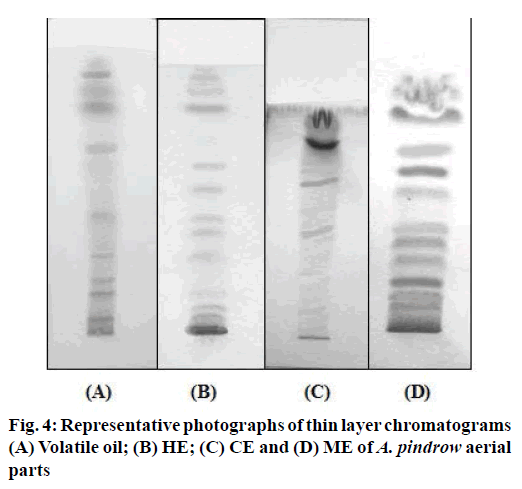 Figure 4: Representative photographs of thin layer chromatograms
(A) Volatile oil; (B) HE; (C) CE and (D) ME of A. pindrow aerial parts