Swetiamarin is one of the phytoconstituents present in Enicostemma littorale Linn. Enicostemma littorale is known for its hypoglycemic activity from ancient times. In the present study an attempt has been made to develop a HPTLC method for quantitative estimation of swetiamarin in plants and different marketed antidiabetic polyherbal formulations. This HPTLC method was found to be reproducible, accurate and precise and could detect swetiamarin concentration at nanogram level. The developed HPTLC method would be an important tool in the way of acceptability of quality control method of polyherbal formulations.

Diabetes mellitus has been recently identified by Indian Council of Medical Research (ICMR) as one of the refractory diseases for which satisfactory treatment is not available in modern allopathic system of medicine and suitable herbal preparations are to be investigated [1]. Approximately 3300 million people in the underdeveloped countries use medicinal plants on a regular basis while there has been great fascination for the herbal medicines and dietary food supplements in the developed countries [2]. India has a rich heritage of usage of medicinal plants in the Ayurvedic, Siddha and Unani system with a mention of about 45 000 plants [3-4]. A large number of plant preparations have been reported to possess antidiabetic activity over last several decades [5]. A database of natural hypoglycemics collected by researchers in Mexico lists almost 800 plants. Researchers in India have documeted the use of over 150 plants in families with reported hypoglycemic activity [6]. A recent crosscultural compendium cites over 1 200 medicinal plants used for diabetes [7].

Diabetes is a heterogeneous chronic metabolic disorder characterized by hyperglycemia resulting from defect in insulin secretion and/or deficiency of insulin secretion. Large number of polyherbal formulations (PHFs) are available and being prescribed nationwide even by registered doctors for diabetes mellitus. The rational for the use and compliance are either not available or known for these herbal formulations. Majority of herbal drugs are polyherbal combinations, whose rationality is yet to be proved in all the cases. Standardization is an essential measurement for ensuring the quality control of the herbal drugs.

Enicostemma littorale Linn. Gentianaceae is well known to possess antihyperglycemic, anticholesterol, immunosuppressive, antiulcerogenic, anti sepermatogenic and androgenic activities [8-10]. One of the active principles reported to be responsible for various actions is swetiamarin [11-13]. All the three selected PHFs contain Enicostemma littorale as one of the plants. The reference standard swetiamarin is not available commercially, swetiamarin had to be isolated, purified and the structure authenticated by various spectral analysis. Therefore an attempt has been made to develop a HPTLC method which is fast, precise, sensitive and reproducible with good recoveries for standardization of polyherbal formulations.

Ten milligrams of working standard swetiamarin was dissolved in 100 ml of chloroform to yield stock solution of 100 µg/ml concentration. Calibration curve from 50-1000 ng/spot was prepared and checked for reproducibility, linearity and validating the proposed method. The correlation coefficient, coefficient of variance and the linearity of results were calculated.

Two hundred milligrams of each PHF was taken and extracted in 10 ml of chloroform by shaking and filtered through Whatman filter paper No. 42. The final volume was made to the mark and swetiamarin content was determined through HPTLC. The dried aerial part of Enicostemma litorrale (50 mg) was extracted with approx. 10 ml of chloroform and filtered. The filtrate was collected in a precalibrated test tube and made up the volume to 2 ml with chloroform.

The extract was chromatographed on silica gel 60 G F254 precoated plates (10×10 cm) were used with benzene:methanol (80:20, v/v) as solvent system. TLC plates were developed up to 8 cm length. The plates were sprayed with 10% sulphuric acid in alcohol and the reagent was prepared fresh, heated at 130° for 2-3 min and brought to room temperature. Violet spot with Rf 0.32 was visible and scanned under 536 nm. The contents of swetiamarin in the selected PHFs were determined by comparing area of the chromatogram of PHFs with calibration curve of the working standard of swetiamarin. 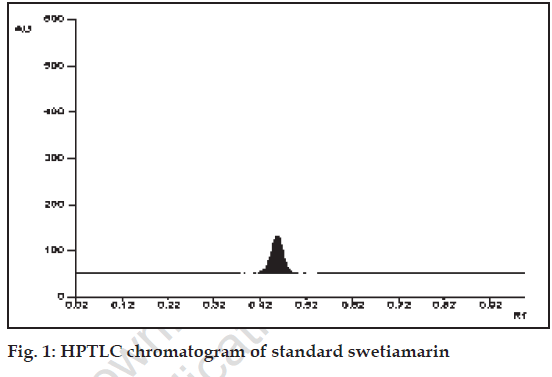 Table 1: Results of Recovery Study of The Method

Data revealed that PHFl contained highest quantity of the swetiamarin. We found little less amount of swetiamarin in PHFd and PHFj. It may be due to varied reasons like time of collections, age of the plant, processing conditions, incorrect identification of the plant, improper selection of the herb variety, addition of exhausted material and genetic variety of the plant material.