Liver fibrosis is a chronic liver injury process and its causes may be relevant to long-term alcohol abusing, virus infection, obesity and familial inherited diseases[1]. Studies have shown that a variety of cells participate in the development of liver fibrosis, such as hepatocytes, cholangiocytes, bone marrow-derived cells and especially Hepatic Stellate Cells (HSC)[2]. During the pathological process, proinflammatory and profibrotic factors promote the activation and proliferation of these cells into myofibroblasts. These myofibroblasts produce excessive extracellular matrix that eventually leads to liver fibrosis and further liver cirrhosis, liver failure and even HSC[3]. The latest study considered liver fibrosis as a dynamic and reversible process[4] and found that retinoic acid and peroxisome proliferator-activated receptor gamma signaling pathway cooperate to reverse liver fibrosis[5], suggesting a reversible repair process for liver fibrosis. Targeting and alleviating liver fibrosis at an early stage is critical before developing into irreversible liver diseases like advanced cirrhosis and irreversible liver disease. Because there are currently no direct drugs for relieving or reversing liver fibrosis, new drug research and development has become a research hotspot. Artesunate is a semi-synthetic derivated product of artemisinin drugs and is one of the most commonly used for malaria. Artemisinin was extracted from Chinese medicine Artemisia apiacea by 2015 Nobel Prize winner Tu Youyou. Recent studies have found artesunate’s attenuation on liver fibrosis. Artesunate could considerably depress the Hydroxyproline (HYP) content and the expression of Matrix Metalloproteinase (MMP)-2, MMP-9, alpha- Smooth Muscle Actin (α-SMA) and collagen I in the rat model of liver fibrosis. Presume that it inhibits the activation of HSC[6] with research on the inhibition of artesunate on liver fibrosis progress going further, this study intends to explore the effect of artesunate on Epithelial-Mesenchymal Transition (EMT) and c-Jun N-Terminal Kinase (JNK) signaling pathways, in order to offer a theoretical groundwork for the clinical treatment of liver fibrosis.

Select 18 male rats at age of 6 w and weighing 160~200 g and breed them at temperature of 18°~22°, humidity of 50 %~60 %, enabling them to drink water and feed freely. Randomly take 6 untreated rats as the control group and construct a rat model of liver fibrosis with another 12 rats after adaptive feeding for a week, intraperitoneal inject 50 % Carbon tetrachloride (CCl4) olive oil solution for 1 ml/kg at the frequency of twice a week. After successful modeling, randomly divide them into model group and artesunate group, with 6 rats in each group. The artesunate group received 20 mg.kg-1.d-1 intragastric gavage and the rest 2 groups were given equal amounts of normal saline and killed after being fed 4 w.

Quantificational and in real time, detect the liver tissues messenger Ribonucleic Acid (mRNA) expression of α-SMA and collagen I by PCR. Prepare cell suspension and adjust the density to 1×106 cells/ ml. Add 1~2 ml of cell suspension to every well of six-well plates. After cells adhered to the wall evenly, abandon the supernatant, shower cells with Phosphate-Buffered Saline (PBS) and treat them with Dimethyl-Ketoglutarate (DMKG) at 1 mM and 8 mM concentrations that did not affect cell survival rate. Treat the normal control group with PBS solution. After 24 h, extract RNA to perform PCR reactions quantitatively and in real time.

Detection of the expressing of α-SMA, collagen I, Slug, N-cadherin and JNK-related pathway proteins in rat liver tissues with Western blot: Cell culture intervention methods are the same as that in total cell protein extraction. Rinse cells 2 to 3 times with PBS and add 0.5~1 ml of the protein lysate to each well and mix well. Detect protein concentration with BCA after centrifugation.

Kill the experimental rats after 4 w molding and take specimens of the liver right lobes and fix them in 4 % paraformaldehyde solution for 24 h. Test the effect of DMKG on hepatic stellate cell fibrosis by Masson staining. Routinely dewax paraffin sections in distilled water and stain them with Masson composite staining for 5~10 min. After washing with 0.2 % acetic acid 1 % phosphotungstate acid and 0.2 % acetic acid solution, dehydrate them with gradient alcohol. Observe under a light microscope after transparentizing and sealing.

Statistical data were analyzed with Statistical Package for the Social Sciences (SPSS) 20.0 software. Measurement data in this study were consistent with normal distribution and expressed with (x̄ ±s), compare data between multiple groups by singlefactor variance analysis, conduct comparison among groups by Least Significance Difference (LSD)-t statistical analysis. The difference was of statistical significance (p<0.05).

Table 2: Analysis on mRNA and Protein Expressing of α-SMA and collagen I in liver tissues from each group (x̄±s)

Compared with the control group, Slug and N-cadherin protein contents exceed far beyond in the model group (p<0.05) and that in the artesunate group were obviously lower. The difference was statistically significant (p<0.05) as shown in Table 3.

Table 3: Analysis on slug and N-cadherin protein expressing in liver tissues from each group (x̄±s)

Liver fibrosis is a compensatory relection to chronic liver injuries and inflammation caused by many kinds of chronic injuries. The current accepted associated mechanism is the Damage-Associated Molecular Pattern (DAMP)-Reactive Oxygen Species (ROS) and inflammatory mediators are released from injured hepatocytes, triggering nonspecific immune reactions. The liver Nuclear Factor kappa-B (NF-κB) induces kinase to be activated and lipid peroxides, Tumor Necrosis Factor (TNF)-Related Apoptosis- Inducing Ligand (TRAIL) and hedgehog ligand are secreted from leukocytes. Together these chemistry cause activation of HSC and activated HSC leads to increased proliferation, scarring formation, contraction, reduction of matrix degradation and fibrosis[7], resulting in massive accumulation of extracellular matrix. It can be seen that HSC works in the process of liver fibrosis and perhaps effectively blocking liver fibrosis can be achieved by inhibiting HSC activation. And HSC inhibition can be realized by reversing the trans-differentiation of HSCs into myofibroblasts, cutting down the fibro activity of HSC and inducing the deaths or apoptosis process of HSC.

It's reported that sorafenib can function as a tyrosine kinase inhibitor to induce death of auto phagocytes on HSC via the Protein Kinase B (Akt)/mammalian Target of Rapamycin (mTOR)/p70S6K and JNK signal pathway[8]. Some studies have found that Tetrandrine can inhibit TNF-α and HSC activation. The mechanism is that it inhibits Transforming Growth Factor beta (TGF-β)-Activated Kinase-1 (TAK1) and JNK phosphorylation and it can reduce expression of α-SMA and TNF-Receptor- 1-Concerned Death Domains (TRADD)[9]. In the Platelet-Derived Growth Factor (PDGF)-induced rat model of liver fibrosis, white peony root extracts (including phenol) has been proved to depress HSC migrating and collagen protein producing. This outcome is thought to be linked with the inactivation of extracellular signal-regulated kinase, p38 and JNK[10]. So the JNK pathway functions elementally in HSC activation and even in the development of liver fibrosis. As a component of the Mitogen-Activated Protein Kinase (MAPK) pathway, JNK has three isotypes, i.e. JNK1, 2, and 3. JNK1 and JNK2 are expressed in most types of cells, including endothelial cells, while JNK3 mainly exists in neuronal tissue[11]. JNK signal pathways are mainly activated by cytokines or being exposed to environment[12]. These extracellular stimuli trigger the activation of MAP, followed by phosphorylation of Mitogen Kinase Kinase 4 (MKK4) and MKK7, which are isotypes of mitogen activated protein kinase. MKK is a specific protein kinase that phosphorylates JNK at Thr183 and Tyr185. JNK exclusively phosphorylates the transcription factor c-Jun at two serine residues Ser63 and Ser73 in the N-terminal trans-activation domain. JNK and c-Jun make transcription factors active including activator protein 1, activating transcription factor 2, Elk-1, p53 and c-Myc, thereby regulating genes in the downstream involved in apoptosis, proliferating and differentiating[12]. Additionally, the JNK cascade reaction is regulated by Notch, NF-κB and any other signal pathway[13].

Artesunate (Anti-Retroviral Therapy (ART)), a sort of small molecule of artemisinin isolated from Chinese medicine Artemisia apiacea, drastically depresses the development of liver fibrosis, by down regulating bovine serum albumin-induced rat MMP2 and MMP9[14]. Nevertheless, there are merely a small amount of published studies having investigation on the anti-fibrotic properties of ART[15]. In Myelodysplastic Syndrome (MDS) cells (skeletal muscle-1 cells), ART regulates cell apoptotic by depressing the expressing of c-Myc and cyclin D1, the downstream targets of the Wnt/β- catenin signal pathways[16]. Artemisinin has also been clarified to depress Focal Adhesion Kinase (FAK), Akt and Glycogen Synthase Kinase-3 β (GSK-3 β). Artesunate inhibits HSC proliferating and activating and promotes cell apoptosis along the FAK/Akt/β- catenin pathways Lv[17]. One study indicated that artesunate could also have an anti-fibrotic function by depressing ferroptosis in the activated HSC[18]. This study found that the serum ALT and AST contents were dramatically decreased after the artesunate intervention in rats with liver fibrosis, which further clarified the effect of artesunate against liver fibrosis. But it’s unclear whether a new mechanism is involved. This study pointed out that Slug and N-cadherin contents in artesunate group were noticeably less than that in the model group and p-JNK and p-c- Jun protein contents in artesunate group lag behind that in the model group. Previous researches have confirmed functions and mechanisms of various molecules in the process of EMT participating in liver fibrosis and confirmed that TGF-β 1 promotes EMT in liver cells and accelerating the process of liver fibrosis. EMT process is involved in common liver pathways of liver fibrosis such as hedgehog signaling pathway, TGF-β signaling pathway and extracellular signal-regulated kinase signaling pathway[19]. The study found that Dihydroartemisinin (DHA) in high ROS cell microenvironment induced the phosphorylation of JNK1/2, a downstream target of ROS, increased the autophagy of activated HSCs, reduced the secretion of Interleukin (IL-4) and IL-6 inflammatory factors in cell supernatants, and further inhibited inflammation-induced HSC activation[20].

Based on above, artesunate can effectively inhibit the progress of liver fibrosis and the mechanism may be related to blocking the EMT and regulating the JNK pathway.

Cunwei Pan and Liangqi Li have contributed equally to this work. 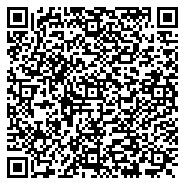