Early glottic carcinoma is a common type of laryngeal carcinoma, which is limited to glottic tissue, does not invade surrounding muscle and cartilage, and does not appear lymph node metastasis. Its pathogenesis is complex, which is considered to be the result of multiple factors, including smoking, drinking, occupation, air pollution, trace elements and sex hormone deficiency. Not timely treatment will not only affect the quality of daily life and work of patients, but also threaten their life safety[1]. Therefore, early diagnosis and treatment is particularly important. Surgical resection is a common treatment for early glottic carcinoma, but surgical resection can easily change the anatomical structure of the larynx, resulting in poor voice quality, difficulty in pronunciation and glottic air leakage, which seriously affects the quality of life of patients[2]. In recent years, with the continuous improvement of surgical instruments such as microscope, laryngoscope and laser, more and more scholars are committed to the study of surgical methods that can completely remove tumor and retain laryngeal function. Transoral laser surgery (TLS) is one of the effective methods to treat some glottic, supraglottic and hypopharyngeal carcinoma[3]. TLS is a microsurgical operation, which can distinguish healthy and diseased tissues, and perform limited resection, while preserving adjacent non diseased tissues. TLS also reduces the need for tracheotomy and nasogastric tube operations. In addition, selecting the right patients can achieve the same oncological results as open surgery[4]. Nevertheless, there are still some deficiencies in TLS. Some studies have reported that although TLS has a relatively low incidence of complications[5], intraoperative and postoperative complications such as bleeding, dyspnea or burning of endotracheal anesthesia intubation may Although rare, airway ignition is also a risk and this particular technique is confined to only early glottic carcinoma[6,7]. Therefore, in this study, we selected 72 cases of early glottic carcinoma as the research object, and analyzed the value and effect of TLS treatment, so as to provide reference for clinical diagnosis and treatment. A total of 72 patients with early glottic carcinoma diagnosed by pathological biopsy in our hospital from May 2017 to November 2019 were included in the study. There were 42 males and 30 females, aged 34-76 (57.25±8.30) y; the course of disease was 3-26 (9.75±2.81) mo; 31 cases were bilateral lesions, 30 cases were unilateral lesions, and 11 cases were located in laryngeal chamber; pathological types: 2 cases of carcinoid, 1 cases of small cell carcinoma, 3 cases of malignant fibrous tissue carcinoma, 5 cases of neuroendocrine carcinoma and 61 cases of squamous cell carcinoma; Tumor nodes metastases (TNM) stage: Carcinoma in situ (Tis) stage 4 cases, Tumor 2 cm or less in greatest dimension (T1) a stage 59 cases, T1b stage 5 cases, Tumor more than 2 cm but not more than 4 cm in greatest dimension (T2) stage 4 cases. They were randomly divided into control group (n=36) and observation group (n=36). The clinical data of the two groups are shown in Table 1. Inclusive criteria: the first diagnosed case; preoperative enhanced computed tomography (CT) examination and fibrolaryngoscope examination showed no lymph node metastasis and thyroid cartilage invasion; no other antitumor treatment; informed of this study and voluntarily signed informed consent.

Table 1: Comparison of General Clinical Data between the Two Groups 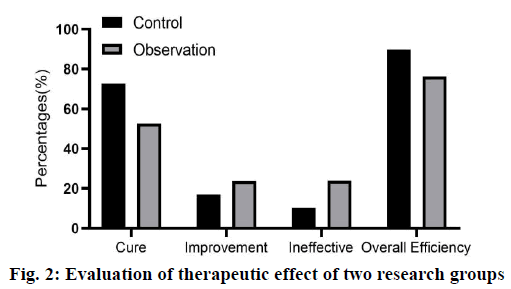 Figure 3: Comparison of VEGF, NO and TNF-α levels between the two groups before and after operation 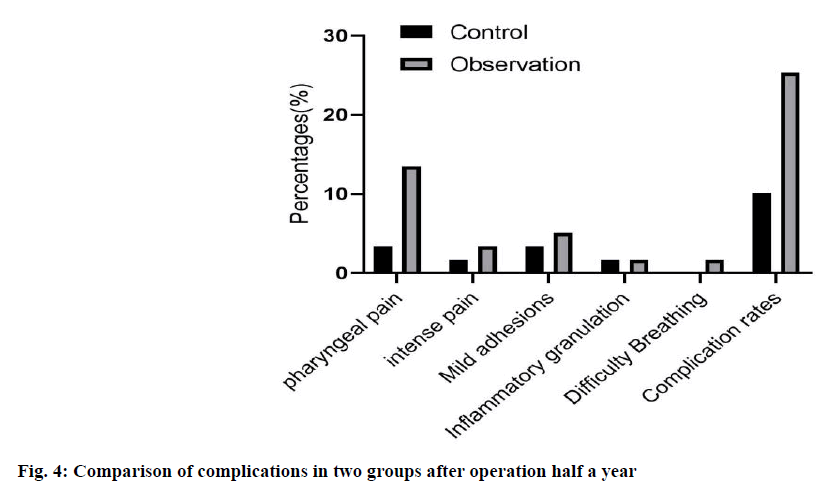 Figure 4: Comparison of complications in two groups after operation half a year

Figure 5: Comparison of immune cell levels between the two groups before and after treatment

This work was supported by the Special Technology for Diagnosis and Treatment of Key Clinical Diseases in Suzhou (NO. LCZX201723).