Table 1: Detection Of The Image Features Of Caah By Mri And Swi

Table 2: Comparison of Image Quality Between Mri And Swi 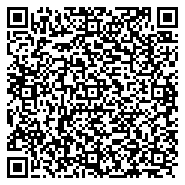