The present study depicts the development of a validated RP-HPLC method for the determination of the pamabrom in presence of degradation products or other pharmaceutical excipients. Stress study was performed on pamabrom and it was found that it degrade sufficiently in acidic, alkali and oxidative condition but less degradation was found in thermal and photolytic condition. The separation was carried out on Enable G 120 A 0 (250×4.6 mm, 5 µ) column having particle size 5 µ using methanol: water (75:25 v/v) with pH 4.0 adjusted with ortho phosphoric acid as mobile phase at flow rate of 1 ml/min.The wavelength of the detection was 280nm. A retention time (R t ) nearly 3.9 min was observed. The calibration curve for pamabrom was linear (r2 = 0.9997) from range of 10-60 µg/ml with limit of detection and limit of quantification of 1.41 µg/ml and 4.28 µg/ml, respectively. Analytical validation parameter such as selectivity, specificity, linearity, accuracy and precision were evaluated and relative standard deviation value for all the key parameters were less than 2.0%. The recovery of the drug after standard addition was found to be 101.35%. Thus, the developed RP-HPLC method was found to be suitable for the determination of pamabrom in bulk as well as stability samples of tablets containing various excipients.

Stability studies are an integral part of the drug development program. The need for the stability studies on a drug candidate arises from the fact that the chemical integrity of the drug substance should be maintained until the compound is delivered to the intended site of action. Any form of chemical instability may affect the bioavaibility and can further lead to toxic effects [1]. International Conference on Harmonization (ICH) has made mandatory requirement of stability-indicating assay method (SIAM) for every drug candidate. A SAIM is a validated qualitative analytical procedure that can detect the changes with time in the properties of the drug product and drug substance under defined storage condition. In this study, the drug candidate is exposed to a variety of stress condition like acidic, alkali, oxidative, thermal and photolytic [2].

As per ICH guideline stress testing of the drug substance aids in identifying degradation products and mechanism of breakdown, the condition under which this breakdown occur, and appropriate methodology for assessing stability it can also help in establishing the degradation pathway [3].

Pamabrom chemically, 2-amino-2-methyl-propanol 8-bromo theophylline is a weak diuretic (fig. 1). It is soluble in water and methanol, it is white crystalline powder. It is effective in treating dysmenorrhoea and premenstrual syndrome [4]. It is only official in United State Pharmacopoeia [5]. Literature review reveals that various analytical methods like UV Spectrophotometry [6], HPLC [7], HPTLC [8], human plasma [9] and other analytical methods have been developed for individually and combination with other drug. However, no stability indicating RP-HPLC method was developed for estimation of pamabrom in pharmaceutical dosage form. The ICH [10,11] guideline entitled “Stability testing of new drug substances and products” requires that stress testing be carried out to elucidate the inherent stability characteristics of the active substance. An ideal stability-indicating method is one that resolves the drug and its degradation products efficiently. Consequently, the implementation of an analytical methodology to determine pamabrom in presence of its degradation products is rather a challenge for pharmaceutical analyst. Hence, it was proposed to develop simple, accurate, precise and specific Stability indicating RP-HPLC method for estimation of pamabrom in pharmaceutical dosage form.

The pamabrom reference standard was kindly gifted by Suven Life Science Ltd (Hyderabad, India). Methanol and acetonitrile (ACN) were procured from Loba Chemi Pvt. Ltd., Mumbai, India as a solvent for the preparation of stock and working standard solution.

Accurately weighed 10 mg of pamabrom was transferred to 100 ml volumetric flask. The volume was made up to the mark with mobile phase to obtain stock solution of pamabrom having concentration 100 μg/ml. From this solution prepared working range concentration. Linearity range solutions conytaining 10, 20,30,40,50 and 60 μg/ml of pamabrom were prepared. 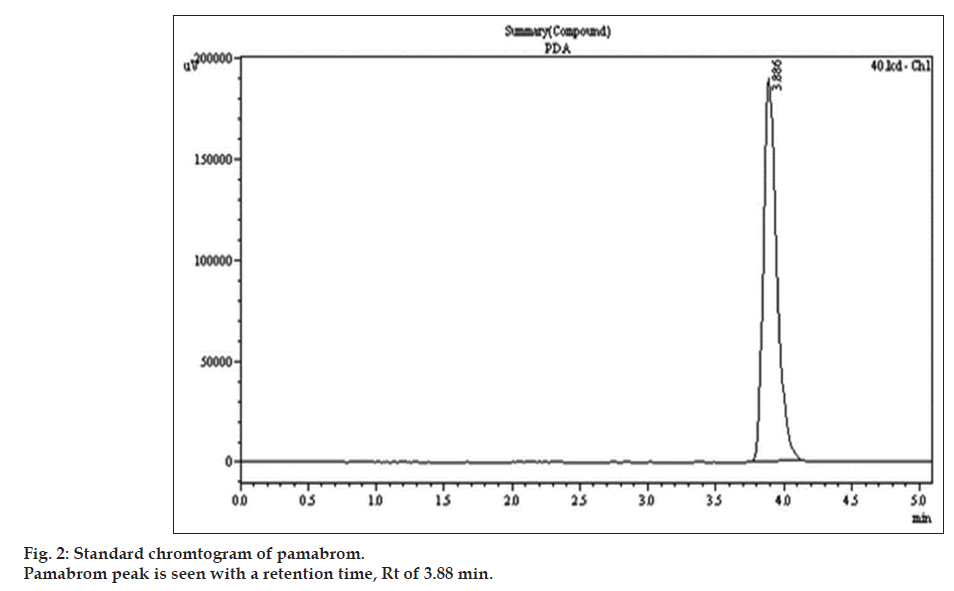 Fig. 2: Standard chromtogram of pamabrom.
Pamabrom peak is seen with a retention time, Rt of 3.88 min.

Seven hundred and fifty millilitres of methanol and 250 ml of water were mixed and pH of mixture was adjusted to 4.0 with ortho phosphoric acid. This mixture was sonicated for 10 min and filtered through 0.22 μm membrane filter and used as mobile phase.

The developed method was validated for different parameters like linearity, accuracy, precision, specificity, repeatability, limit of detection (LOD), limit of quantification (LOQ) and robustness [9]. Suitability of the chromatographic system was tested before each stage of validation. Five replicate injections of standard preparation were injected and Retention time, Tailing factor, number of theoretical plates, and relative standard deviation of peak area were determined.

Under proposed experimental conditions, the relationship between the area and the concentration of pamabrom was studied. The calibration curve was plotted between concentrations versus area by the prepared concentration of 10-60 μg/ml of stock solution, and r2 value was found to be 0.9997 (Table 1). Six replicate of prepared 10 μg/ml solution of pamabrom taken from different stock solution and measured area. The relative standard deviation (%RSD) was found to be less than 2 %, which indicates that the proposed method is repeatable.

Twenty tablets were accurately weighed and finely powdered. A quantity of the powder equivalent to 10 mg of pamabrom was extracted by shaking with 20 ml of mobile phase, followed by another two extractions each with 10 ml of mobile phase. It was filtered through Whatmann filter paper no. 42 to remove insoluble materials. The volume of filtrate was diluted to 100 ml with mobile phase (100 μg/ml). It was further diluted according to the need and then analyzed following the proposed procedures. The nominal content of the tablets was calculated either from the previously plotted calibration graphs or using regression equations (Table 2).

To find the accuracy of the method, the recovery experiment was carried out using the standard addition method. For the previously analyzed sample (20 μg/ml), a known amount of standard drug was added at 50, 100 and 150 % level. The contents were re-analyzed with the above described procedure (Table 3). LOD and LOQ were determined using the eqns., LOD = 3.3×σ/S and LOQ = 10×σ/S, where, σ is the standard deviation of the response and S is the slope of the calibration curve. The robustness of a method is its ability to remain unaffected by small changes in parameters like changes in Flow rate, change mobile phase composition, change in wavelength, and change in pH.

Optimizations of chromatographic conditions were performed to obtain the good peak shape and peak parameter (tailing factor, theoretical plates). For the selection of mobile phase initially methanol:water and ACN:water has been tried in different proportion but it gave poor peak shape and also poor system suitability parameters. Then ACN:methanol in different ratio have been tried but again obtained poor peak shape. Finally, methanol:water mixture was tried at pH 4 adjusted with orthophosphoric acid (75:25 v/v) at a flow rate of 1 ml/min was found to be satisfactory and good system suitability parameters. The average retention time (Rt) for pamabrom was 3.887±0.088. The tailing factor and theoretical plates for pamabrom were found to be 1.475±0.415 and 6166±0.944, respectively. The developed HPLC method was validated. The linear range, correlation coefficient, detection limit and standard deviation for pamabrom by HPLC method are shown in Table 1. Accuracy was determined by calculating the % recovery. The method was found to be accurate with % recovery between 98-102%.Precision was calculated as repeatability and intra and interday variation for pamabrom. The method was precise with % RSD less than 2%. The method was specific as no interference observed when the drugs were estimated in presence of excipients. The intensive approach described in this manuscript was used to develop and validate a liquid chromatographic analytical method that can be used for assay of pamabrom in a pharmaceutical dosage form. Degradation products produced as a result of stress did not interfere with detection of pamabrom and the assay method can thus be regarded as stability indicating. This HPLC method for assay of pamabrom in a tablet formulation was successfully developed and validated for its intended purpose. The method was shown to specific, linear, precise, accurate, and robust. Because the method separates pamabrom and all the degradation products formed under variety of stress conditions it can be regarded as stability indicating. This method is recommended to the industry for quality control of drug content in pharmaceutical preparations. From this study we can conclude that there was no special precaution required during manufacturing and storage of formulation because there was no observed any degradation at room temperature in any of the condition.

The author(s) thank Suven Life Sciences Ltd. for providing gift sample of pamabrom, and Ramanbhai Patel College of Pharmacy (CHARUSAT), Changa for providing the necessary infrastructure to carry out the research.