Difference spectrophotometric method was developed for the estimation of telmisartan in bulk drug and in pharmaceutical formulations. Telmisartan exists in two different forms in acidic and basic mediums that differ in their UV spectra. Difference spectrum, obtained by keeping telmisartan in 0.01 N NaOH in reference cell and telmisartan in 0.01 N HNO 3 in sample cell, showed two characteristic peaks at 295 nm and 327 nm with positive and negative absorbance respectively. Difference of absorbance between these two maxima was calculated to find out the amplitude, which was plotted against concentration. The method was found to be linear in the range of 2-12 μg/ml.

Telmisartan is described chemically as 4[(1,4-dimethyl-2-propyl(2,6-bi-1H-benzimidazol]-1-yl)methyl] [1,1-biphenyl]-2-carboxylic acid [1]. Telmisartan is a recently introduced angiotensin II receptor antagonist, for the treatment of essential hypertension [2,3]. It is useful in the treatment of mild to moderate hypertension, well tolerated, with a lower incidence of cough than ACE inhibitors [4]. Literature survey revealed that estimation of telmisartan is performed by RP-HPLC [5].

Stock solution of 100 μg/ml in methanol was prepared from standard drug. Suitable samples were taken in 10 ml volumetric flasks and volume made up with 0.01 N HNO3 and 0.01 N NaOH to prepare a series of standard solutions. Difference spectra were obtained by keeping basic form (in 0.01 N NaOH) in reference cell and acidic form (in 0.01 N HNO3) in sample cell. Difference of absorbance between 294 nm and 327 nm was calculated to find out the amplitude (Table 1). The three spectra A (acidic), B (basic), D(difference) were as shown in fig. 1. Twenty tablets each of Telma (40 mg) and Tetan (40 mg) were weighed and triturated. The powder equivalent to 50 mg of pure drug was transferred to 50 ml standard flask and the volume made up with methanol, and filtered through Whatman filter paper. The difference spectrum of appropriately diluted acidic and alkaline solutions was recorded as described above (Table 2).

Wavelengths of 294 nm and 327 nm were selected for measurement. The amplitude, which is the sum of magnitudes of absorbance at the above two wavelengths (294 nm and 327 nm), was selected for the preparation of standard curve. It was found that the Beer Lambert’s law was obeyed in the concentration range 2-12 μg/ml. The isobestic points at 275 and 297 nm revealed absence of interference due to additives. The linearly regressed equation for standard curve was represented by Y = 0.0119X+0.0876, where Y is the absorbance and X is the concentration.

An excellent correlation was found between amplitude and concentration with value r = 0.9995 and intercept 0.0876, and slope was found to be 0.0119. To study the accuracy, reproducibility and precision of the proposed method, recovery experiments were carried out by adding a known amount of standard drug to the previously analyzed sample and then the drug contents were estimated. The study revealed that 100.05±0.72% recovery was obtained.

The proposed method is simple, accurate, precise, sensitive, reproducible and inexpensive and can be potentially applicable for the estimation of telmisartan in tablets. 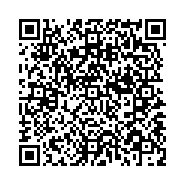