Table 1: Comparison of Recovery Process between the Two Groups

Table 2: Comparison of Vital Signs between the Two Groups before and after Intervention

Table 4: Comparison of Inflammatory Factors between the Two Groups before and after Intervention

Note: compared with before intervention, * was p<0.05.

Table 5: Comparison of Neuroendocrine Factors between the Two Groups before and after Intervention

FS in children are mainly caused by respiratory tract infection, accounting for about 30 % of convulsions in children[7], mainly due to the incomplete development of the central nervous system in children and abnormal discharge of brain nerves after the temperature rises to 38°[8]. In addition to drug treatment, it is very important to take effective nursing measures to improve the condition of children. Comprehensive nursing intervention is a widely used and effective nursing method, which is more systematic and comprehensive than conventional nursing intervention[9]. In this study, a comprehensive nursing team was set up before the intervention, and the team members were trained, which is helpful to improve the nurses’ cognition of comprehensive nursing and their attitude towards comprehensive nursing. In addition, we included clinicians and head nurses as instructors in the group, which indicated that the supportive attitude towards comprehensive nursing was conducive to creating a good atmosphere for nurses to implement comprehensive nursing. The results showed that the stopping time of convulsion, the time of fever abatement and the length of hospital stay of the observation group were shorter than those of the control group (p<0.05), indicating that comprehensive nursing for FS children is conducive to shorten the recovery time of children. According to the characteristics of FS as an emergency disease, FS nursing is divided into two parts: emergency nursing and daily nursing, which is helpful for nurses to clarify the priority of nursing intervention measures, improve the process of FS emergency nursing and make emergency treatment more efficient. In this study, the team members were asked to extensively consult the literature related to febrile children and FS, so as to determine the respiratory care and antipyretic intervention measures for children with FS and formulate the intervention plan. Mask oxygen supply and nasal catheter oxygen supply are two commonly used noninvasive oxygen supply methods in clinic, but nasal catheter oxygen supply fits the mask around the mouth and nose and is fixed on the head and face with bandage, which has a sense of restraint and occlusion and the compliance of children is poor[10]. In order to reduce the discomfort of children with FS, bilateral nasal catheters were preferred in this study. Physical cooling is a common antipyretic technique for patients with high fever, including warm water bath, alcohol bath and ice compress. Ice compress is an important measure to reduce brain temperature and protect brain cells in children[11]. However, alcohol volatilizes quickly, which can play a role of rapid cooling. Therefore, ice compress and alcohol bath were selected as physical antipyretic methods in this study. After 2 d of intervention, HR and RR in the observation group were significantly lower than those in the control group (p<0.05). NSE and BDNF are important indicators to evaluate brain injury[12]. The results of this study show that the levels of NSE and BDNF related to brain injury in the observation group are more obvious after intervention, which is related to higher quality of comprehensive nursing and shorter duration of symptoms in FS children. In addition, interleukin-6 (IL-6) is a pleiotropic cytokine with a wide range of functions. IL-6 can regulate the growth and differentiation of a variety of cells, regulate immune response, acute phase response and hematopoietic function and play an important role in the body’s anti infection immune response[13]. CRP is an acute phase protein synthesized by the liver and its serum level can reflect the degree of inflammatory reaction[14]. The results show that the levels of serum CRP and IL-6 in the experimental group after treatment were significantly lower than those in the control group, suggesting that comprehensive nursing can help to reduce the inflammatory reaction, improve the clinical symptoms of children and promote the recovery process of children. In conclusion, the application of comprehensive nursing in children with FS is conducive to improve the quality of care and parents’ satisfaction, shorten the recovery process of children, more effectively control the level of neuroendocrine factors and inflammatory reaction and promote the recovery of children’s vital signs.

This work was supported by the Zhongda Hospital, Southeast University. 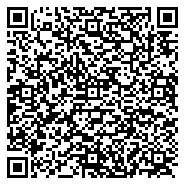